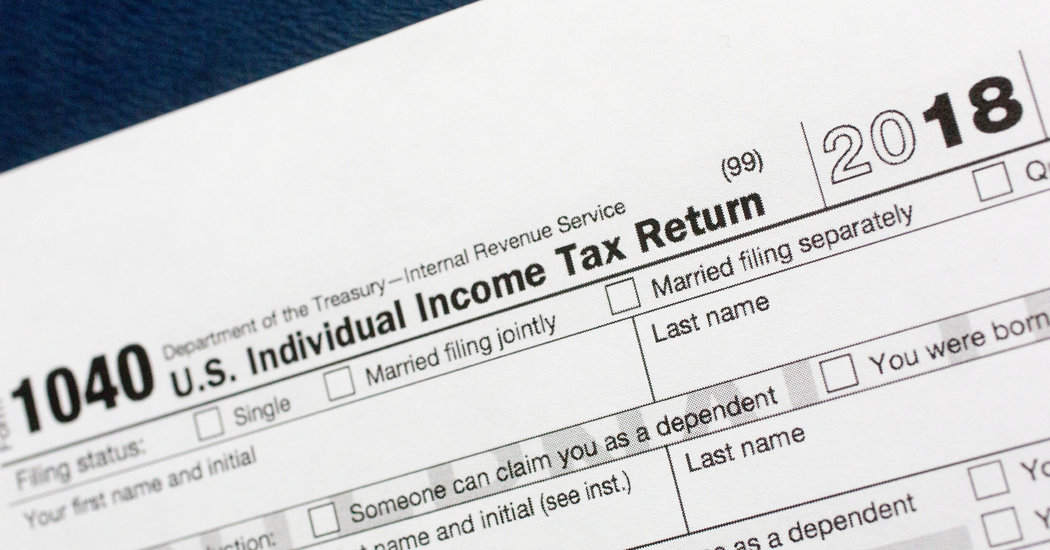 Some level of bafflement attends tax-filing season every year. But in 2019, as Americans examine their returns for the first time under the full effect of the sweeping new Republican tax law, the situation is the most cryptic in memory. Some tax breaks have been erased or capped, while others have been expanded or introduced.

This is equal-opportunity anxiety. Blue-state professionals feel micro-targeted by new limits on state and local tax deductions, while filers elsewhere can’t figure out why they’re no longer getting a fat refund, if the law was supposed to be so good for them.

We asked accountants across the country to tell us their clients’ most common queries. Here are some answers.

1. I thought my tax bill was going to decrease. What happened?

For many people living in high-tax states like New York, California, New Jersey and Connecticut, there’s one overriding reason their tax bills have risen: Their state and local tax deduction, known as SALT, will be capped at $10,000. This includes state and local income taxes, as well as real estate taxes.

New York City residents, for example, often have state and city taxes that total nearly 10 percent of their income, she added. So if your state and local taxes already exceed the $10,000 limit, you lose the ability to deduct any of your property taxes.

As a result, some families may find that instead of itemizing, it’s better to take the larger standard deduction. “But even if you can still itemize, your total deductions will be limited regardless,” said Ms. Salandra, “which may likely result in higher taxes.”

Her property-owning clients with incomes in the $200,000 to $400,000 range are feeling the most significant pinch. Though their tax rates have decreased, that usually does not make up for the loss of their largest itemized deductions.

Your Taxes 2019
More news, answers and guidance for taxpayers.

2. I was told there would be a tax cut for most people. So why is my return showing a tiny refund, or even an amount due?

In early 2018, the I.R.S. took its best shot at offering guidance to employers about how to change tax withholding from paychecks. In general, it suggested decreases, since the 2017 law was supposed to be a cut. That should have resulted in bigger paychecks for most people.

But if you were an employee receiving those checks, you may not have noticed the increase. If that was the case, you won’t be seeing the usual April refund: You’ve already gotten it, just parceled out into slightly higher 2018 paychecks.

Want to get a refund next year? If that’s your goal, Julie A. Welch, a Leawood, Kan., accountant, suggests using the I.R.S. withholding calculator to adjust your paycheck. Most people never bother.

3. Should I take the standard deduction or itemize my deductions this year?

Before breaking down what’s changed, let’s back up and explain the basics: Taxpayers are entitled to take a standard tax deduction amount, or they can itemize their deductions individually; they can deduct whichever amount is higher, resulting in a lower tax bill.

Under the new tax law, the standard deduction has doubled (to $12,000 for individuals and $24,000 for joint filers), while several itemized deductions have been eliminated or limited. TurboTax estimates that as a result, nearly 90 percent of taxpayers will now take the standard deduction, up from about 70 percent in previous years. To help you figure out the best choice, the company has posted a three-step interactive tool on its blog.

4. Have any popular deductions and credits changed? What did we lose, and what can I still claim?

5. Is it true that alimony is no longer deductible?

Under the previous law, spouses paying alimony could deduct those payments on their returns, while the recipients had to include the income on theirs. That remains the case for divorce agreements finalized on or before Dec. 31, 2018 (unless a couple changes the agreement after then). Therefore it’s true for returns filed this year.

But for divorces completed in 2019 and later, alimony payments will no longer be deductible, and recipients will not have to include them on their returns, added Mr. Mickey, who is also a member of the American Institute of Certified Public Accountants’ personal finance specialist committee.

6. I heard that small business owners can’t deduct meals and entertainment anymore. Is that true?

It’s half true, said Carol McCrae, a certified public accountant in Brooklyn. You can no longer deduct entertainment or amusement, generally defined as taking a client to, say, a basketball game. But you can still deduct 50 percent of what you spend on meals, as long as you are dining with clients, traveling for business or attending a business convention (or something along those lines). The meals cannot be lavish or extravagant — so forget about the tasting menu at Le Bernardin. Providing meals to employees for an office party or a meeting, she added, are still 100 percent deductible.

There are specific rules you may need to follow. If you paid for a show and dinner on one bill, for example, it must be itemized — and the amount paid for meals must be clearly stated. If it’s not, she added, then no deduction is allowed.

7. Do I qualify for pass-through status and its 20 percent deduction?

The new tax laws allow some business owners — those who are set up as so-called “pass-through” companies — to deduct 20 percent of their qualified business income. Cue the rush to the tax professionals.

All of Mr. Garofalo’s clients at Brass Taxes are self-employed, but many of those who have asked him about the new rules don’t realize that they are already pass-throughs, where income passes through the business to the owner’s personal tax returns. “If you earn money without taxes being taken out, poof, you’re in business,” he said.

Anyone like that in any profession who is set up as a sole proprietorship, partnership or an S corporation (but not a C corporation) qualifies, as long as they are making less than $315,000 and filing taxes jointly, or under $157,500 for other taxpayers. Beyond those income levels and tax structures, it gets complicated and many professions get excluded. The Internal Revenue Service, the Tax Policy Center and the American Institute of Certified Public Accounts have all published good primers.

8. I have a taxable estate. Should I reconsider gifts I’ve given to family members?

The estate tax affects wealthy people. The amount that people can pass on to heirs without federal tax consequences has roughly doubled. In 2019, it’s $11.4 million per person.

But in 2026, unless Congress acts, it goes back to $5 million (adjusted for inflation), which is what it was in 2017. State estate taxes can cloud the picture too.

Micaela Saviano, a senior manager at Deloitte Tax in Chicago, said that, especially, if you hold an investment that is likely to increase in value, it may be better to hand it down to the next generation now. That way, the growth accrues to the younger person’s estate.

And paying the federal gift tax now may make sense. Otherwise, the estate may have to pay estate taxes later, using part of the estate itself.