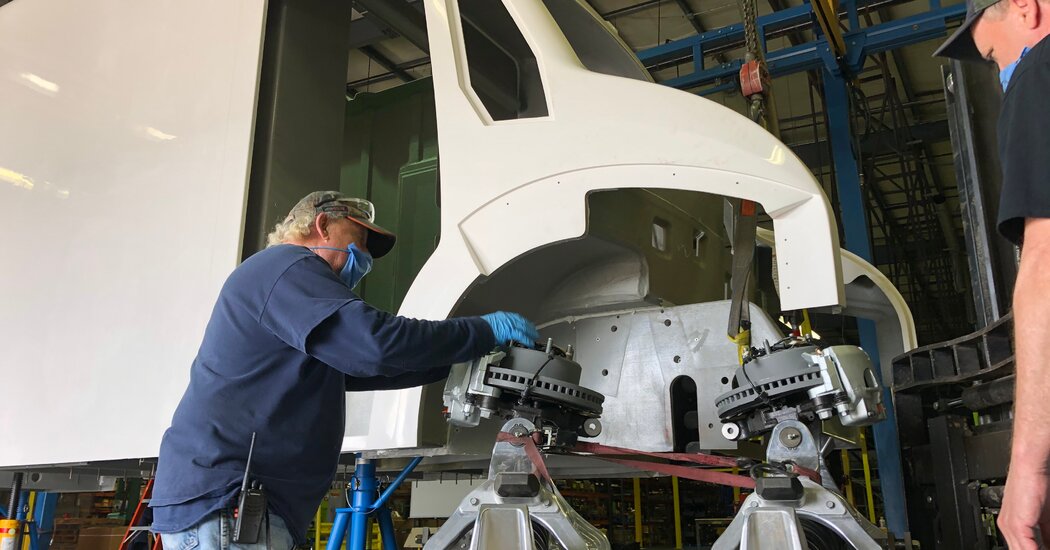 Workhorse, a start-up striving to be a major producer of electric delivery vans, got bad news on Tuesday: It lost out on a $482 million deal to make tens of thousands of vehicles for the United States Postal Service. And now investors are punishing its stock.

The company’s shares fell by almost 50 percent on Tuesday after the Postal Service announcement and were down an additional 14 percent in morning trading on Wednesday.

Workhorse, an Ohio-based company with a factory in Indiana, was counting on the postal contract to provide a surge in revenue. By early February, its shares had risen from under $2 to more than $40 in less than a year, largely on hopes it would win all or part of the postal contract. Instead, the Postal Service awarded the work to Oshkosh Defense, a subsidiary of the Oshkosh Corporation of Wisconsin that makes military vehicles and mobility systems.

Under an initial deal for what the Postal Service is calling its next-generation delivery vehicle, Oshkosh is to complete the design and then assemble 50,000 to 165,000 vehicles over 10 years.

The Oshkosh vehicles will be equipped with either fuel-efficient gasoline engines or electric batteries, and they will be retrofitted to keep pace with advances in electric vehicle technology, the Postal Service said. Workhorse proposed delivering an all-electric order.

Workhorse Group, which employs about 130 people and had sales of less than $1 million in the first nine months of last year, was a bit of a David to the Goliath of Oshkosh, whose corporate revenue was $8.4 billion in the 2019 fiscal year.

On Wednesday, Workhorse said in a statement that “pursuant to the bid process rules,” it had asked the Postal Service for more information, and that it “intends to explore all avenues that are available” to an unsuccessful finalist in a government bidding process.