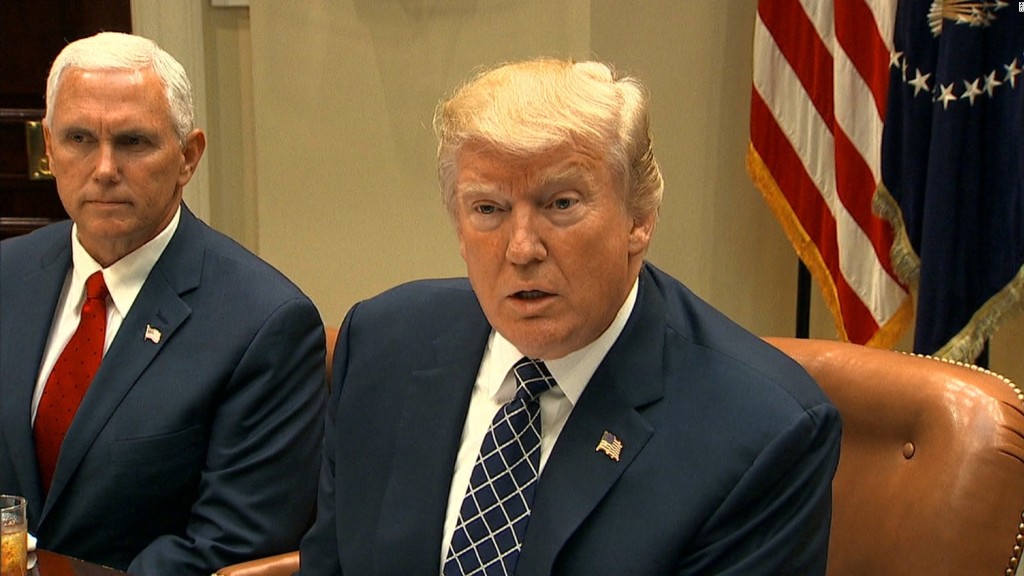 President Trump’s latest plan to repeal Obamacare is just to let the law fail on its own. He might have to wait a while for that to happen, however.

Obamacare will not collapse nationwide in a spectacular fashion. But its health will vary widely from county to county.

There’s no doubt Obamacare is already deeply troubled in some areas, particularly where insurers have fled or have jacked up premiums.

But overall, experts say, the market has been on the mend this year. Many insurers stemmed the bleeding in early 2017 and some are on the path to profitability, according to a recent report by the Kaiser Family Foundation. Other analyses have come to similar conclusions.

“Most carriers will stay and likely be in good shape financially in 2018,” said Robert Laszewski, a health care consultant and longtime critic of the law. “The individual health insurance market will not collapse.”

Also, a large component of Obamacare is the expansion of Medicaid to low-income adults. This program is working well in the 31 states that chose to expand, extending coverage to roughly 11 million people.

What failure means: Obamacare, however, could begin to fail in certain areas next year, particularly in rural counties. That would typically mean that all insurers pull out, leaving consumers who buy their own policies with no choice of subsidized coverage on the Obamacare exchange — or in some cases, any individual market coverage at all.

At the moment, there are roughly 25,000 people in 38 counties in Nevada, Ohio and Indiana at risk of suffering from an Obamacare failure next year. They will have no options on their state exchanges unless another carrier steps in.

Other Americans may also consider Obamacare a failure if their premiums and deductibles are so high that they either can’t afford to buy a policy or, if they have one, can’t afford to use it because of the cost.

More than eight in 10 Obamacare enrollees are shielded from insurers’ rate hikes because they receive federal subsidies that cover at least 90% of the monthly cost. More than half also qualify for cost-sharing subsidies that lower their deductibles and out-of-pocket costs.

But that still leaves several million people who make too much to qualify for these subsidies or who buy individual policies outside of the exchanges facing rising premiums.

Related: Obamacare in 2018: Many will pay the price of Washington’s uncertainty

Alive, but troubled: While the market is healthier, it’s still not working very well. Some of the problems predate the Trump administration: Some insurers still find their customers are sicker than expected, and there are not enough young and healthy people in the market to offset the costs.

But now the troubles in the market are increasingly because of the Republicans.

While Trump says that he and the GOP won’t own Obamacare’s failure, they have taken many steps to destabilize the market. The president has caused confusion about whether he’ll continue key components of the law. The two at the top of the list: the mandate that everyone have insurance and the cost-sharing subsidies for lower-income Americans.

What’s more, the Republicans’ quest to dismantle the health reform law has left insurers unsure of the rules of the road in 2018 and beyond.

All this has prompted them to either request hefty rate hikes for 2018 or to simply wash their hands of the exchanges, leaving people with fewer choices.

In deciding to exit certain markets last month, Anthem (ANTX) ticked off a list of concerns, including “continual changes in federal operations, rules and guidance” and “an increasing lack of overall predictability.”

“A stable insurance market is dependent on products that create value for consumers through the broad spreading of risk and a known set of conditions upon which rates can be developed,” the company said in a statement.

Even if insurers filed to be on an exchange, they won’t be locked into participating next year until September.

Related: What happens if Congress fails to repeal Obamacare

Other insurers are willing to stick it out, but say they must factor in the uncertainty in Washington when setting prices.

Blue Cross and Blue Shield of North Carolina spelled out just how much ending the subsidies could cost consumers. The insurer is requesting a rate hike of nearly 23% for next year. But it said it would have only asked for an 8.8% bump if Trump agreed to fund the payments through 2018.

The uncertainty surrounding the mandate and the subsidies is responsible for up to two-thirds of the 2018 rate hikes, according to consulting firm Oliver Wyman in a June report.

Whether Obamacare struggles or stabilizes is largely in the Republicans’ hands now since they control the White House and Congress and Obamacare is a government program, said Dan Mendelson, president of Avalere Health, a consulting firm. If they let it fail, it would hurt many Americans.

“They think they are making a political statement, but they are really making life difficult for a lot of low-income people,” he said.