Despite the fact that the general public and business community have shown they do not want to adopt smart glasses, tech firms continue to dump money into research and development for the devices. Two of the big complaints have been bulky build and lack of usability, problems Intel (NASDAQ: INTC) thinks it has solved with its latest device, called Vaunt. Why do tech firms keep trying? It’s all about data and finding new ways to make it useful.

The point of smart glasses

According to a story by The Verge , which got an exclusive first look at Vaunt smart glasses, Intel is now testing the device and sees big possibilities for its use. The Vaunt device looks like a normal pair of glasses, dispensing with the heavy frames and extra equipment that are necessary for other designs.

Intel has also opted to be discreet with the display rather than use a full-blown augmented reality (AR) headset that overlays text and graphics into the user’s field of vision. Notifications are displayed just below the normal field of vision and can be seen with a downward glance. Those not wearing the glasses cannot see what is displayed.

Intel’s new glasses look like they would target the general public, but other AR devices aspire to make it into the workforce. Microsoft ‘s (NASDAQ: MSFT) HoloLens looks more like a RoboCop helmet, envisioned as a work assistant and time saver in the office and in the field. 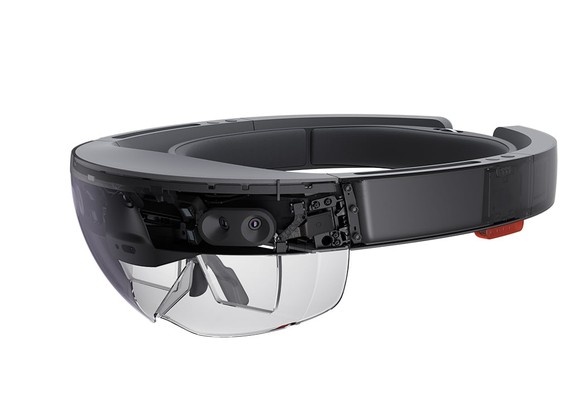 Meanwhile, device maker Vuzix makes a range of AR devices for the workforce, gaming, and general everyday use, but they require extra baggage besides what is worn on the face.

There are lots of other examples, but all of them share the same premise: simplify data and make it a more integral part of our everyday lives. It hasn’t caught on, but tech companies keep trying.

Wearable devices and the digital economy

In The Verge interview about its Vaunt glasses, Intel cited the smartphone and how it took some time to gain traction. All of its uses weren’t immediately apparent. When it did take off, though, the smartphone transformed the way we interact with information and with each other. Many of the last decade’s developments, like mobile shopping and ridesharing, owe their existence to the smartphone.

Thus the push for face-worn displays. Intel thinks there is a world of new use cases out there waiting to be developed. Rather than try to figure out what those will be, Intel and other big tech companies want to develop the first pair of smart glasses that will gain traction with the public and let the developers figure out where they go. 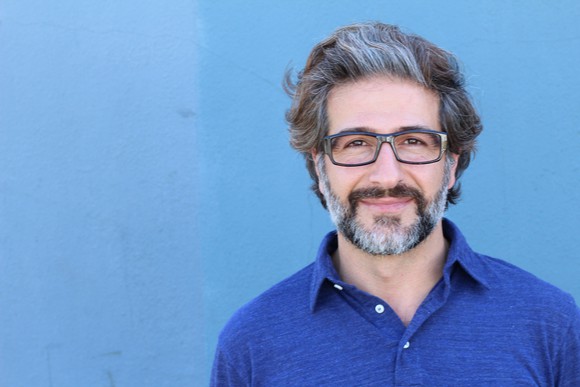 These aren’t Intel’s Vaunt smart glasses, but the prototype pair that The Verge got a look at looks a lot like this pair of glasses. Image source: Getty Images.

So far, it’s a small industry. However, technology analyst IDC thinks spending on augmented reality and virtual reality (AR/VR) will nearly double in 2018 to $17.8 billion. In the short term, VR is leading that growth through gaming and other entertainment. Longer-term potential lies with AR, though, especially in the retail , manufacturing , and transportation sectors. Through 2021, IDC sees annual AR/VR spending nearly doubling every year. Smart glasses would fall into augmented reality.

Those are big projected increases, but investors should be wary about racing into small companies developing what could be the hottest wearable tech.

Today’s data ecosystem is huge, but it’s really dominated by just a few megatech players. Companies like Intel, Microsoft, Alphabet , Facebook , and Amazon are successfully mining and refining data for use. Many are also going for vertical integration, building the hardware we use to consume information (think the current battle in the smart-speaker industry).

Smart glasses may never take off as the next hottest trend, but investors should nevertheless be mindful of the big tech companies pushing to develop them and find the ways to help people work with the mass of data available.

10 stocks we like better than Intel
When investing geniuses David and Tom Gardner have a stock tip, it can pay to listen. After all, the newsletter they have run for over a decade, Motley Fool Stock Advisor , has tripled the market.*

David and Tom just revealed what they believe are the 10 best stocks for investors to buy right now… and Intel wasn’t one of them! That’s right — they think these 10 stocks are even better buys.