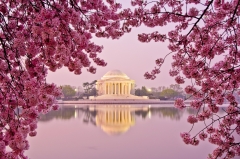 Wall Street is getting nervous about the changes occurring in the White House. Over the last week, President Trump has lost or fired both Gary Cohn and Rex Tillerson, former Goldman Sachs COO and former Exxon CEO, respectively. Both Cohn and Tllerson were considered the business-friendly part of Trump’s White House who would look after corporate and investor interests. With them gone, investors are betting the odds of a trade war are getting more likely. One equity strategist summarized the situation, saying “We’ve gone a long time with a zero percent chance of a trade war, it’s now higher than that — probably significantly higher than that … The internationalists have lost and the nationalists have won”.

FINSUM : We agree that a trade war is getting more likely. If it occurs, we think it will be poor for equities markets, but not necessarily terrible for the economy.