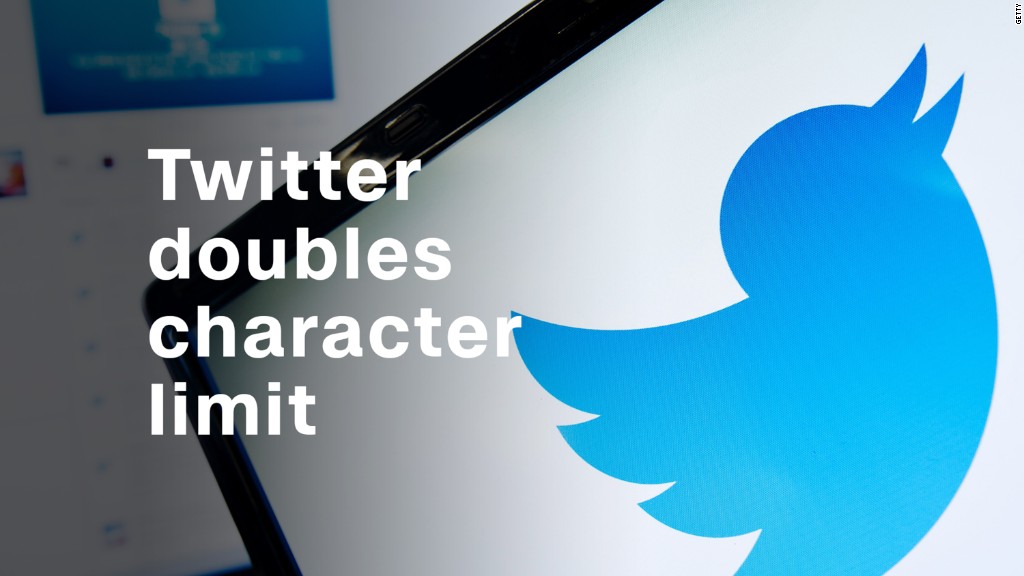 Twitter is about to get more words — a lot more.

The company announced on Tuesday it is doubling how many characters users can cram into a tweet.

Most tweets will now fit 280 characters, up from 140. The new limit will roll out to Twitter users in almost all 40 languages Twitter supports.

In late September, Twitter began a test of 280-character tweets with a small group of users.

Interestingly, Twitter said that after the novelty of tweeting more characters wore off, most people in the test stopped tweeting the full length.

According to the company, only 5% of tweets sent from people in the 280-character test group were longer than 140 characters, and just 2% were over 190 characters.

The new character length won’t apply to Japanese, Korean or Chinese-language tweets. Those languages can convey twice as much information in less space, so tweets will remain at 140 characters, Twitter said.

Of course, the change means America’s highest-profile Twitter user, President Trump, will have more space. Twitter cofounder Biz Stone had said the prolific Twitter user was not in the test group.

The move modifies a fundamental aspect of Twitter. Aside from the test, the social network’s character limit hasn’t changed since the company launched in 2006.

During the 280-character test, some users argued Twitter should focus less on the length of the tweets and more on the content. The platform continues to be rife with harassment and abuse, despite the company’s efforts to better police it.

Twitter recently updated its rules to be more explicit in its definitions and policies towards harassment, threats, and adult content.

Everyone affected by the new length should have it by Tuesday evening.