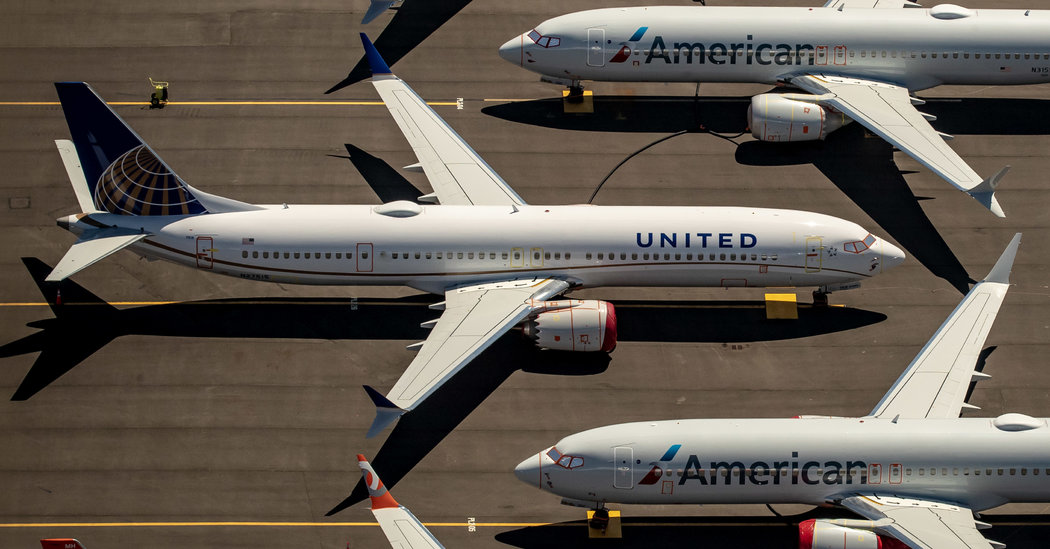 Two of the three U.S. carriers that use Boeing’s 737 Max jetliner have again put off returning the plane to their schedules.

Both airlines had previously said they expected to bring the 737 Max back in June, but neither had provided a formal update since Boeing said last month that it did not expect regulatory approval to fly the jet until June or July. Once approval is granted, airlines will have to prepare the planes and train pilots, which would take weeks.

United said Friday that its decision allowed it to plan service during the peak summer travel season with greater certainty, even if regulators clear the 737 Max to fly sooner.

After it reported quarterly earnings call last month, Andrew Nocella, United’s chief commercial officer, said the company did not expect to fly the Max this summer. United has 14 of the 737 Max jets in its fleet. Sixteen more have been produced for the airline, with 155 on order.

Southwest said Thursday that it had chosen to extend its suspension of 737 Max flights in light of “continued uncertainty around the timing” of the jet’s return to service.

The Max has been grounded worldwide after two crashes, in late 2018 and early 2019, killed a total of 346 people. An automated anti-stall system called MCAS was identified as a common factor in the disasters.

To fly again, the 737 Max must overcome a series of hurdles. Boeing will have to resolve several issues in collaboration with regulators, including fixing the problems associated with MCAS and determining whether the company needs to separate wire bundles that could, in rare cases, short circuit and possibly lead to catastrophic failure. Regulators will then have to test the plane and determine how pilots should be trained to fly it.

The problems with the 737 Max have created an opportunity for Airbus, Boeing’s European rival, but Airbus has such a lengthy backlog that it cannot immediately benefit from Boeing’s troubles.