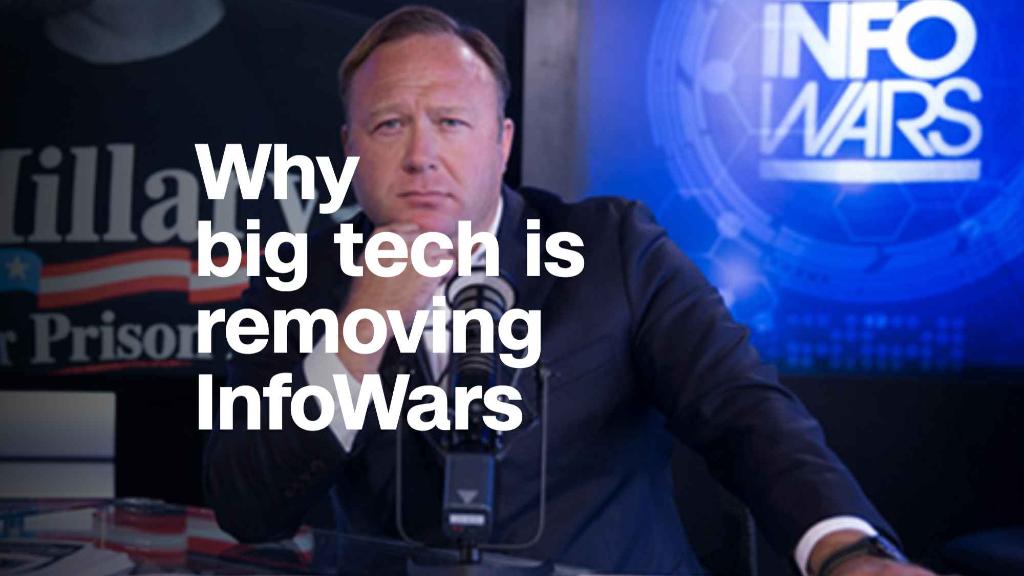 Twitter has suspended far-right conspiracy theorist Alex Jones from its platform for one week.

The news was first shared by an InfoWars personality, who tweeted a screenshot of Jones’ Twitter account — indicating the company limited some of Jones’ account features temporarily.

A Twitter spokesperson confirmed the authenticity of the screenshot. The spokesperson said the content which prompted Twitter to suspend Jones was a video published Tuesday in which he said, “now is time to act on the enemy before they do a false flag.”

On Friday, one day after a CNN investigation found that Jones’ Twitter accounts appeared to have repeatedly violated the company’s rules, Twitter said the accounts belonging to Jones and his fringe media organization InfoWars would remain online.

At the time, a Twitter spokesperson said the company concluded that of the more than a dozen tweets included in CNN’s Thursday report, seven were found to have violated Twitter’s rules. Twitter would have required those tweets to be deleted, if they were to have remained up.

But after CNN’s investigation was published, the tweets cited in it were almost immediately deleted from the social media website. Jones said on his program that he had instructed his staff to do so and “take the super high road,” though he contested whether the tweets violated any Twitter rules.

Related: Twitter admits InfoWars violated its rules, but says it will remain on the platform

Twitter is one of the only major social media companies that has not scrubbed its platform of Jones or InfoWars. Recently, Jones has seen the vast majority of the social media infrastructure for his media empire crumble. Apple has removed the full library of his podcasts, Facebook has unpublished his pages, YouTube terminated his account, and other technology companies took similar action.