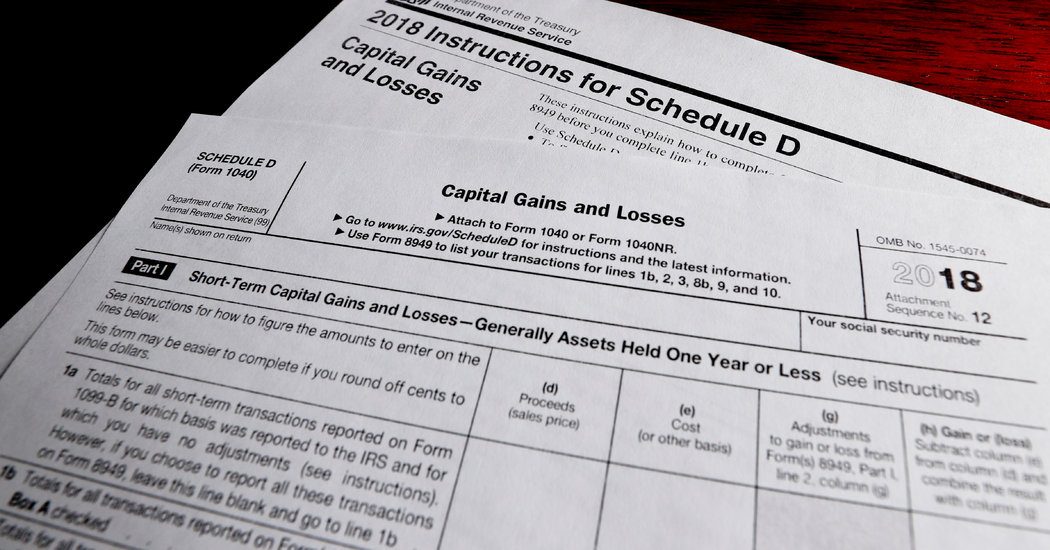 WASHINGTON — President Trump told his top economic advisers on Wednesday that he had decided, for now, to forgo using executive authority to deliver a tax cut that would primarily benefit wealthy investors.

The decision, which Mr. Trump disclosed at a White House meeting focused on tax issues, ended more than a year of debate inside his administration over a proposal that would have reduced the taxes investors pay on the profits they earn when selling assets like stocks or bonds.

Mr. Trump’s economic team had been exploring the idea of taking unilateral action on capital gains and delivering a tax break to investors without congressional approval. The president said last month he believed this could be accomplished with his executive authority.

But the idea of circumventing Congress was challenged by some within the administration who argued it would defy a legal opinion issued in 1992, under President George Bush.

The decision not to push for an investor tax cut spares Mr. Trump from what would have been a new round of attacks by Democrats, who have assailed the tax cut on so-called capital gains as a handout to the rich, and most likely a prolonged court fight over whether the executive branch has the authority to enact the cut without action from Congress.

“President Trump was thoroughly briefed on the complex economic, legal and regulatory issues, and concluded that at this time he does not feel enough of the benefits will go to the middle class,” Judd Deere, a White House spokesman, said Wednesday evening in an email.

Mr. Trump left open the possibility that he could revisit the idea. The Wall Street Journal first reported the decision.

Republican senators and conservative anti-tax groups have pushed Mr. Trump over the past year to order the Treasury Department to change the definition of “cost” for calculating capital gains. Such a move would allow taxpayers to adjust the initial value of an asset for inflation when it sells, effectively reducing the profit earned on the sale and, with it, the tax liability.

Analyses by outside groups, including the Penn Wharton Budget Model, have found that the vast majority of the gains from the move would go to the top 1 percent of taxpayers, who disproportionately pay capital gains taxes. Advocates of the tax cut had argued that millions of middle-class Americans would also benefit, by reducing taxes on the sale of stocks held in their portfolios or pension funds.

Critics of the idea included Treasury Secretary Steven Mnuchin, whose department is bound by a 1992 opinion from the Office of Legal Counsel that determined the Treasury Department does not have the authority to index capital gains to inflation by regulation. Democrats also opposed it overwhelmingly: 42 Democratic senators wrote Mr. Mnuchin, asking him to reject the idea.