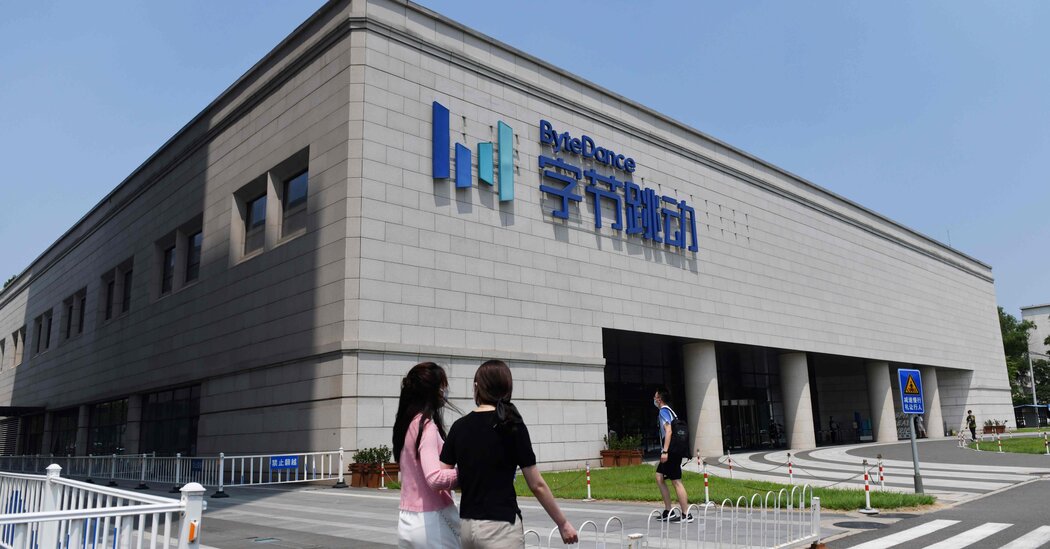 President Trump doubled down late Friday on his previous actions against TikTok by formally giving ByteDance, the Chinese owner of the popular video-sharing app, 90 days to divest from its American assets and any data that TikTok had gathered in the United States.

“There is credible evidence that leads me to believe that ByteDance,” which merged TikTok with the American lip-sync app Musical.ly in 2018, “might take action that threatens to impair the national security of the United States,” Mr. Trump wrote in an executive order issued at 7:45 p.m.

Reaffirming the order, Treasury Secretary Steven Mnuchin said in a statement that the government’s Committee on Foreign Investment in the United States, which examines national security threats, had recommended the action after an exhaustive review “in order to protect U.S. users from exploitation of their personal data.”

Mr. Mnuchin, who is chairman of the panel, known as CFIUS, added, “The order directs ByteDance to divest all interests and rights in any assets or property used to enable or support the operation of TikTok in the United States, and any data obtained or derived from TikTok or Musical.ly users in the United States.”

ByteDance bought Musical.ly in 2017 and merged it into TikTok nine months later. Under the order, CFIUS has authorization power over the divestment.

The order followed Mr. Trump’s announcement on Aug. 3 that he would allow Microsoft or another “very American” company to buy TikTok in order to prevent him from banning it. Three days later, he issued an executive order that set a 45-day deadline for a sale.

Mr. Trump had initially proposed shutting down the app in the United States, but aides informed him that a ban could both prompt an intense legal battle and hurt his popularity with the 100 million Americans who use the app, most of them part of the youngest voting demographic.

A subset of TikTok users first began needling Mr. Trump in June, after boasting that they had registered thousands of tickets to his campaign rally in Tulsa, Okla., to falsely elevate predicted turnout and embarrass the campaign. Pro-Trump content is also widespread on the app.