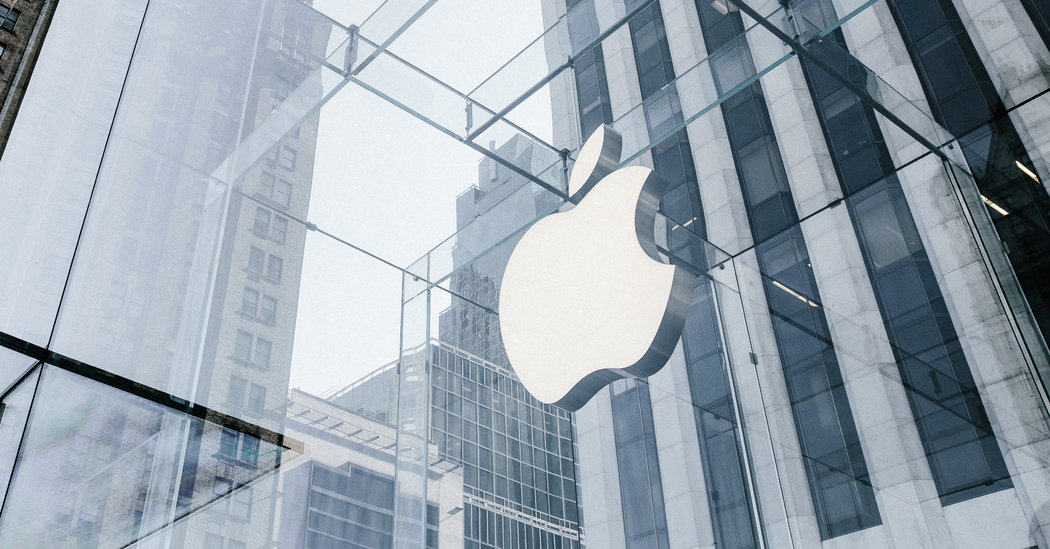 WASHINGTON — President Trump said on Wednesday that China had not yet made enough concessions to secure a trade deal with the United States and suggested that he might exempt Apple from an upcoming round of tariffs as he toured a Texas plant that assembles Mac Pro computers.

Mr. Trump, who was joined in Austin by Tim Cook, Apple’s chief executive, repeated his assertion that China was more eager to reach a trade deal than he was and suggested the two sides still remained far apart. “I don’t think they’re stepping up to the level that I want,” he told reporters.

When asked if Apple should receive tariff exemptions, Mr. Trump said, “We’ll look into that.”

“We have to treat Apple on a somewhat similar basis as we treat Samsung,” he said. Samsung is a South Korean electronics giant that has shifted its smartphone production out of China amid a stinging trade war.

Mr. Trump’s comments, made during a tour of a Flextronics plant that assembles the Apple Mac Pro, added to growing uncertainty about whether the United States and China will reach a Phase 1 trade deal this year.

The president announced on Oct. 11 that the world’s largest economies had agreed on a preliminary deal, but the two sides have continued to grapple over the terms, and no signing has been scheduled.

That has left companies deeply uncertain about whether the administration will proceed with another round of tariffs on consumer goods, like tablets, smartphones, laptops and other products from China on Dec. 15.

The United States has already placed tariffs on $360 billion worth of Chinese products. To help cushion the blow, the administration has allowed companies to apply for an exemption from the tariffs. Companies must demonstrate that the import cannot be obtained domestically. Some of those requests have been approved, and administration officials have insisted the process is apolitical.

Mr. Trump’s comments about excluding Apple from the levies could further fuel criticism that he is playing favorites and picking winners and losers.

The heads of smaller technology companies have grumbled that prominent businesses like Apple have been more able to catch the attention of the White House, and that they appear to be receiving more exclusions than other companies.

Jonathan Gold, a spokesman for Americans for Free Trade, which has lobbied against the tariffs, said it was not clear which factors the United States trade representative, which is granting the exclusions, is considering, or why one company would receive an exclusion when another does not. “Until there’s transparency with the U.S.T.R. exclusion process, people are going to think certain companies are getting preferential treatment,” he said.

The trade representative responded that each exclusion “is evaluated on a case-by-case basis, taking into account whether the exclusion would undermine the objective” of an investigation the president has opened into Chinese intellectual property theft.

Apple products, which are largely assembled in China, have evaded some, but not all, tariffs. The company stands to be hit much harder by the final tranche of tariffs Mr. Trump threatened against China, which includes more consumer electronics. Some of those tariffs went into effect in September, and some are planned for Dec. 15.

Mr. Trump has vacillated between threatening Apple and holding it up as an example of how his policies are fueling American investment. The president tweeted in July that his administration would deny the company’s request for exemptions from the tariffs, saying they should instead make their products in America.

“Apple will not be given Tariff waiver, or relief, for Mac Pro parts that are made in China,” he tweeted on July 26. “Make them in the USA, no Tariffs!”

Since then, the company’s relations with the administration appear to have warmed.

Mr. Cook has periodically lobbied the president and his advisers on the negative effects of the trade war and his company’s contributions to the American economy. Apple has argued that it has no easy way of substituting the proprietary components that it designs in house and manufactures in China.

In recent months, it has received some waivers for certain products and components.

The company was granted a reprieve in August from a 25 percent tariff for several of the products it imports from China, including a graphics processing module, power supply units, the Magic Mouse 2 and the Magic Trackpad 2.

The United States trade representative, which is in charge of the exclusions, has also denied some of the company’s requests. In August, it rejected exemption requests for the company’s imported circuit boards, power cables, USB cables and other products because the company did not demonstrate that the tariffs “would cause severe economic harm to you or other U.S. interests,” the trade representative said.

The trade representative is still reviewing other requests by Apple for exclusions from September and December tariffs, including for the Apple Watch, the HomePod, AirPods, a battery module for its MacBook and various iPhone parts.

The tour on Wednesday was meant to showcase some of the American manufacturing jobs created by a company that imports many of its components from across the globe.

Mr. Trump was met by at least a dozen Flextronics employees wearing blue lab coats and gloves, who worked on Apple monitors and Mac Pros inside the plant. During the visit, Mr. Cook pointed Mr. Trump to a sign reading: “Apple works with 9,000 companies across all 50 states. Mac Pro components come from companies in 19 states.”