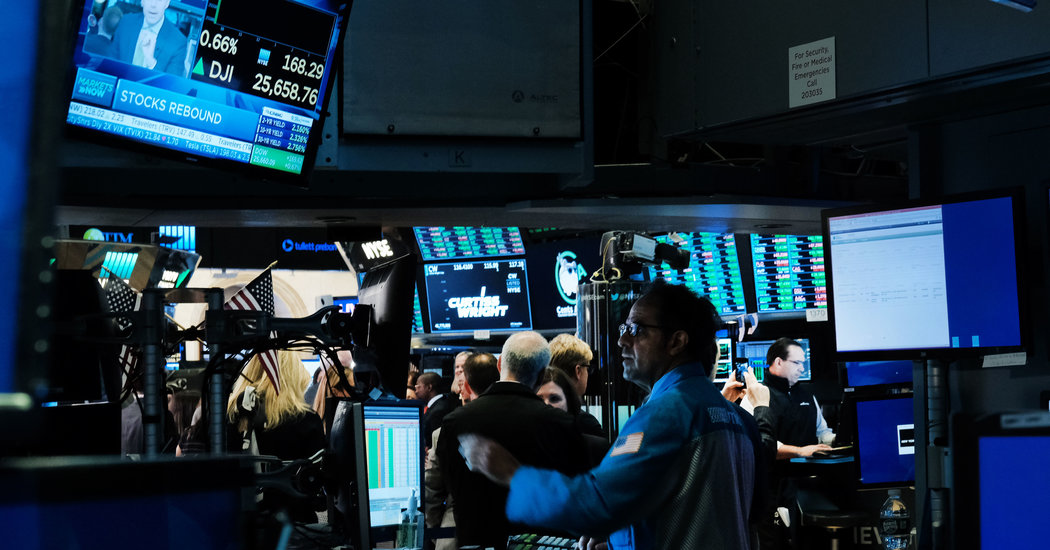 WASHINGTON — President Trump is upending the United States economy, and perhaps jeopardizing his re-election prospects, with an abrupt escalation of protectionist trade policies.

Mr. Trump announced on Thursday that he would soon impose a 5 percent tariff on imports from Mexico, which could quickly grow to 25 percent, unless Mexican officials stop the flow of immigrants across America’s southern border.

The move capped a furious month of cross-border tariff threats that has rattled investors and raised economists’ concerns about a slowdown in global growth. Just three weeks ago, Mr. Trump increased tariffs on $200 billion worth of Chinese goods and started the process to tax nearly everything China sends into the United States. And he said the United States was prepared to impose tariffs on autos from Europe and Japan in six months, setting a tight deadline for those governments to reach trade deals with the Trump administration.

Stock prices continued to slide on Friday after a monthlong retreat, with the S&P 500 down more than 6 percent this month.The bond market is flashing worrying signs of a global recession. On Thursday, a daily index of economic policy uncertainty, compiled by economists at Stanford University, the University of Chicago and Northwestern University, spiked to levels not seen since the prolonged government shutdown at the start of this year.

“We don’t know what straw will break the camel’s back here, but Trump is looking like he wants to try to find out,” Tim Duy, an economist at the University of Oregon, wrote in a blog post on Friday.

[Stocks were bracing for another wild ride on Friday.]

In the span of 30 days, Mr. Trump has enacted or threatened what amounts to a nearly $200 billion annual tax increase on American businesses and consumers, which would be enough to cancel out the average annual value of the tax cut package the president signed in late 2017. His actions have also further imperiled congressional passage of the new trade agreement he negotiated last year with Mexico and Canada, the United States-Mexico-Canada Agreement, which markets and business leaders have long presumed would win approval.

They are now reassessing. “While still possible, enactment of U.S.M.C.A. prior to the 2020 election would no longer be our base case if these tariffs are implemented as proposed,” Goldman Sachs economists wrote in a research note.

In a companion note, they said that the Goldman Sachs Analyst Index, which tracks manufacturing and service-sector activity, had fallen to a two-year low in May, with some sub-components pointing toward economic contraction and with the bank’s analysts suggesting “neutral-to-negative effects from this month’s trade war escalation.”

Markets have shown clear damage from the escalation. At the start of May, the American economy was riding a strong quarter of growth — 3.2 percent for the first quarter, which has since been revised down to 3.1 percent — and investors were bullish on the months to come. The Federal Reserve chairman, Jerome H. Powell, told reporters in a May 1 news conference that risks from unresolved trade negotiations “have moderated somewhat,” citing reports of progress on a deal between Mr. Trump and China.

Almost immediately thereafter, the China talks broke down, and Mr. Trump said he would increase tariffs until a deal was reached. Stocks are down more than 6 percent since then. On Wall Street, the Standard & Poor’s 500 index opened down more than 1 percent, following declines in Europe and parts of Asia. The Mexican peso also slid.

Mr. Trump, for his part, did not seem prepared to back down.

Analysts at financial firms, long sanguine on the likelihood that Mr. Trump’s trade provocations would resolve relatively painlessly for the economy, are growing unsure that is the case.

Mr. Trump continues to insist that tariff escalation poses no economic risk, saying tariffs boosted United States growth earlier this year. He wrote on Twitter in early May that tariff payments “are partially responsible for our great economic results” — a statement that little evidence supports.

Most economists warn that large and sustained tariff increases, along with likely retaliation from China and Mexico against American farmers and other exporters, will dampen global trade and drag on growth in the United States.

If tariffs on Mexican goods are fully put in place at 25 percent, it would be the equivalent of an $87 billion annual tax increase on the $347 billion of goods that America imported from Mexico last year. A tariff rate increase that Mr. Trump announced earlier in May on $200 billion in goods from China, to 25 percent from 10 percent, is equal to a $30 billion tax increase. His threatened 25 percent tariff on an additional $300 billion from China, which could take effect in late June or early July, would add an additional $75 billion.

The full force of China tariffs would hit a wide range of industries that rely on Chinese imports, including retailers, sportswear companies and cellphone dealers. The Mexico tariffs would slap car-buyers and an already reeling automobile industry, which saw slowing sales in April and has begun to lay off American workers this year. Automobiles and auto parts account for more than a quarter of America’s goods imports from Mexico; American automakers have heavily integrated their supply chains with suppliers and plants across the southern border.

As Deutsche Bank chief economist Torsten Slok wrote Thursday evening, “trade with Mexico is basically all about the supply chain, which essentially is all about cars.”

Share prices of car companies reflected the damage on Friday, with the stocks of General Motors and Ford down about 4 percent in morning trading.

Full tariff escalation could also hasten what data suggest is a global slowdown in manufacturing, imperiling growth here and abroad. Forecasters have cut their outlooks for second-quarter growth in recent weeks, based on weaker-than-expected data.

Sagging growth, in turn, could further drag down Mr. Trump’s approval ratings, which have slipped over the last month. Mr. Trump is banking on a strong economy to help his re-election prospects next year.

Federal Reserve officials were already closely watching Mr. Trump’s trade spats as a risk to the economic outlook — and potentially one that could push them toward cutting interest rates. The Fed’s vice chairman, Richard Clarida, said in a speech Thursday, before Mr. Trump’s tariff announcement, that while the economy was doing well, “if we saw a downside risk to the outlook, then that would be a factor that could call for more accommodative policy.”

Eric Rosengren, president of the Federal Reserve Bank of Boston, said in an interview in New York on May 21 that he thought markets were anticipating a trade deal with China at that point.

“But sometimes things happen, so we have to be concerned — that is a downside risk to my forecast,” he said. “My forecast is relatively optimistic, but it’s with the assumption that trade doesn’t become more disruptive, that financial markets don’t get very concerned about the likely outcome.”