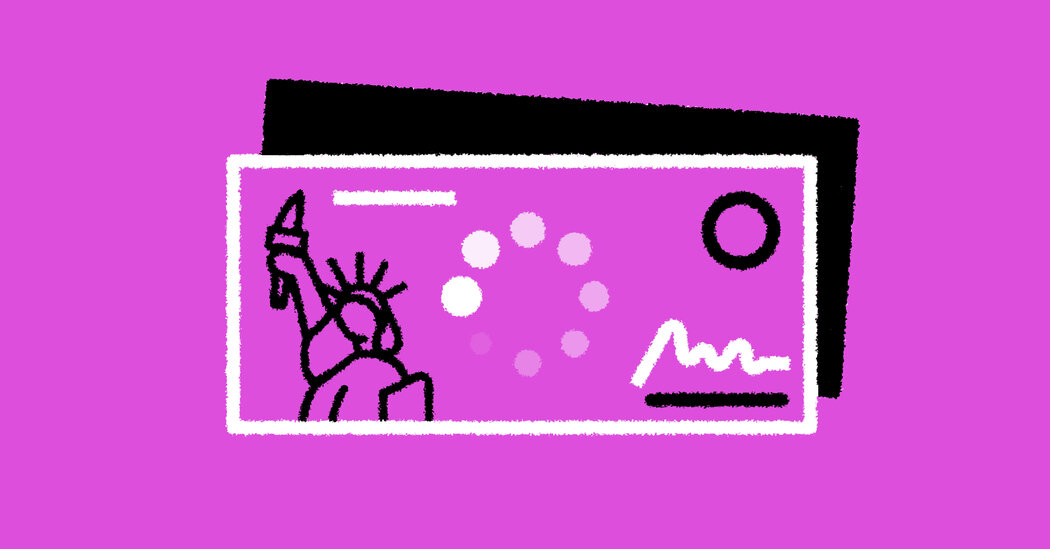 The July employment report on Friday morning showed that America’s job market appears to be losing steam after two months of improvement. The 1.8 million jobs added in July was a sharp slowdown from the 4.8 million gained in June, as businesses closed again in parts of the country where the virus has surged. The unemployment rate was 10.2 percent in July, down from 11.1 percent in June. Only a little more than 40 percent of the jobs lost since the pandemic hit have been recovered. And even as employers are hiring, other workers are being let go permanently after assuming that their layoffs were temporary.

What’s Next for a Stimulus

With stimulus talks in Washington at a stalemate, President Trump on Saturday issued executive orders to pay $400 a week in extra jobless benefits, extend the moratorium on evictions, delay payroll tax collections for some workers and give flexibility to Americans who owe student loans. But it remains unclear what authority Mr. Trump has to act on his own. Until that is resolved or Congress reaches a deal, people who have been living close to the edge financially may not be able to pay the rent, stave off hunger or avoid mounting debt.

President Trump signed an executive order on Thursday banning transactions with ByteDance, the parent company of the popular social media app TikTok. The order in effect sets a 45-day deadline for an acquisition of TikTok, which is in talks to be acquired by Microsoft. Mr. Trump signed a similar order for WeChat, an app that is ubiquitous in China and used around the world by people of Chinese descent to communicate with friends, read news and carry out business transactions. The administration cited security concerns for the moves, which escalated tensions with China. Don’t be surprised if China retaliates.

Retail Therapy? Not So Much

Retail sales figures for July will come out on Friday, but it’s already clear that sales have still not bounced back to anywhere near pre-pandemic levels. Even with many stores now open, people are holding back because they’re wary of bumping up against other customers in stores and are cautious about spending money in a weakened economy. Economists expect July’s gains to be smaller than the past two months, after a 18.2 percent monthly jump in May and a 7.5 percent increase in June.

The federal government’s Paycheck Protection Program, which provided loans to small businesses on the condition that they keep their workers on payroll, expired on Saturday. The program, created hastily, was intended to get American businesses through what the government originally thought would be a short disruption. It has put $523 billion into the economy since April, keeping business owners and their employees afloat. But the disruption from the virus is not over. And without another cash infusion, small businesses that have managed to hold on until now may have no choice but to lay off workers or close their doors permanently in the coming weeks and months.

And Biden’s Running Mate Is?

Joe Biden, the presumptive Democratic presidential nominee, may announce his choice of a running mate. His decision could make history, as multiple women of color are among top choices, including Senator Kamala Harris and Representative Karen Bass, both from California, and Susan Rice, a former national security adviser. Some Wall Street bankers have expressed concern that Mr. Biden might pick a progressive running mate, who could make life harder for the big banks by tightening financial regulations. Last week, Mr. Biden’s campaign announced a $280 fall election advertising buy across 15 states.

The only two Black editorial staff members at Bon Appétit quit Friday as the magazine grapples with criticism from its own staff over racial inequality. Even with coronavirus cases surging again, craft distilleries say the business of making hand sanitizer has become more difficult. Also, the department store chain Lord & Taylor and Tailored Brands, the owner of Men’s Wearhouse, both filed for bankruptcy.

Was this newsletter forwarded to you? Sign up here.