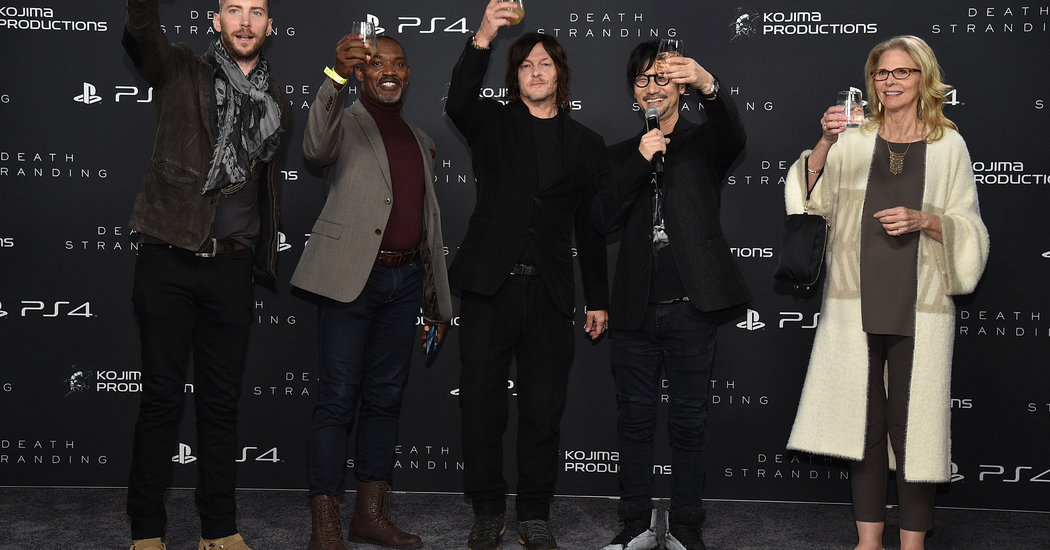 Good luck trying to explain “Death Stranding” in a slogan.

That was the challenge for marketers charged with getting out the word to video game players on the big-budget creation from the noted game designer Hideo Kojima.

“Death Stranding,” released for Sony’s PlayStation 4 console, can take more than 50 hours to play. Explaining it seems to take nearly as long. A tagline that was part of a slow-burning ad campaign barely scratched the surface: “Tomorrow is in your hands.”

Hard-core gamers have been intrigued from the moment “Death Stranding” was first teased in 2015. Since then, efforts to reach a wider public have included a circuitous trail of social media clues, Comic-Con events, trailers and partnerships with platforms like Twitch.

The prolonged strategy left some people perplexed. David Jaffe, the director of the original “God of War” video game, said on YouTube that he could not understand what the “Death Stranding” marketing team was up to.

“I look at this, and this thing could be game of the year, but this is going to need word of mouth to save it,” he said.

Like many big-budget game releases these days, “Death Stranding” was marketed like a film. Chvrches performed a song from its soundtrack on “The Late Late Show.” Mr. Kojima discussed the game at the Tribeca Film Festival in April.

“Very early on, we wanted to pitch it like a movie, treating it like a great blockbuster piece of entertainment,” said Asad Qizilbash, PlayStation’s global vice president of exclusive games. “Our creators are storytellers, just like these great movie directors.”

“Death Stranding” was released on Friday to largely positive reviews that hinted at aspects of the game that made it such a marketing challenge. The website Kotaku said it was “breathtaking in scope,” “beautiful to behold” but also “a heaping pile of pretentious nonsense.” Another site, Polygon, likened it to “a long, confusing, deeply strange movie.”

Set in a post-apocalyptic America, “Death Stranding” has a nonlinear story line focused on a courier played, with the help of motion-capture technology, by Mr. Reedus, a star of the AMC hit “Walking Dead.” He navigates a world of spectral beings from another dimension, often carrying a baby in a container.

Last year, consumer spending on video games in the United States reached $42.2 billion, according to the market research firm NPD Group, and streaming services now consider the industry to be a chief competitor. In a letter to shareholders this year, Netflix singled out Fortnite, a game that has taken in more than $4 billion in two years, noting that “we compete with (and lose to) Fortnite more than HBO.”

Even as video games threaten an entertainment industry built on watching, rather than playing, gaming companies have taken cues from Hollywood, hiring screenwriters and directors and putting out trailers that emphasize a game’s story, action sequences and setting.

“There are definite parallels between how games market themselves and how movies are marketed,” said Steve Meyers, who leads the gaming practice for The Marketing Arm agency. “But developing a game is so much more intense than filming or editing a movie.”

Often, a marketing campaign for a new game will involve different trailers for the single-player and multiplayer versions of the game. Some games will offer beta launches, intended as either a test run for fans to help work out bugs or as a preview shortly before the game debuts.

A fervent fan community can help promote games. Players on streaming platforms helped make “Apex Legends,” from the video game company Electronic Arts, a sleeper hit this year despite having little traditional marketing. Major companies have also been a factor. Mountain Dew and Doritos put special codes on some of their packaging for players of “Call of Duty: Modern Warfare” to redeem.

The “Death Stranding” campaign also featured work from the advertising agencies AKQA and Adam & Eve/DDB. In 2015, members of the original marketing team met with Mr. Kojima in a bare-bones conference room in Tokyo.

Over a sushi dinner after the meeting, Mr. Kojima spoke about the game’s social component, which allows online players to interact with one another by leaving supportive comments and sharing resources.

The theme of community colored the marketing of “Death Stranding,” as did the game’s focus on an ambitious, complicated narrative. Mr. Kojima, who met often with the ad team, “understands that the marketing of this is an extension of the game,” Mr. Qizilbash said.