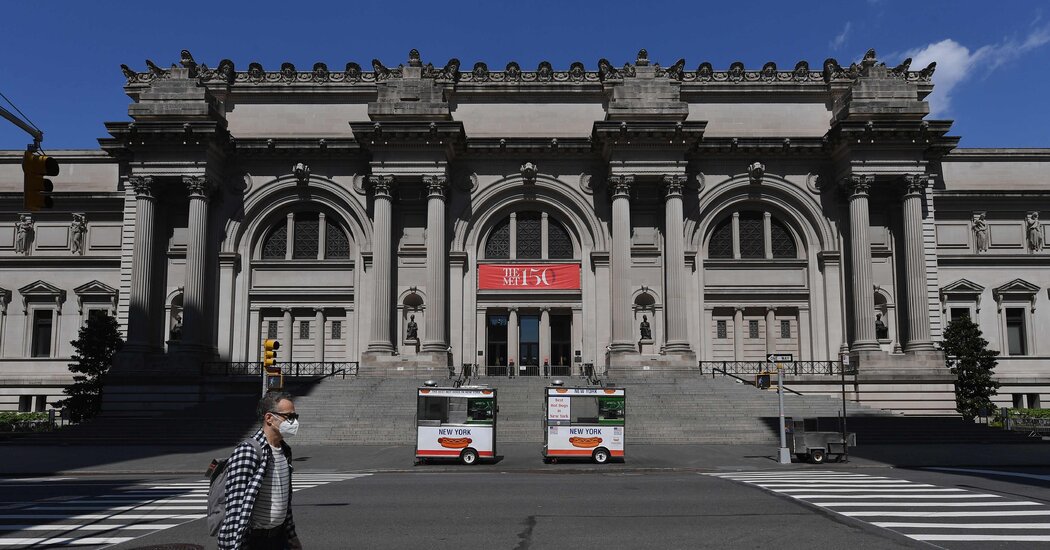 The Metropolitan Museum of Art laid off dozens more of its workers on Wednesday and reduced its ranks even further through furloughs and voluntary retirements, leaving the museum with a staff that is about 20 percent smaller than it was before the pandemic.

The coronavirus has kept the museum closed since March and prompted an initial wave of more than 80 layoffs in April. Adding on this new wave of staff cuts means that the Met will have an employee count of about 1,600, a dramatic drop from about 2,000 in March.

According to a memo sent out to the Met’s staff on Wednesday, 79 staff members were laid off, in addition to 93 who took the option to voluntarily retire. Another 181 employees were furloughed. The museum told staff that they expect that the furloughs will last no longer than six months.

The museum made the decision on the number of people furloughed based on the fact that even after it opens its doors, the number of visitors will likely be significantly lower than before the pandemic. The museum plans to open for five days a week, for example, compared to its typical seven-day week before the shutdown started.

The Met had previously announced a reopening date of Aug. 29, but museum officials acknowledge that the timing is subject to change. Gov. Andrew M. Cuomo surprised administrators by announcing last month that museums would not be allowed to open in Phase 4, which started on July 20.

“We recognize that the Museum that we will return to — whenever that may be — will be very different from what we left behind only six months ago,” the museum’s chief executive, Dan Weiss, said in a statement.

The museum has said that it also changed the formula for how it spends the earnings of its more than $3 billion endowment, siphoning $25 million that would typically be used for specific purposes like acquiring art and putting it toward operating expenses.

Factoring in five months of flatlined revenue from areas like admissions, retail and events, as well as the predicted reduction of visitors, a spokesman said that the museum estimates that it will lose $150 million in revenue.

“We share the pain and sadness we will all feel across the Museum saying goodbye to so many of our friends and colleagues impacted by the position eliminations,” Mr. Weiss and Mr. Hollein said in the staff memo.

Other art museums around the country are also coming to terms with potentially steep reductions in ticket sales when they are eventually able to open their doors and cutting staff. The Philadelphia Museum of Art told staff on Tuesday that it would be laying off 85 employees, in addition to 42 who had accepted voluntary separation agreements, cutting the museum’s employees by about 23 percent, a spokesman for the museum said.

And in Boston, the Museum of Fine Arts announced on Monday that it had laid off 57 employees; about the same number of people also chose to retire early.