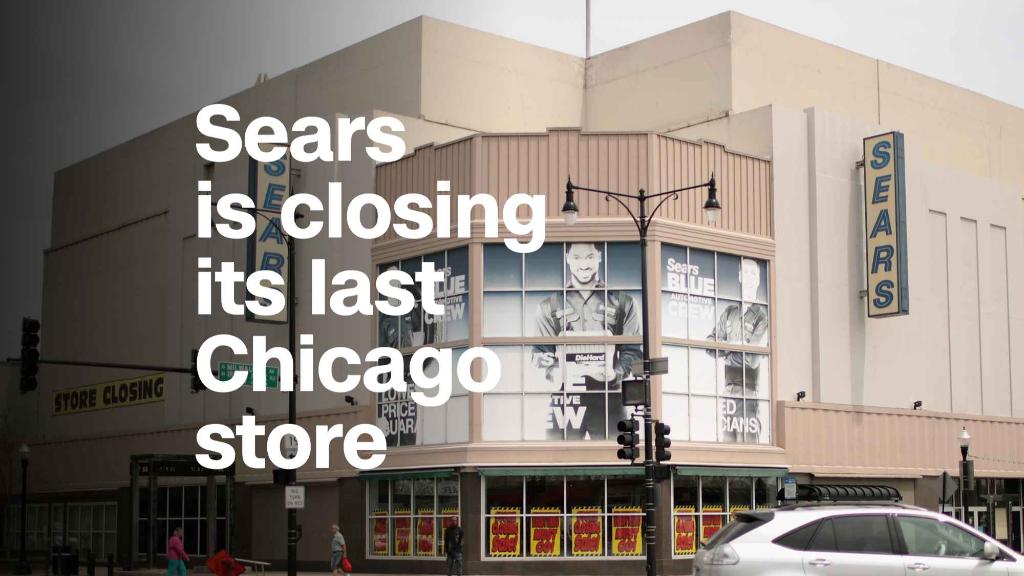 Sears has been part of Chicago for more than a century. That ends Sunday.

The final Sears in Chicago city limits is closing. Known as the Six Corners store, it opened in the Irving Park neighborhood 80 years ago, during the Great Depression. On the first day, 100,000 shoppers stormed through the doors.

A real estate firm has plans to turn it into a mixed development of stores and apartments.

The closing of the Six Corners store is another sign of the financial problems facing what was once an iconic retailer. Sears has lost $11.2 billion since 2010, its last profitable year. Sales have plunged 60% in that time.

Merchants nearby said they’re concerned about losing a longtime anchor of the neighborhood, even if they don’t get much business from Sears customers anymore.

“Do we like empty stores? Absolutely not. But it wasn’t a great draw,” said Rich Buckwalter, 62, the owner of Rasenick’s, a store down the block that sells work boots and work clothes.

“If this closing had happened 25 years ago, I’m sure the owner here at the time would have been much more concerned.”

Buckwalter said he’s gone over to Sears a few times since the closing was announced in April. But he said it’s probably been 10 or 15 years since he bought anything there himself.

“We used to buy tools and batteries and auto parts there. But there’s no reason to go in there any longer. They’ve been doing the same thing for the last 50 years, and that doesn’t work anymore,” he said. “It’s not good, especially for the employees. That’s who I worry about.”

The store had 113 employees when Sears announced plans to close it.

Sears declined comment beyond confirming that the store will close Sunday.

The Six Corners store opened in 1938, but Sears’ history in Chicago goes back even further.

The company started as a catalog retailer in the late 1800s, bringing mass-produced goods to many rural homes for the first time. It moved its headquarters and warehouse to Chicago in 1887.

When it opened its first stores, in 1925, it began with two stores in Chicago, one attached to its main warehouse and corporate headquarters.

The company’s Chicago-based empire grew to include Allstate (ALL) insurance, the Discover (DFS) credit card and Coldwell Banker real estate, as well as radio and TV stations with the call letters WLS. It stood for World’s Largest Store, an homage to the Sears location downtown.

Sears eventually moved its headquarters to Sears Tower, which was the tallest building in the world from its opening in 1973 until 1997, when it was passed by the Petronas Towers in Malaysia. By then, Sears had relocated to the suburbs.

Many of the remaining Sears and Kmart stores are no longer even owned by Sears. Starved for cash, the holding company has sold much of its real estate and leased back the properties where it still operates stores.

The Six Corners store, like more than 100 other Sears locations, is owned by Seritage Growth Properties, a real estate company controlled by Sears Holdings CEO Eddie Lampert. Seritage (SRG), which is publicly traded, has a market value nearly 10 times greater than Sears Holdings.

“Sears still has tremendous assets, but as an ongoing retail concern, the value of Sears is very limited,” said Michael Brown, a partner at consultant A.T. Kearney. He said Seritage and Lampert can make more money finding other uses for the property than the rent being paid by the troubled retailer.

“It’s an expensive piece of property that can bring a rich price,” Brown said.