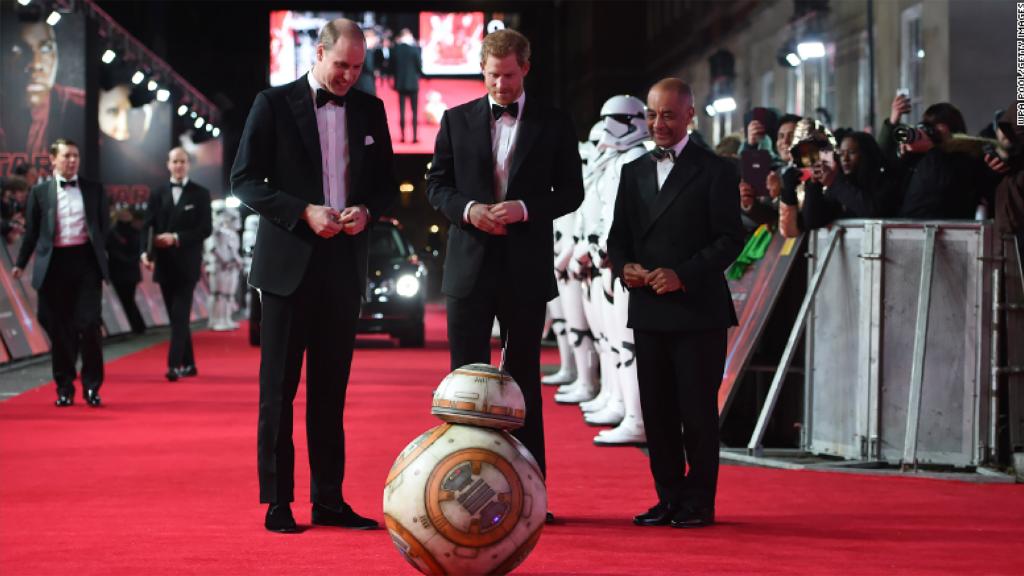 “Star Wars: The Last Jedi” made $45 million on Thursday night, making it the second highest domestic preview of all time.

Box office numbers for the preview night of Episode VIII is second only to its prequel, “Star Wars: The Force Awakens,” which made $57 million when it opened in 2015.

“The Last Jedi” opens in more than 4,100 theaters domestically this weekend. The movie will likely come up short against the opening for “The Force Awakens,” but Thursday’s box office windfall bodes well for the space franchise as it heads into the weekend.

The box office record for an opening weekend belongs to “Force Awakens,” which premiered to $248 million two years ago.

Related: Will ‘Star Wars: The Last Jedi’ beat ‘The Force Awakens’ at the box office?

“The Last Jedi” has already raked in $105 million worldwide since opening overseas on Wednesday. The movie was in 48 overseas markets before its U.S. debut, including the U.K., Germany, and France.

Living up to the galactic hype of its predecessor is a challenge for “Last Jedi,” but the film looks to be up for it. “The Last Jedi” is getting rave reviews from both fans and critics.

The film holds a 93% score on review site Rotten Tomatoes. Some critics have said the film, which is directed by Rian Johnson, is the best in the series since 1980’s “The Empire Strikes Back,” which is considered by some to be the best “Star Wars” film.