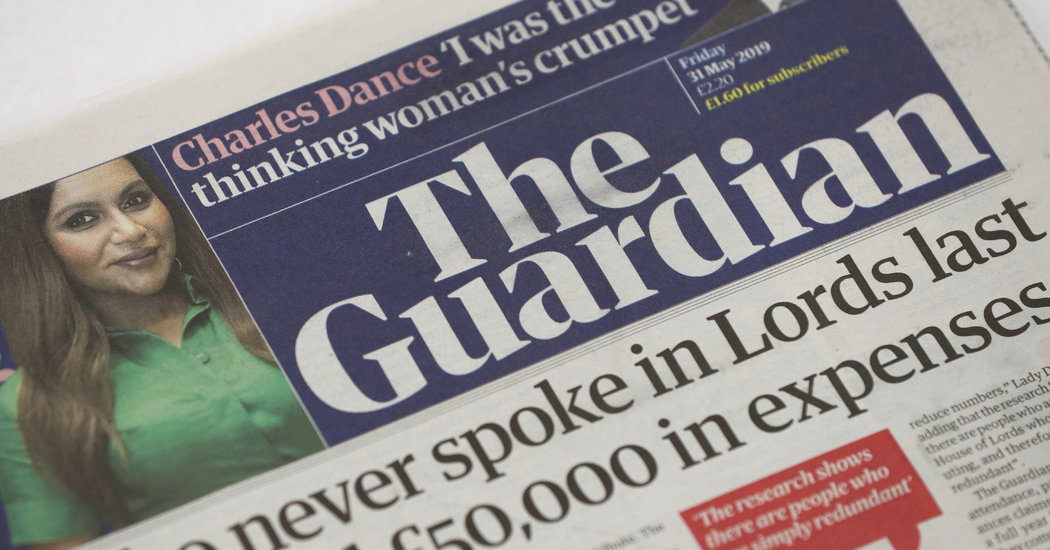 The British newspaper The Guardian said on Wednesday it would cut 12 percent of its work force, about 180 jobs, as it faces a shortfall of 25 million pounds ($31.5 million) caused by the economic impact of the pandemic.

About 70 jobs will be lost in the newsroom, with the other cuts in departments such as advertising, marketing, live events and its job-search platform.

The Guardian, Britain’s main left-leaning newspaper, had already delayed a companywide pay rise, furloughed about 100 employees and cut other expenses relating to marketing and travel. But the decline in advertising and sales of its print newspaper have created an “unsustainable financial outlook” for the media company.

“We face unsustainable annual losses in future years unless we take decisive action,” Annette Thomas, the chief executive, and Katherine Viner, the editor in chief, said in an email to staff. Most of the cuts are expected to affect the staff in Britain; the company also has operations in Australia and the United States.

Revenue for the Guardian Media Group, which is owned by The Scott Trust in an arrangement designed to insulate the paper from other profit-seeking commercial interests, fell slightly for the year ending in March to £223.5 million, financial reports published Wednesday showed.

It’s a quick turn of fate for the paper, which recorded a profit in the 2018-19 financial year, the first one in decades, because of the success of its subscription program.