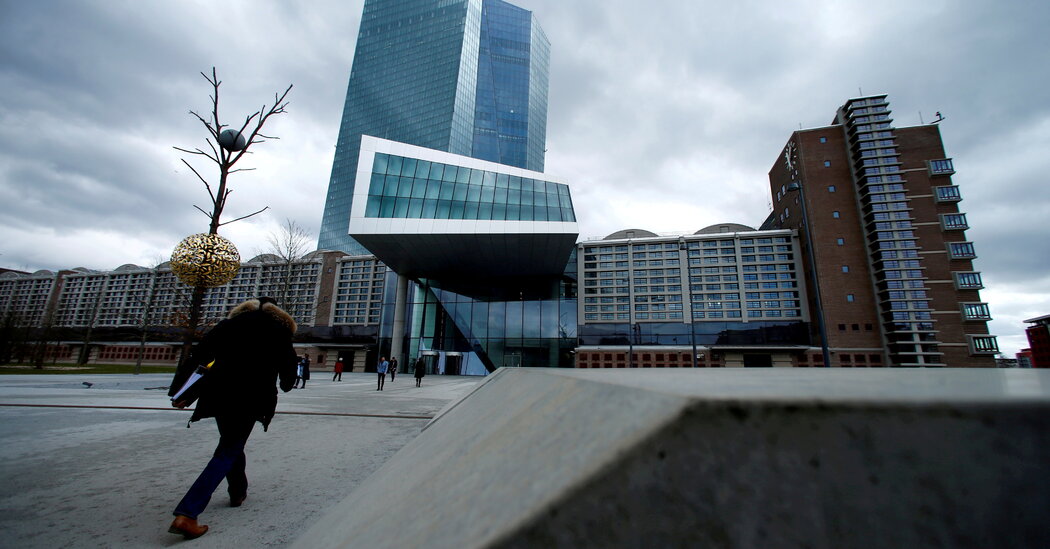 As major economies grapple with higher-than-expected inflation and lingering supply chain disruptions, the European Central Bank held firm on its policy stance on Thursday. It continued its pandemic-era bond-buying program at a slightly slower pace than earlier this year and kept interest rates steady.

Last month, policymakers slowed down the pace of purchases in the bank’s pandemic-era bond-buying program, from about 80 billion euros a month. The bond purchases are one of the ways the bank keeps interest rates low, and at the time the central bank’s president, Christine Lagarde, attributed the change to an improved outlook for the economy and higher inflation expectations.

The annual inflation rate for the eurozone climbed to 3.4 percent in September, the highest in 13 years. The economy is recovering from the pandemic, but the demand for goods has disrupted supply chains. The central bank estimated that exports from the eurozone would have been almost 7 percent higher in the first half of the year without these bottlenecks — a more severe impact than for the rest of the world, which would have seen exports rise an additional 2.3 percent, Ms. Lagarde said in a speech earlier this month.

The European Central Bank is expected to have a looser monetary stance, with lower interest rates, in place for longer than the policies of the Federal Reserve and Bank of England because its longer-term forecasts for inflation are still below the central bank’s target. In Britain, inflation is expected to rise above 4 percent, above the Bank of England’s target of about 2 percent. The bank’s governor, Andrew Bailey, has said the rate of inflation was concerning and that officials needed to prevent high inflation from becoming permanent.