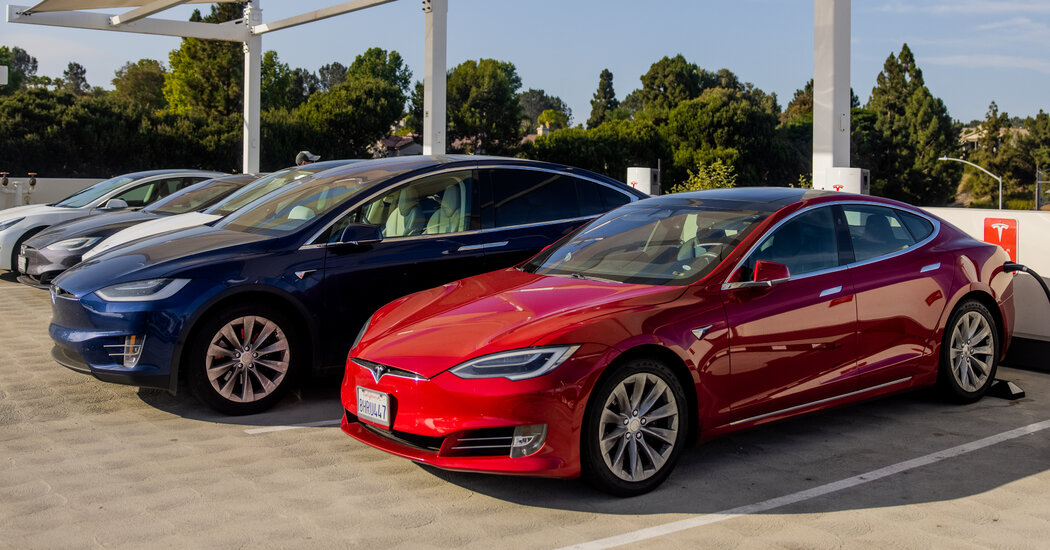 Tesla said Wednesday that profit in the fourth quarter of 2022 rose 12 percent from the previous quarter, above Wall Street expectations, capping a tumultuous year that included intensifying competition, supply chain disruptions and concerns about the behavior of its chief executive, Elon Musk.

Net profit for the quarter was $3.7 billion, up from $3.3 billion in the third quarter, Tesla said. For the full year, Tesla profit more than doubled to $12.6 billion from $5.5 billion in 2021. Sales for the year, including revenue from solar panels and other businesses, rose to $81.5 billion from $53.8 billion the previous year.

It was an eventful year for Tesla dominated by Mr. Musk’s acquisition of Twitter, which led to complaints by Tesla investors that he was neglecting his duties at the carmaker at a critical time.

Mr. Musk “has essentially gone from a superhero with a red cape to a villain in the eyes of many investors after the ongoing Twitter fiasco has cast a dark shadow over Tesla’s stock,”
Daniel Ives, an analyst at Wedbush Securities, said in a note to investors ahead of the earnings report.

Tesla shares fell 65 percent during 2022 as investors doubted whether the company was reacting energetically enough to a long list of challenges and risks.

Among other things, investors worried that Mr. Musk would sell more of his stake in Tesla to finance his Twitter acquisition, flooding the market. They worried about Tesla’s prospects in China, the world’s largest car market, because of problems maintaining the supply of critical parts and growing competition from rivals like the Chinese manufacturer BYD. During 2022, BYD surpassed Tesla in total electric cars sold in China.

At the same time, slowing economic growth and rising interest rates in the United States threatened to reduce the number of people who can afford a Tesla. Fourth-quarter deliveries rose 18 percent, to 405,000 vehicles, the company said on Jan. 2, a lot less than Wall Street analysts had expected and short of Tesla’s own targets.

But Tesla shares recouped some of their losses in January after the company slashed prices on most of its electric cars in the United States and Europe to revive sales. The price of a Model 3 sedan, the least expensive Tesla, dropped by $3,000, selling now for $44,000 in the United States before government incentives.

The markdowns appear to have prompted a surge in orders and helped reassure investors that Tesla had a plan to retain its dominance in electric cars. Tesla faces a stronger challenge from established car companies like Hyundai, Ford Motor, General Motors and Volkswagen, which are selling more battery-powered vehicles and at lower prices than Tesla.

The company’s shares have risen by one-third since the beginning of January, though the stock price is still more than 60 percent below the high it set in November 2021.

Tesla earnings were among the most closely watched numbers on Wall Street this week. It remains the world’s most valuable car company by far and is growing much faster than more established automakers.