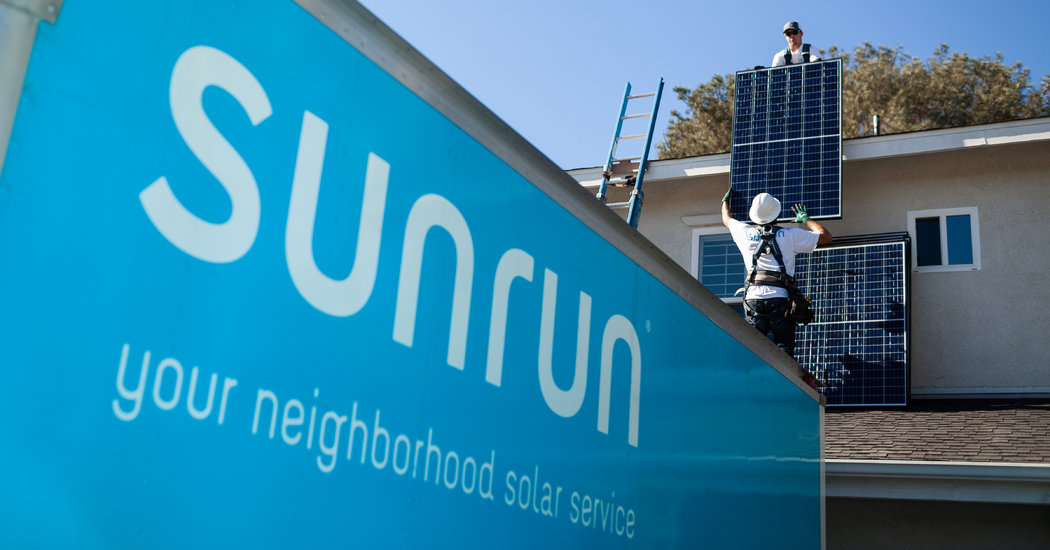 Sunrun, the nation’s largest residential solar company, announced on Monday evening that it was acquiring a leading competitor, Vivint Solar, to form one of the world’s largest providers of solar equipment.

If approved, the $3.2 billion all-stock deal would create a company with about 500,000 customers, Sunrun said in a statement. Board members of both companies unanimously approved the deal, it said.

“Vivint Solar adds an important and high-quality sales channel that enables our combined company to reach more households and raise awareness about the benefits of home solar and batteries,” Lynn Jurich, Sunrun’s chief executive and co-founder, said in the announcement.

Sunrun has focused on financing and installing solar panels and batteries rather than on producing those products itself. “Manufacturing, that’s not our core competency,” Ms. Jurich said in an interview with The New York Times in 2018.

The announcement on Monday cited the continuing growth potential for residential solar products, noting that only 3 percent of American homes were equipped.