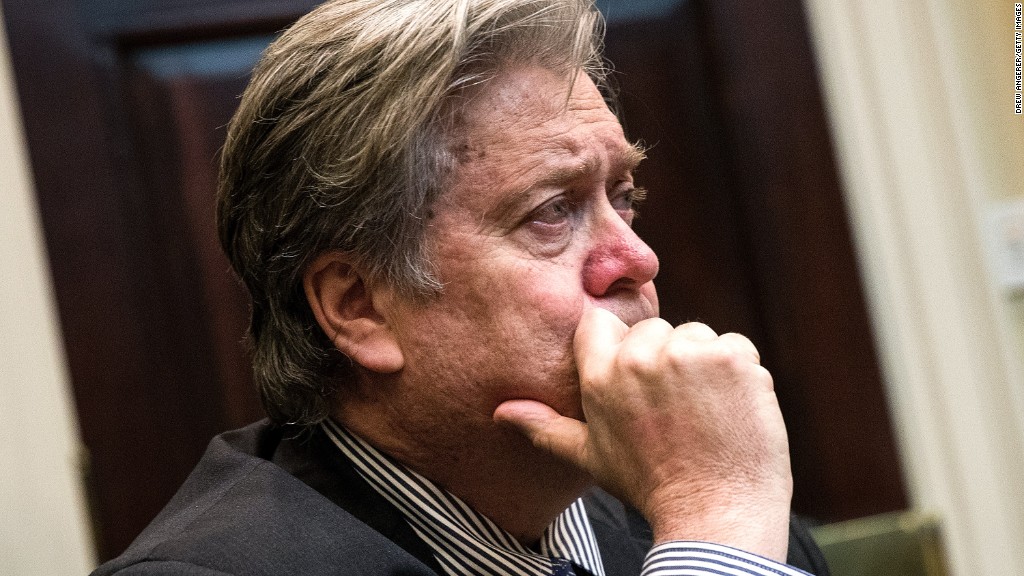 In a written statement, Mnuchin responded to a letter co-signed by nearly 300 of his former Yale classmates calling on him to leave the administration.

“I believe that your letter and these comments raise several important issues and misconceptions that I am prepared to address,” Mnuchin wrote on Saturday.

The letter from his Yale classmates was posted to the site Lettertostevemnuchin.com, and said Mnuchin has a “moral obligation” to resign in protest over Trump’s widely criticized response to a white supremacist and neo-Nazi rally in Virginia last weekend.

“We call upon you, as our friend, our classmate, and as a fellow American, to resign in protest of President Trump’s support of Nazism and white supremacy. We know you are better than this, and we are counting on you to do the right thing,” the letter reads.

Related: Steve Mnuchin’s Yale classmates call on him to resign

“I don’t believe the allegations against the president are accurate, and I believe that having highly talented men and women in our country surrounding the President in his administration should be reassuring to you and all the American people,” he wrote.

Mnuchin also writes that hate groups will not be defended by him or President Trump, quoting Trump’s statement from last Saturday that said, “There is no place for this kind of violence in America.”

That initial statement from Trump angered many because it did not mention neo-Nazis or white supremacists by name. The controversy then grew on Tuesday when Trump held a press conference in which he did condemn those groups, but doubled down on his assertion that the violence in Charlottesville, Virginia — which left one counter-protester dead — was caused by “many sides.”

Mnuchin, who is Jewish, addressed that controversy in his statement.

“I feel compelled to let you know that the president in no way, shape or form, believes that neo-Nazi and other hate groups who endorse violence are equivalent to groups that demonstrate in peaceful and lawful ways,” he wrote.

The Treasury secretary also employed one of Trump’s frequent tactics: criticizing the press.

While saying Mnuchin says he is “familiar with the culture wars being fought in our country” — he writes, “some of these issues are far more complicated than we are led to believe by the mass media.”

He said Trump “deserves the opportunity to propose his agenda” without his opponents seeking to “distract” the administration.

Mnuchin also provides a snapshot of what he hopes to accomplish during his tenure with Treasury: “Simplify regulations, reform taxes, and generate millions of jobs through higher growth.”