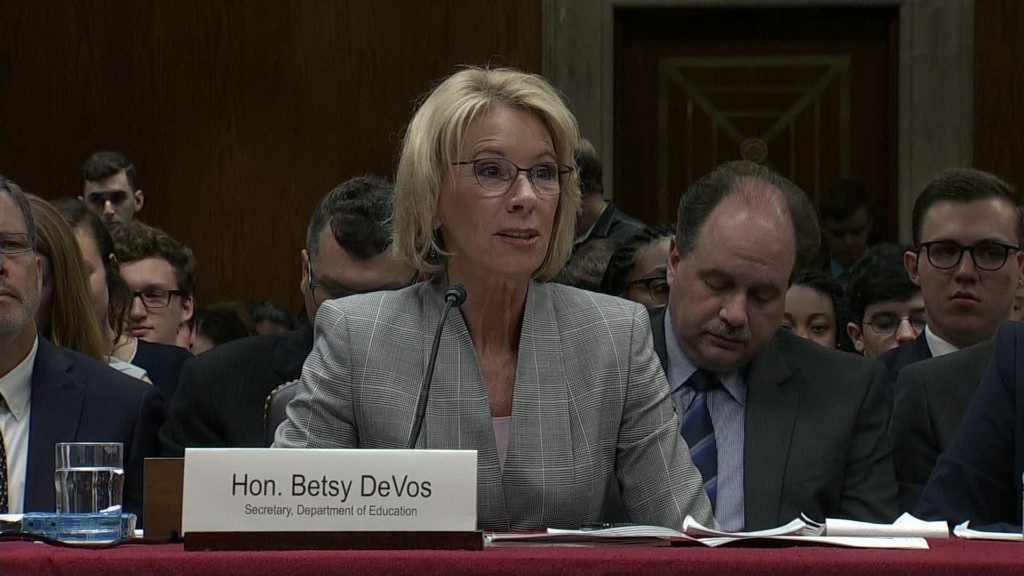 The Borrower Defense to Repayment rule was created in 2016 and was set to take effect on July 1. But DeVos announced in June that she would delay its implementation. Instead, she directed her department to create committees to review and improve the rules.

First, it created standards for students going through the process. And it set up a fast-track application for students who were enrolled in a college when it shut down, or were involved in instances of widespread fraud. The rule also banned schools from requiring students to sign mandatory arbitration agreements that waived their rights to go to court.

DeVos’s move to delay Borrower Defense “is a betrayal of her office’s responsibility and a violation of federal law,” said Massachusetts Attorney General Maura Healey, the lead plaintiff in the lawsuit. She accused DeVos of “sid[ing] with for-profit school executives against students and families drowning in unaffordable student loans.”

The rule was created in part to address the unprecedented number of students applying for loan forgiveness following the collapse of the for-profit Corinthian Colleges, which had misled prospective students with inflated job placement numbers. The part of the rule that fast-tracked students who attended closed schools was implemented early to help Corinthian students, specifically.

The Department of Education did not immediately respond to a request for comment.

When DeVos announced her delay of the rule in June, she said it had created a “muddled process that’s unfair to students and schools, and puts taxpayers on the hook for significant costs.”

Thousands of former students from Corinthian Colleges, the American Career Institute and ITT Tech have been approved for loan discharges under the Borrower Defense to Repayment rule. As of last October, 15,000 former Corinthian students had been approved for debt relief, totaling $247 million.