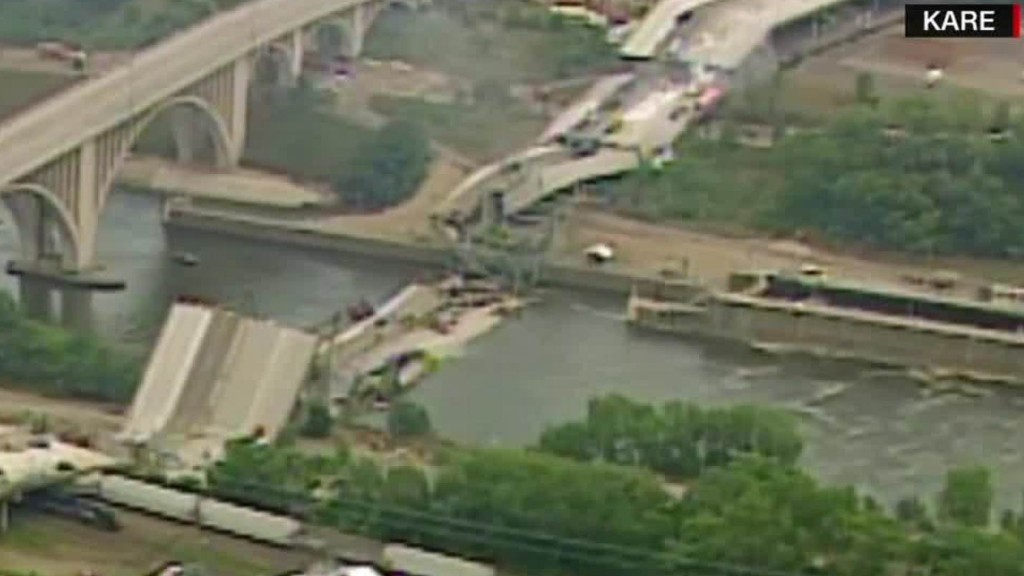 Last December, a delegation from the U.S. Conference of Mayors attended a meeting on the 29th floor of Trump Tower, and left encouraged: President-elect Donald Trump had reiterated a promise from the campaign trail that his new administration would use federal dollars to leverage $1 trillion in funding for everything from the nation’s roads and bridges, to its transit systems and electrical grid.

“We have said to him, ‘if you want to do economic development, rather than screwing around with this tax bill that’s so unpopular, let’s do infrastructure,'” said Tom Cochran, the Conference of Mayors’ executive director. “When it’s all over, there’s just a lot of discussion. There’s no plan.”

Lately, Trump is again promising action on infrastructure soon, heralding an imminent proposal on Monday after an Amtrak train derailed in Washington state.

“The train accident that just occurred in DuPont, WA shows more than ever why our soon to be submitted infrastructure plan must be approved quickly,” Trump wrote in a tweet. “Seven trillion dollars spent in the Middle East while our roads, bridges, tunnels, railways (and more) crumble! Not for long!” (The accident occurred during the inaugural run of a train that had just received millions of dollars in upgrades.)

The train accident that just occurred in DuPont, WA shows more than ever why our soon to be submitted infrastructure plan must be approved quickly. Seven trillion dollars spent in the Middle East while our roads, bridges, tunnels, railways (and more) crumble! Not for long!

But Cochran isn’t the only one exasperated by a year of inaction on a campaign promise that enjoys broad bipartisan support, and which economists think would improve the economy by providing opportunities to lower skilled workers who may have given up looking for jobs.

State and county governments, gas and water utilities, regional transportation authorities, labor unions and community groups were all looking forward to completing deferred maintenance projects that have led the American Society of Civil Engineers to give the nation’s infrastructure system a near-failing grade for almost three decades. The trade group estimates $4.59 trillion would be needed over 10 years to clear the backlog.

“States and localities have been able to increase revenue for transportation,” said Jim Tymon, chief operating officer of the American Association of State Highway and Transportation Officials. “I think the missing piece here is that there hasn’t been a change at the federal level in the last 25 years.”

The federal government funds infrastructure projects primarily through grants to states, which peaked as a percentage of the gross domestic product during the construction of the national highway system and sewers under the Clean Water Act in the 1970s. Spending averaged 0.5% of GDP between the late 1950s and early 1980s, and has come down to about 0.37% since then, while the states have increased their share of spending on infrastructure.

Days after Trump’s inauguration, Senate Democrats proposed a $1 trillion infrastructure package that would have been paid for by closing unspecified tax loopholes. Trump’s budget proposal from March contained $200 billion for infrastructure, but emphasized streamlining permitting processes to boost investment from the private sector, while cutting funding for Amtrak, highway renovations, water facilities on Native American reservations, rural airports and other existing programs.

In recent weeks, administration officials have told industry groups and local government officials that an infrastructure plan would be unveiled in January, with $200 billion in federal funding that will be parceled out in grants to state and local governments that promise to match the investments with their own revenue, either in the form of taxes or private money.

“There’s been a trend currently in the U.S. to have more state and local government investment in infrastructure,” said DJ Gribbin, Special Assistant to the President for Infrastructure Policy, at an event last week in Washington. “What we want to do is accelerate that trend.”

Local governments have two main issues with the president’s approach, however. Both have to do with the Republican tax reform plan.

The first problem: There will be a lot less money to go around after tax reform. The nonpartisan Joint Committee on Taxation has calculated the tax bill will add about $1 trillion to the debt — even after economic growth is taken into account — and local leaders fear Congress won’t want to expand the deficit even further.

Related: Trump’s $1 trillion infrastructure promise has an obstacle: His own budget cuts

Meanwhile, the GOP’s tax package also caps the amount of state and local taxes that filers are able to deduct from their federal income taxes, which may weaken support for future tax hikes proposed by counties, states and cities. That poses a problem, since the ability to contribute local revenue is a large part of how the White House plans to decide which applications are granted.

“You’ve got a perfect storm where states and localities are not allowed to raise their own revenue, but are encouraged to by the federal government,” said Emily Swenson Brock, director of federal relations for the Government Finance Officers Association. “No state or local finance officer is looking at that finance package and saying, ‘that seems feasible.'”

When asked about the revenue-raising challenges of limiting the state and local tax deduction, presidential assistant Gribbin said that there were “tradeoffs” made to keep overall taxes low. “Our top priority, because of the huge impact it will have on our economy, is to get tax reform passed,” he said.

Some states are in better fiscal shape than others, with many struggling to meet legacy pension obligations, or suffering shortfalls due to a drop-off in natural resource taxes. In 2016, the Government Accountability Office found that cities with declining populations also had a particularly hard time modernizing their water systems by raising rates, since those who remained in town couldn’t always pay.

“Some of our states that are so financially strapped, they have been trying to figure out revenue for just basic needs like education,” says Kim Glas, executive director of the Blue Green Alliance, a coalition of labor and environmental groups. “When you shift the burden to the states, it leaves more questions about what scale we could do major infrastructure on.”