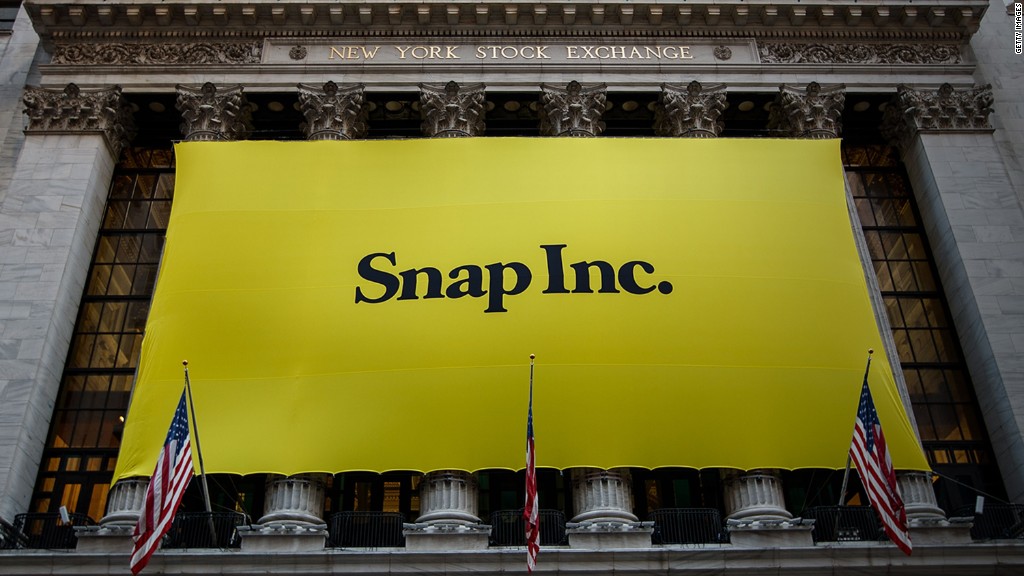 Snapchat has seen much of its market value disappear since going public in March. Now the situation could go from bad to worse.

Snap (SNAP), the parent company of Snapchat, fell as much as 5% in early trading Monday to a new low as some company insiders finally get the chance to cash out. The stock later rebounded and was flat by late morning.

Like many newly public companies, Snap had a “lockup” agreement preventing employees and early investors from selling their stock. The first lockup period expired on Saturday, with Monday being the first day of trading.

Early investors are now able to dump about 400 million shares in the company, according to an investor note from from Douglas Anmuth, an analyst with JPMorgan. And that’s just the start.

Another 782 million shares held by employees are expected to be eligible to hit the market on August 14 after the company reports earnings, according to Anmuth.

It’s a moment of truth for Snap, testing whether executives, board members and longtime investors are confident enough in the company to continue holding much of their stock.

Concerns about the market being flooded with more than a billion extra shares of Snap have hung over the company throughout the summer. Snap’s stock fell below its IPO price last month for the first time.

Facebook (FB, Tech30), Twitter (TWTR, Tech30) and LinkedIn all fell as their lockup periods expired, but gradually rebounded in the weeks after.

In that first report, Snap revealed a staggering $2.2 billion net loss for the quarter and sluggish user growth. The latter will continue to be a point of focus as Instagram finds success aggressively cloning Snapchat features.