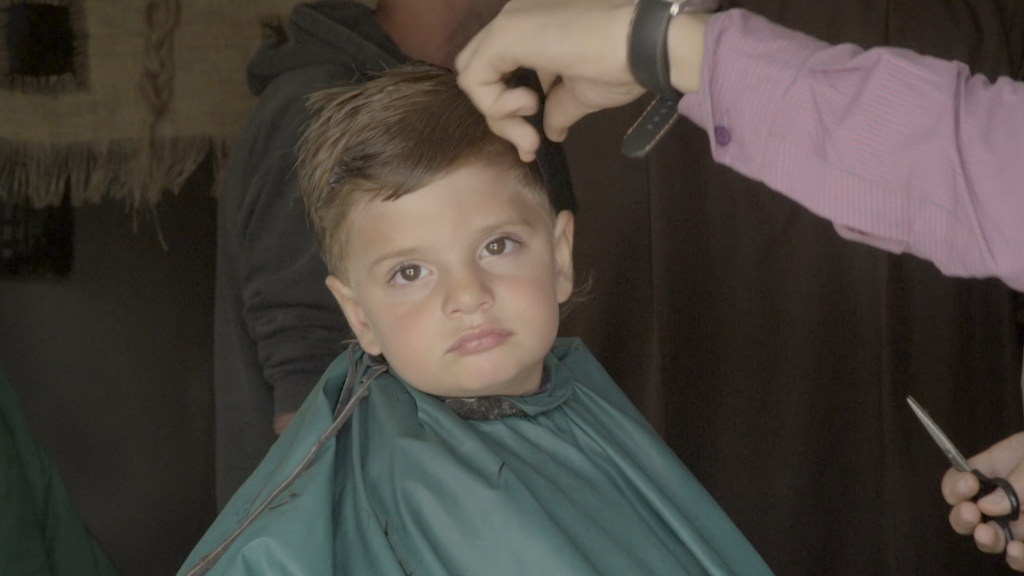 For millions of displaced refugees living in camps, the ability to survive and rebuild their lives often depends on transportation.

Without it, refugee families are unable to get to hospitals, send children to schools, go to local job centers, even shop for food and everyday necessities.

“Lack of transportation robs refugees of their dignity and ability to be self-sufficient,” said Gia Farooqi, co-founder of Roshni Rides.

Roshni Rides, a startup launched by four students at Rutgers Business School, studied the problem and created a solution: a rickshaw transportation network that works like a ride-sharing shuttle service.

The rickshaws take passengers on preset routes to important destinations like hospitals, schools and markets.

The concept was presented on Saturday the annual Hult Prize competition, which challenges college students to tackle global problems.

Roshni Rides — founded by undergraduate business students Gia Farooqi, Hasan Usmani, Moneeb Mian, and Hanaa Lakhani — beat out five other startup finalists and earned $1 million in funding. The startup was one of 50,000 entries, up from 25,000 submissions last year.

The startup piloted the program in Pakistan’s Orangi Town, outside of Karachi, this summer with three rickshaws.

“The four of us are Pakistani Americans,” Farooqi told CNN. “Pakistan is the biggest host country to refugees in Asia. So we thought, let’s start here.”

According to Farooqi, Orangi Town has more than 2.5 million refugees. In January, the team researched transportation challenges faced by those who relocated to the region.

The team learned that even though three-wheeled rickshaw taxis are ubiquitous in large cities throughout Pakistan, they aren’t easily accessible and affordable to refugees.

“On average, one rickshaw picks up a single customer per ride, leaving three other seats empty. So drivers are barely making any daily profit,” she said.

Roshni Rides estimates as many as two million underutilized rickshaw taxis in Pakistan.

The initial idea was to use the existing rickshaw infrastructure and drivers to create a cheap and reliable ride-sharing service for refugees. The team also wanted the fleet to be solar powered but pivoted away from that concept due to high costs.

With the latest iteration, the startup employs local rickshaw drivers and their own vehicles. Once pre-set routes are decided, a schedule for pick-up locations is developed based on demand.

“This will take out the price gouging concerns,” said Farooqi.

The team estimates each Roshni Rides trip will cost about $0.76 cents — less than half of what rides costs now. Drivers are expected to make a profit of $21 a day with a model that accurately aligns demand with supply.

Roshni Rides wants to use its $1 million prize to grow its fleet to 1,200 rickshaws and create 1,600 local jobs.

“We’re starting at home first before we tackle the rest of the world,” said Farooqi.