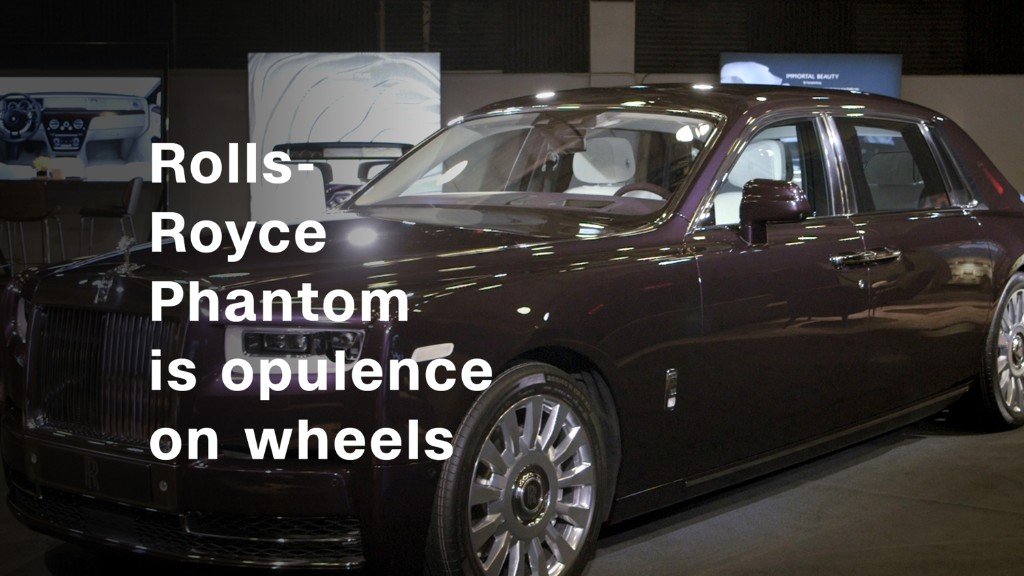 Unless you are an avid follower of Rolls-Royce, you might not immediately recognize that this is an entirely redesigned model. But as far as Rolls-Royce is concerned, the change it represents is as enormous as the car itself.

The new Phantom is a major shift in the way the British carmaker, a subsidiary of Germany’s BMW, designs cars for its ultra-wealthy customers. From now on, according to Rolls-Royce, its cars will be made — from the wheels right up to the top of the tall roof — without borrowing engineering from BMW cars, as many recent models have done.

Rolls Royce made the change because the brand wanted to engineer its cars specifically for its own unique requirements, executives said. A Rolls-Royce may not be the “Ultimate driving machine,” but it should be “The ultimate luxury machine.”

“Every one of our customers — each a connoisseur of luxury in the extreme — were asking for something more individual to them, not less,” Rolls-Royce CEO Torsten Müller-Ötvös said in a statement. “We were adamant that that was what they should have.”

The new Phantom’s body is a shade shorter, end-to-end, than today’s Phantom, but still longer than a Chevrolet Suburban. It is made entirely of aluminum. It has smoother lines, particularly around the famous Rolls-Royce grill, and a more gracefully tapered rear-end than today’s version. As in past Phantoms, the roof is exactly twice the height of the car’s big tires, a precise proportion that’s considered a requirement for this model.

Besides expected features, like an optional built-in liquor cabinet and champagne chiller with crystal glasses, the new Phantom has one particularly novel interior feature that required a whole new production area inside the Rolls-Royce factory.

“The Gallery,” as it’s called, is a new kind of dashboard decoration. Instead of wood or metal trim, a perfectly sealed shatter-resistant glass case runs across of most of the dashboard. Inside that glass case an owner can put … virtually anything. Examples the carmaker displayed included porcelain flowers, a solid gold 3D-printed map of the owner’s DNA, or an intricate array of dark feathers.

Customers will be offered a few selections from which they can choose or they can commission their own. The galleries are created inside a special clean room free of dust, moisture and hair, an environment similar to that in which computer microchips are made.

The new Phantom’s underlying structure and engineering — its “architecture” in auto industry language — was created wholly for this car and is not shared with any other Rolls-Royce or BMW products.

In the future, as various Rolls-Royce models are redesigned, they will all share the new “Architecture of Luxury,” as Rolls-Royce calls it. That will include Rolls-Royce’s upcoming SUV-like vehicle as well as the Ghost, Wraith and Dawn, whenever those vehicles are eventually replaced. 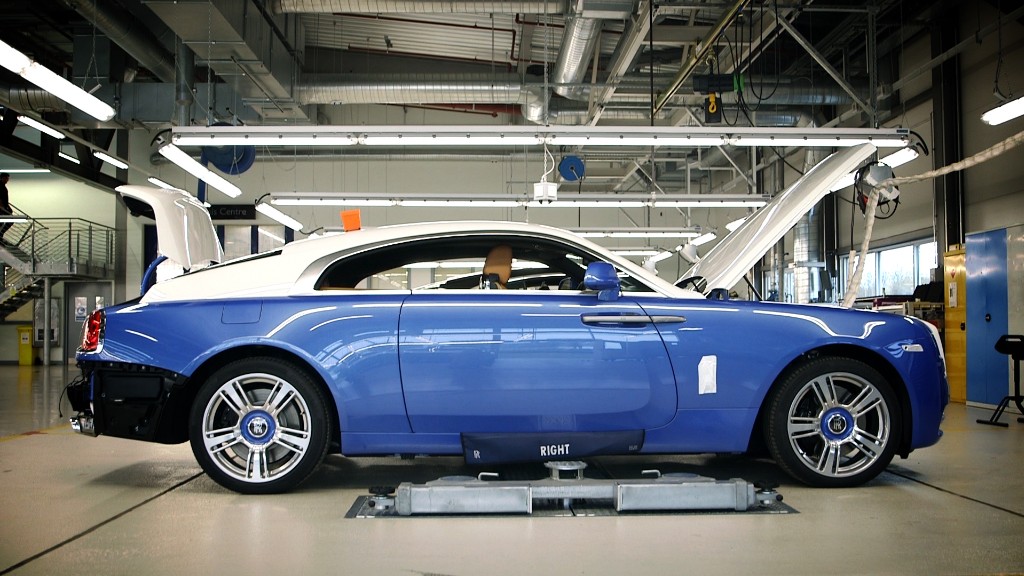 The Phantom is powered by a 563-horsepower, 6.75-liter turborcharged V12 engine. Despite weighing nearly three tons, it can accelerate to 60 miles an hour in about five seconds, according to Rolls-Royce. The car’s eight-speed transmission is connected to a satellite navigation system so that it can select the proper gear depending, in part, on whether the car is approaching an uphill or downhill grade. That system, already used in other Rolls-Royce cars, helps ensure the smoothest possible gear shifts.

The first customers for the new Phantom will get their cars around the end of this year. Rolls-Royce hasn’t announced the price of the new Phantom yet but it’s expected to start at around $500,000.