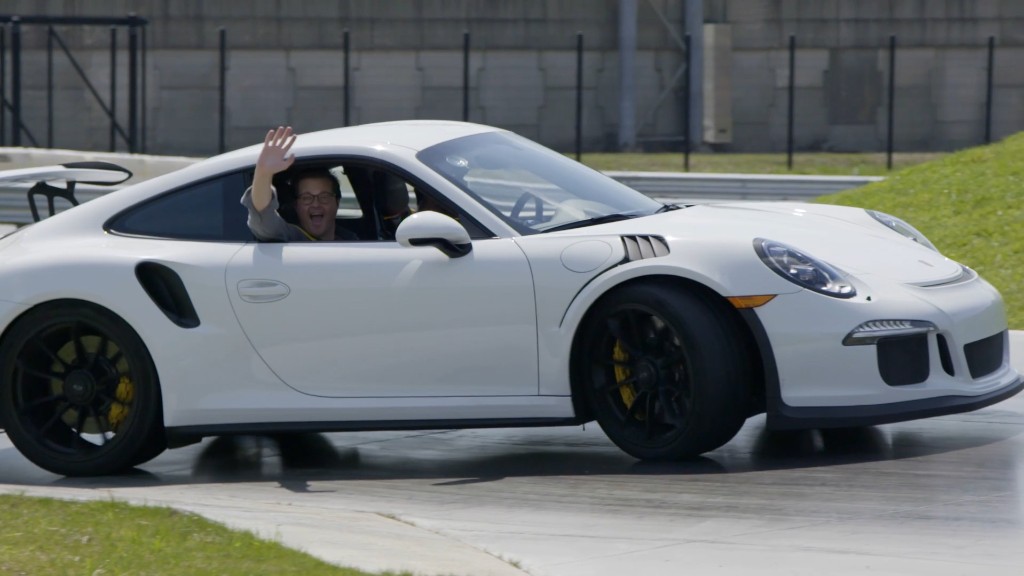 Porsche has just unveiled the fastest and most powerful version of its iconic 911 sports car.

The new 911 GT2 RS is powered by a turbocharged 700-horsepower 3.8-liter six-cylinder engine.

The rear-wheel-drive car can go from zero to 60 miles per hour in just 2.7 seconds and has a top speed of 211 miles an hour. That makes it the fastest road-legal 911 the company has ever produced.

The engine is based on the one now used in the 580-horsepower Porsche 911 Turbo S, but it’s been fitted with larger turbochargers along with some other power-boosting changes. The GT2 RS also has rear-axle steering for improved cornering. This is a system that, at low speeds, turns the back wheels slightly in the opposite direction of the front wheels for tighter cornering and, at higher speeds, turns them in the same direction for greater stability.

To save weight, this car does not have the small back seats found on more common versions of the 911. Many of the car’s interior and exterior body parts are made from lightweight carbon-fiber reinforced plastics.

Most powerful Lamborghini ever is sold out

The roof panel is made from magnesium, which further reduces the car’s weight. A set of optional features called the “Weissach package” saves another 40 pounds by using even more carbon fiber parts as well as magnesium wheels.

The Weissach package adds an additional $31,000 to the car’s base price of $293,200. Porsche — along with Audi, Lamborghini and Bentley — is part of the Volkswagen Group (VLKPY).