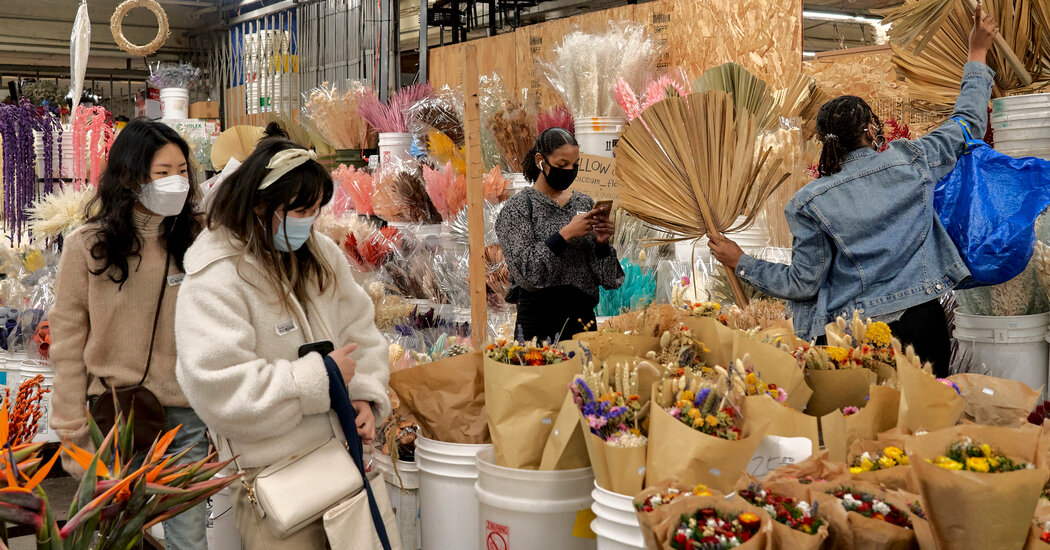 Personal income was up a remarkable 10 percent in January, the Commerce Department reported on Friday, but the increase was almost entirely attributable to the $600 government relief checks and unemployment insurance payments.

Spending last month also increased by a healthy 2.4 percent, largely because of purchases of goods, while purchases of services lagged as the pandemic continued to weigh on the leisure and hospitality industries.

It was the biggest jump in personal income since April, when the figure was lifted by nearly $3 trillion in government transfer payments. That was mostly in the form of $1,200 checks that millions of households received from the federal government.

The combination of government aid and reduced spending because of the pandemic led to a big buildup in savings last year, said Jay Bryson, chief economist for Wells Fargo. He estimates that U.S. households were sitting on $1.5 trillion in extra savings even before the latest round of stimulus payments.

“People were getting all this money and they had no place to spend it because the economy was shut down,” he said. “So what did they do? They literally put it in the bank.”

That cash stockpile will grow even larger if Congress passes another round of aid, as now seems likely. But as the pandemic ebbs, Americans are likely to start spending again — turning the built-up savings into fuel for the economy.

“We just think there’s going to be this huge pent-up demand for services that’s going to be funded by that excess savings,” Mr. Bryson said.

But not all the government aid is being saved. Retail sales surged in January, a sign that some Americans were spending the money. Some of that spending might have been on essentials, as unemployed workers refilled pantries after weeks with little help. But some of it might also reflect the gradual reopening of the American economy, even as the pandemic continues to rage.

“We’ve learned to deal with this thing in the last year,” Mr. Bryson said.