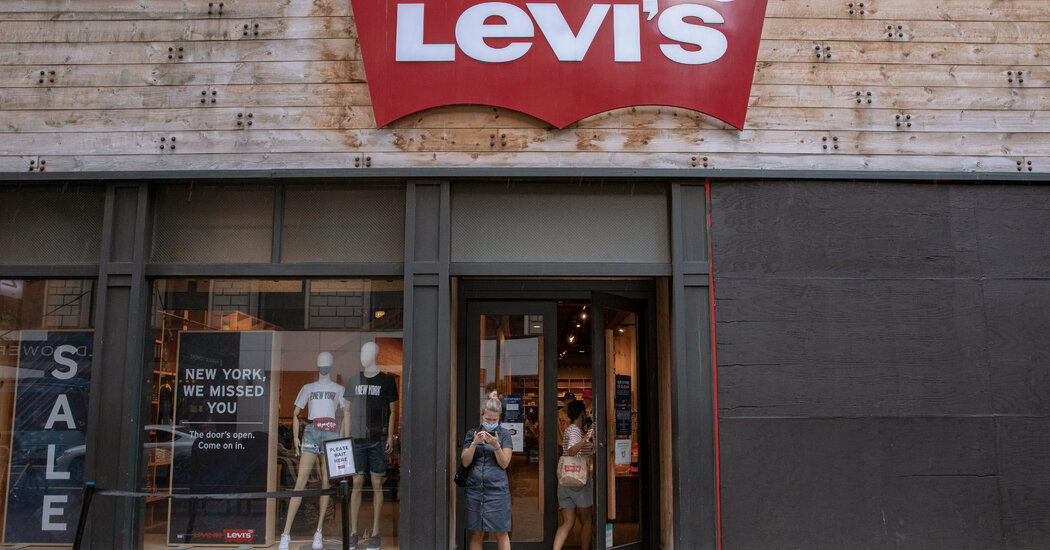 Many analysts had predicted that surging infections in states like Arizona, California and Texas that forced restaurants and stores to close again after reopening once already would significantly dent retail sales in July.

There were some regional dips, but national sales continued to rise. Some economists said that pointed to the substantial shift the country had made to online shopping during the pandemic.

But selling goods online is by no means a panacea. For one thing, it can be far more expensive to retailers because of shipping costs. Even as online buying increases during the pandemic, many retailers are seeing profits drop.

“Profitability is not coming back to last year’s levels until 2022,” Mr. Chadha said.

Still, the increased emphasis on e-commerce has pushed retailers to embrace change. Companies like Levi Strauss & Company, the denim retailer, have accelerated the introduction of features like curbside pickup and appointment shopping and are testing same-day delivery. The pandemic has supercharged “what may have taken five or 10 years and compressed it into this very short period of time,” said Chip Bergh, Levi’s chief executive.

With malls and department stores struggling, brands like Levi’s have been forced to think about the best way to reach customers. “With hundreds of doors closed by more traditional department stores, we’re remapping the market,” Mr. Bergh said. The brand has expanded to about 140 to 150 Target locations in the past 18 months “and as other department stores are going to be closing, we’re working with Target to see if there’s an opportunity for us to do more.” He also said that the brand has a successful value line at Walmart and a longtime partnership with Amazon.