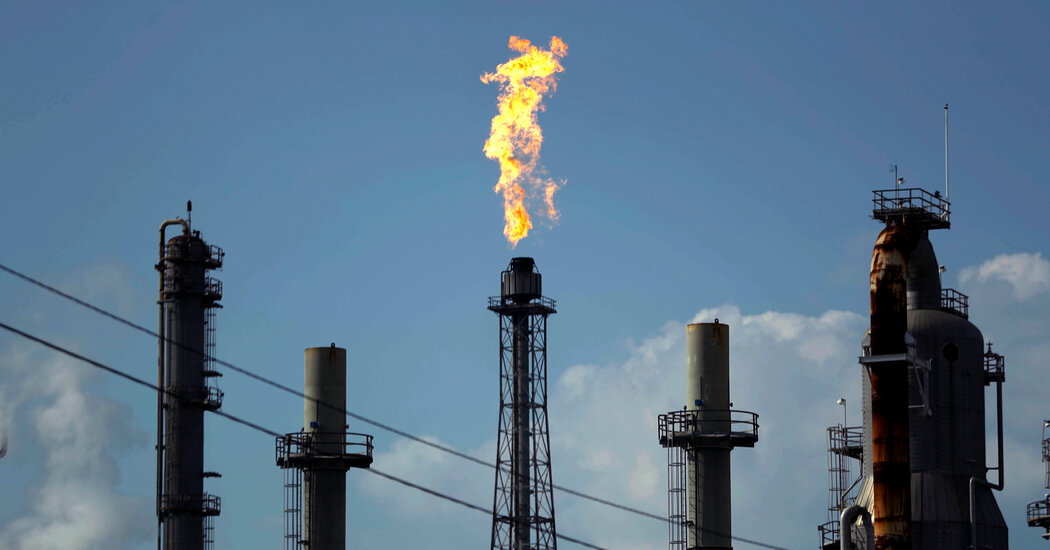 The hearings mark the first time oil executives will be pressed to answer questions, under oath, about whether their companies misled the public about the reality of climate change by obscuring the scientific consensus: that the burning of fossil fuels is raising Earth’s temperature and sea levels with devastating consequences worldwide, including intensifying storms, worsening drought and deadlier wildfires.

House Democrats compare the inquiry with the tobacco hearings of the 1990s, which brought into sharp relief how tobacco companies had lied about the health dangers of smoking, paving the way for tougher nicotine regulations. Climate scientists are now as certain that the burning of fossil fuels causes global warming as public health experts are sure that smoking tobacco causes cancer.

“It’s critical that this committee examine the pressing concerns of American citizens,” he said, pointing to inflation, high gas prices, the border crisis, the Afghanistan withdrawal and ongoing coronavirus pandemic. He did not mention climate.

Here are some expected points of contention:

What have oil companies said over the years about climate change, and the need for climate action?

In a statement released ahead of the hearing, Exxon said that its statements about climate science have been “truthful, fact-based, transparent and consistent with the broader mainstream scientific community at the time” and “evolved” as the science did.

Academics disagreed sharply with the statement on Wednesday. “I study the history of climate science; this is flat out false,” Naomi Oreskes, whose work has focused on the tobacco and fossil fuel industries, wrote on Twitter in response to the Exxon statement.

In recent research, Dr. Oreskes and Geoffrey Supran, a research fellow at Harvard, examined Exxon Mobil documents related to climate to catalog how the company downplayed the reality and seriousness of climate change to try to shift responsibility for climate change away from itself and onto consumers.

As recently as 2000, Exxon Mobil advertised in The New York Times that “scientists have been unable to confirm” that the burning of oil, gas and coal caused climate change. However, a decade before that, scientists had confirmed that the planet had warmed by 0.5 degrees Celsius over the previous century because of fossil fuel-driven greenhouse gases.