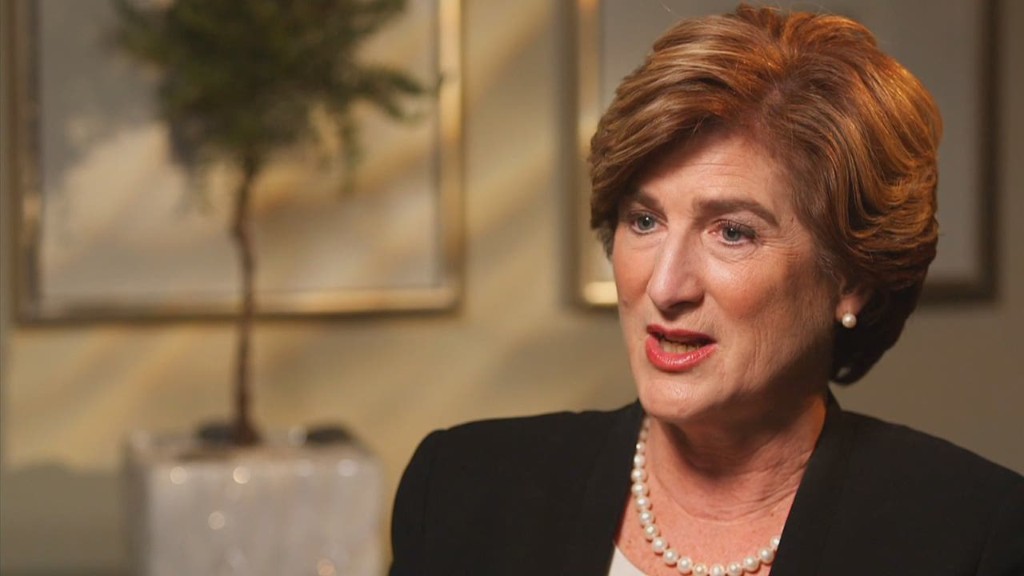 When the thing your company is named for is no longer selling all that well, that’s a big problem. Just ask Campbell Soup, which reported lousy earnings Tuesday because of weak soup sales.

Shares of Campbell Soup (CPB) plunged more than 7% after the food giant said that soup sales in the U.S. fell 9% from a year ago. The company also lowered its earnings outlook for fiscal 2018.

CEO Denise Morrison said overall sales were hurt by the fact that “the operating environment remains volatile with a rapidly evolving retailer landscape and competitive activity.” In other words, food prices are coming down at your local grocer.

There is also tough competition from other retailers known for keeping prices relatively low, most notably Walmart (WMT) — which has a thriving supermarket business — and warehouse king Costco (COST).

In fact, it appears a dispute with Walmart is partly to blame for Campbell Soup’s recent problems. The Wall Street Journal reported in August that Campbell Soup and Walmart could not agree on pricing and shelf space promotion for the company’s soup.

Campbell Soup Chief Financial Officer Anthony DiSilvestro said during a conference call with analysts Tuesday that a big percentage of the company’s weak U.S. soup sales was due to “reduced support levels with a key customer.”

Campbell Soup would not identify the customer but several Wall Street analysts have said that it’s Walmart in research reports as well.

The company faces some other challenges though. Poor weather hurt carrot crops and that hit sales and profits.

Carrots are a key ingredient in many of the company’s soups. Campbell Soup also sells bagged carrots through its Bolthouse Farms brand. Campbell Soup mentioned carrots 29 times during its conference call.

Still, all is not lost for food companies. Even though Campbell Soup and several of its rivals are struggling, there are some bright spots among the supermarket staples.

Peanut butter and jelly maker Smucker (SJM) posted better than expected revenue last week too and its stock surged nearly 10% on the news.

And Hormel (HRL), which owns Skippy and the SPAM brand of canned meat, rose 5% Tuesday after reporting surprisingly strong sales.