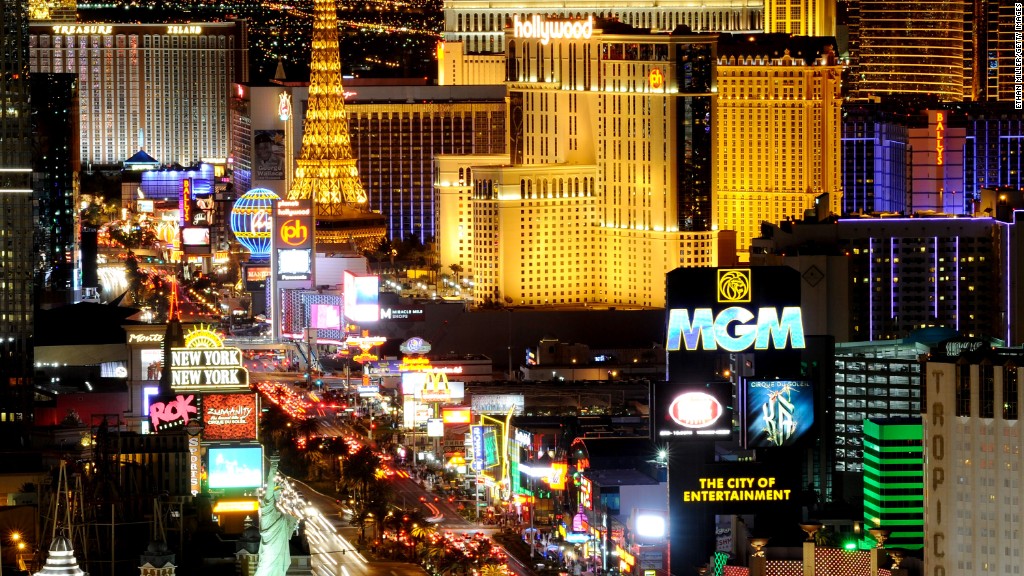 Nevada has broken a logjam that threatened to cut off the supply of legal recreational marijuana.

The state, which officially began selling legal marijuana on July 1, only issued its first license to actually transport the product from the farm to the store on Wednesday.

The move will give some dispensary managers relief while officials sort out a larger distribution issue.

Five states allow legal recreational marijuana sales, but Nevada limits which companies can participate in its supply chain. The rules led to worries among dispensary managers that they wouldn’t be able to restock following better than expected demand during the first two weeks of legal sales.

But the first license has been awarded to Blackbird Logistics Corporation, which began shipping almost immediately.

“The dam has been broken and stuff is starting to trickle in,” said Al Fasano, COO of the Las Vegas dispensary ReLeaf, who had been worried that his shelves may run dry without a shipment of new product.

Blackbird has operated primarily as a logistics and delivery company for medical marijuana, which has been legally sold in Nevada since 2014.

Medical marijuana does not carry restrictions on its supply chain under state law and anyone can transport it. Recreational marijuana, however, can be shipped only by liquor distributors.

The Nevada Tax Commission could vote Thursday on “emergency regulations” to open deliveries up to non-liquor companies to meet the boom in demand from customers. The commission is meeting to determine the appropriate number of distributors to supply the state’s 47 legal dispensaries.

Demand for legal marijuana has been huge in Las Vegas where tourists are lining up in triple-digit heat to get some. Dispensary managers who talked to CNNMoney said the demand was almost double what they anticipated and that they worried their stores might run out of inventory. None of the dispensaries seem to have completely run out of stock, so these state licenses might be coming in the nick of time, they said.

Related: Nevada’s pot business is up and running

Blackbird is only one company, however, and more help is likely needed to keep the burgeoning industry afloat. Conder told CNNMoney he has plans to double his 30-employee workforce by the end of the month to handle a dramatic increase in work.

The Nevada Department of Taxation, which oversees the industry, reached out earlier this year to liquor distributors and found no takers, blaming either a lack of interest or a failure to meet application requirements.

The department subsequently invited non-liquor companies to participate in the supply chain, and was promptly sued by the Independent Alcohol Distributors of Nevada, a liquor industry group.

Last month, a Carson City judge ruled in favor of the liquor distributors, giving them the exclusive right to deliver recreational weed, at least for now. The Taxation Department has appealed that decision and will decide Thursday whether to continue with its legal challenge.

Kevin Benson, a lawyer representing the liquor industry in its lawsuit, blamed the Taxation Department for the holdup in issuing licenses.

“This is not the fault of the distributors,” he said. “It is because the licensing process was badly delayed due to the Department’s initial, erroneous, determination back in March that alcohol distributors were insufficient.”

Related: The sin that’s not welcome on the Sin City Strip

Medical marijuana is legal in 29 states, but the drug remains illegal in the eyes of the federal government.