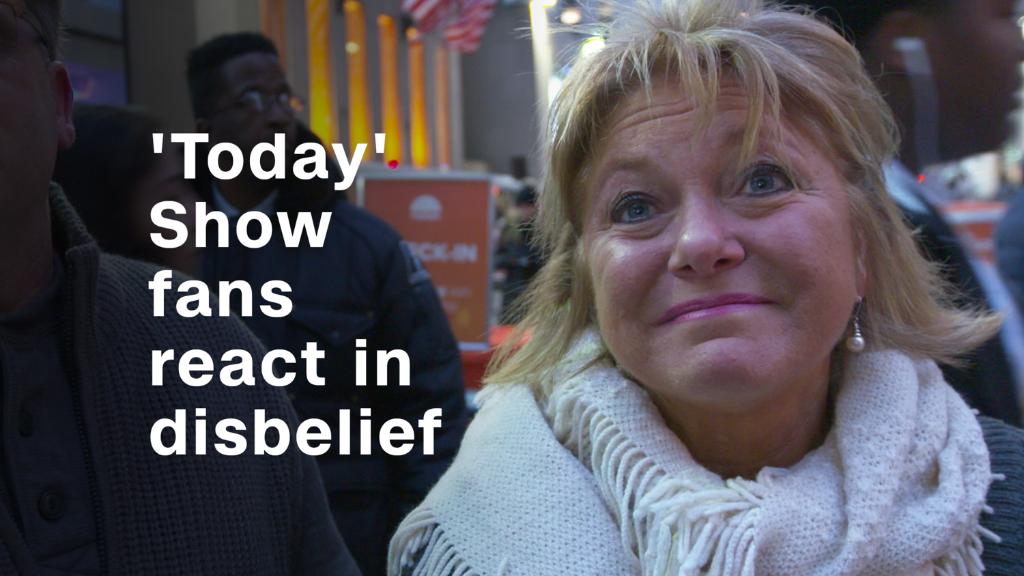 Matt Lauer’s contract called for him to be paid tens of millions of dollars. But NBC doesn’t expect to pay it.

Lauer “will not be paid past his last day of work,” a senior NBC source told CNNMoney on Friday.

Questions have been swirling about the possibility because the New York Post published a story on Thursday that said Lauer’s lawyers have been angling to get him a payout.

The $30 million figure was predicated on the fact that Lauer was paid about $20 million a year to co-host the “Today” show — an extraordinary sum of money that reflects how profitable the morning show is.

The sprawling “Today” show franchise makes hundreds of millions of dollars a year in ad sales.

Lauer’s contract was believed to expire in late 2018. However, the New York Post indicated that it extended through the first half of 2019, leading to the $30 million figure.

The senior NBC News source did not dispute that Lauer’s attorneys might hatch a plan to get him paid. But the source said the network will not agree to any payout.

Television news contracts typically include a morals clause, giving a network some flexibility to fire a high-priced anchor for cause.

These sorts of issues sometimes end up in arbitration or court, but are usually settled privately.

Two people close to Lauer expressed doubt that he would play hardball with his former network. Given reports about his yearly salary over the past decade, he has likely already been paid well in excess of $100 million during his time at NBC. He has multiple properties and investments.

Earlier this week, a source said that Lauer was accepting of NBC’s decision to terminate his contract, and expressed remorse when NBC News chairman Andy Lack called him with the news on Tuesday night.

In a statement on Thursday, Lauer said he was “truly sorry” for the pain he has caused.

Three women are known to have filed formal complaints with NBC this week about Lauer’s alleged wrongdoing. The first harassment complaint, made on Monday night, triggered an internal investigation and Tuesday night’s firing decision.

After his termination was announced on Wednesday, two other accusers reached out to the network.

In a memo on Friday, Lack said NBCUniversal would conduct a review of what happened and would strengthen its internal processes so that staffers feel safe coming forward with allegations of misconduct.

Paying Lauer a huge amount of money on the way out the door would arguably send a contrary message.

21st Century Fox was widely criticized for paying former Fox News chairman Roger Ailes when he resigned under pressure amid a sexual harassment scandal last year. The criticism resumed when Bill O’Reilly reportedly received about $25 million, a severance payment amounting to one year of his four-year contract, when he left Fox earlier this year.