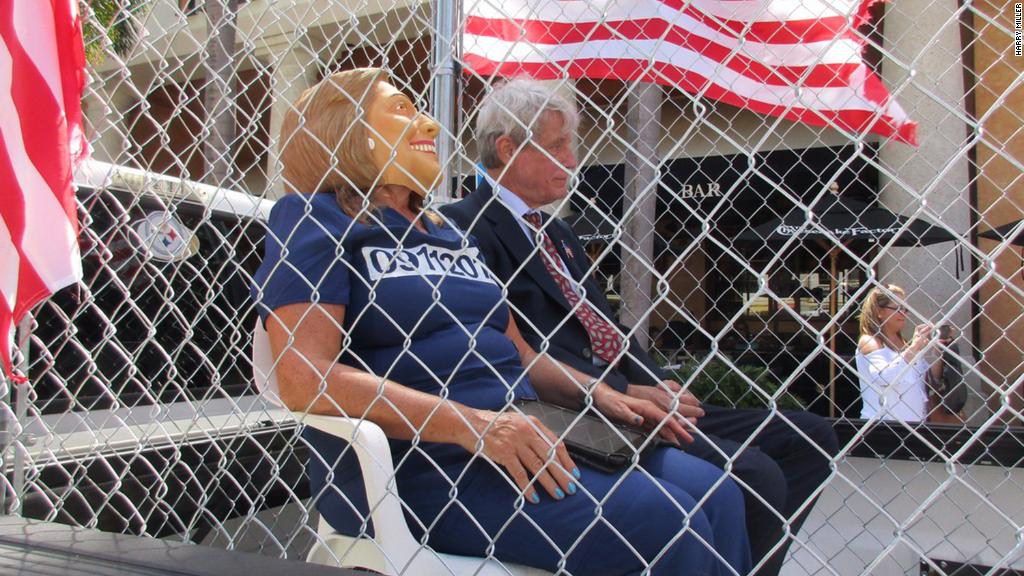 But how do you model for indictments that may move markets? Apparently, with artificial intelligence.

GeoQuant’s machines sift through a range of metrics — everything from political polls and news headlines to social media and legal proceedings — to come up with a new score each day. Even though it’s an “index,” it doesn’t track stocks or bonds. Like the VIX (VIX) volatility index, it tracks the perception of risk, in this case political risk.

Currently, the Mueller Risk Index is sitting at its highest level since GeoQuant began tracking on March 2, the day Attorney General Jeff Sessions recused himself from any investigation pertaining to Russia.

“It’s been creeping up,” said Mark Rosenberg, a political economist who co-founded and leads GeoQuant. “The most appropriate comparison would be Watergate.”

GeoQuant has no stated political agenda. Its founder received his PhD from UC Berkeley and currently teaches political risk analysis at Columbia University.

Related: Problem with rising rates: Corporate America has a ton of debt

The new tool is part of a software platform that GeoQuant sells to hedge funds, asset managers, insurers and other investors for about $40,000 a year. GeoQuant is backed by $4 million of seed funding from two venture capital firms: Israel-based Aleph Venture Capital and XL Innovate, a Silicon Valley fund that invests in products for insurers.

GeoQuant found a “clear pattern”: Rising trouble for the Trump administration sparks a small but noticeable downturn in the stock market and a bounce for the U.S. dollar.

“The stock market loves Trump and the dollar hates him,” said Rosenberg, who previously worked at consulting firm Eurasia Group

Although the Dow has surged about 40% since President Trump’s election, the dollar has lost about 8% of its value against rival currencies.

Rosenberg said this diverging reaction reminds him of what happens when a populist government takes power in an emerging market nation and promptly stimulates the economy — by adding to the deficit.

“There is declining confidence in the currency and the debt,” he said, “but it fuels an equity boom because of the super-charging of the economy.”

The Mueller Risk Index was driven by demand from hedge funds and other clients, showing how even sophisticated investors are struggling to understand the drama in Washington.

Two “huge issues loom” in March for investors: pending U.S. trade tariffs and “The Big One: the near-certainty of more indictments from Robert Mueller,” Greg Valliere, chief global strategist at Horizon Investments, wrote in a note on Monday.

Others think the focus on Mueller is misplaced — for now at least.

Ben Phillips, chief investment officer at political-themed ETF firm EventShares, urged investors in a report on Monday to focus instead on policy like infrastructure spending, deregulation and talks on renegotiating NAFTA.

Unless Mueller “successfully links the Trump campaign to Russia,” Phillips said the “probe is all noise.”

The good news for the stock market is that GeoQuant predicts that the Mueller index will cool off in the coming months.

However, the Mueller Index will spike dramatically if Democrats take control of the House of Representatives in the midterm elections in November.

“The impeachment threat would go up significantly,” said Rosenberg.