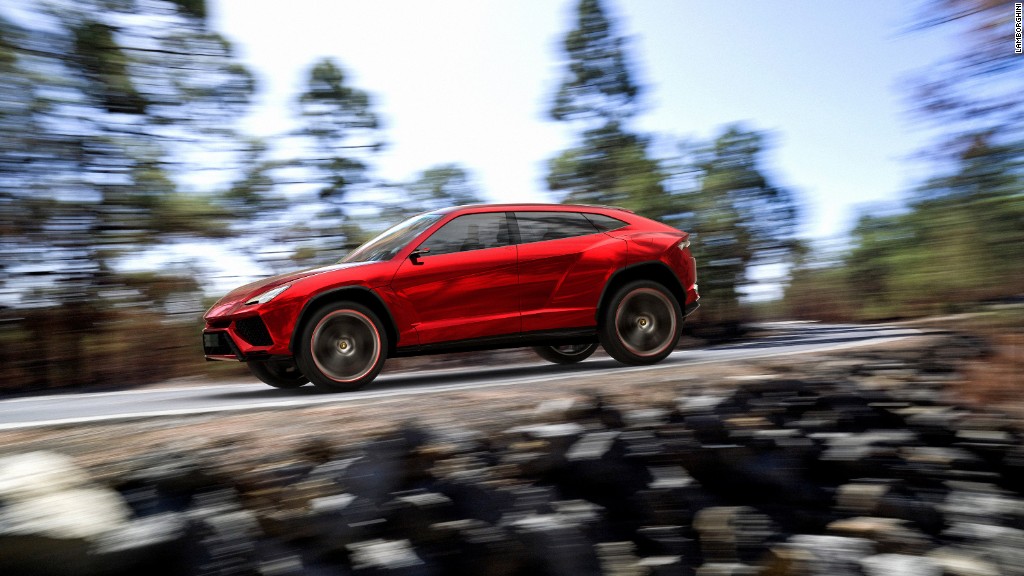 The Lamborghini Urus SUV, just unveiled in Italy, will be the world’s fastest SUV, the automaker said.

The Urus will have a 650 horsepower turbocharged V8 and an eight-speed transmission, allowing it to reach speeds of about 190 miles an hour.

Besides reaching incredible speeds, the $200,000 SUV is expected to transform the Italian brand long known for making ultra-expensive, high-performance sports cars. Lamborghini now expects to sell more of these new SUVs than it does of its other models combined, at least doubling the carmaker’s annual sales. That means 2019, the first full year after the Urus comes out, should be the first year that Lamborghini sells as many as 7,000 vehicles.

Technically speaking, this is Lamborghini’s second SUV. The first one, the LM002 which Lamborghini made in the 1980s and ’90s, was a curiosity of which only about 300 were made.

A similar route was taken by Lamborghini’s sister-brand, Porsche, when it introduced the Cayenne SUV in 2002. (Both Lamborghini and Porsche are part of the Volkswagen Group (VLKAF).) Originally seen as sacrilege by many of Porsche’s sports car fans, the hot-selling Cayenne provided cash flow that allowed Porsche to develop and refine its sports cars. In other words, it was a win all the way around.

But, true to the Porsche brand name, the Cayenne developed into one of the best-driving SUVs on the market. The Urus will likewise be a top-tier performance vehicle, said Motor Trend writer Jonny Lieberman.

A few months ago, Lieberman was allowed to drive a pre-production version of the Urus, built on the actual assembly line, as well as one of the early development versions.

Lieberman hit speeds up to 165 miles per hour on the track, and thanks to the strongest brakes ever attached to a production vehicle, swung the four-door SUV through turn after turn without feeling the least insecure about its capabilities, he said. Even these early versions were the best-performing SUV he’d ever sampled, he said.

“As far as I’m concerned, it’s the first super-SUV,” he said.

His remark was a play on the term “supercar,” used for very high-performance cars of the sort that Lamborghini usually makes.

The Urus can launch itself from a stop to 60 miles an hour in just under 3.6 seconds, according to Lamborghini. It’s equipped with four-wheel-steering, which involves the back wheels as well as the front, during cornering and lane changes. It will come standard with big 21-inch wheels. Even bigger wheels are available as options.

The Urus will have a total of seven different driving modes. Besides the usual Strada (Street), Sport and Corsa (Track) modes available on other Lamborghinis, the SUV will also have Neve (Snow), Terra (for rough terrain) and Sabbia (Sand). Drivers will also be able to choose Ego mode, which will allow them to select various engine, transmission and suspension settings.

The Urus is the latest once-unthinkable SUV from an ultra-luxury brand. Its top speed beats out the Bentley Bentayga’s for the fastest SUV. (Bentley, like Lamborghini, is a VW brand.) Maserati has had huge sales success with its Levante SUV and Rolls-Royce is developing its own SUV. Even Ferrari executives have reportedly said that legendary Italian automaker is considering producing something like an SUV.