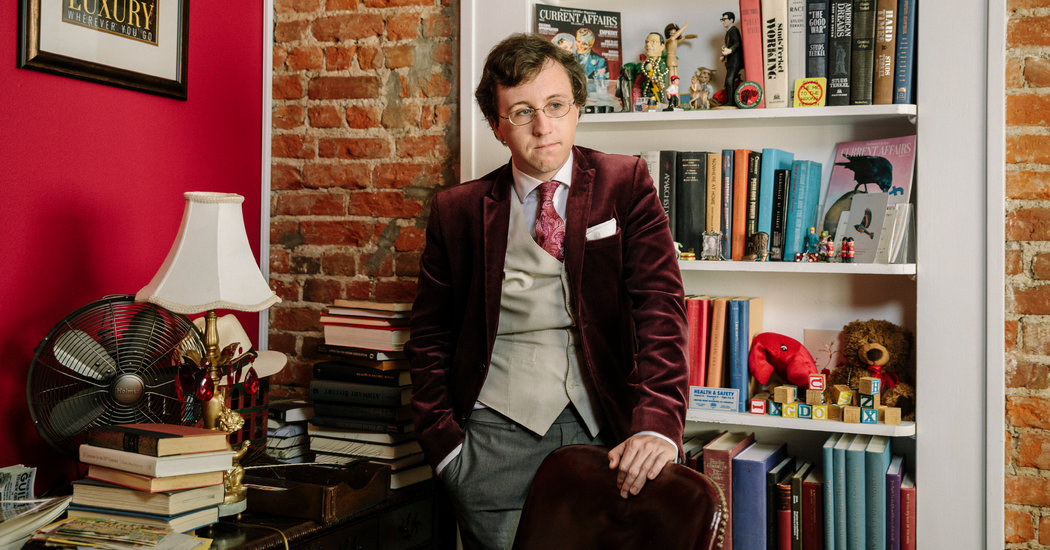 Kickstarter, the Brooklyn-based crowdfunding site, has long tried to stand apart from Silicon Valley, seeking to portray itself as a socially responsible enterprise that cares more about improving the world than putting money in wealthy shareholders’ pockets.

Then came the union drive.

Earlier this year, a group of Kickstarter employees publicly pressed to form a union, calling for a larger say in the company’s operations. They were spurred to action after controversy over a Kickstarter campaign for a satirical comic book filled with images of people punching Nazis.

Kickstarter pushed back against the union, and as the effort dragged on, two of the organizers were dismissed last month in what they say was retaliation.

Kickstarter maintains it is not anti-labor, and has repeatedly said the firings had nothing to do with the union drive. It said the two workers were let go because of performance issues unrelated to their union organizing.

But the firings provoked an outcry from political progressives that echoed across social media and stoked an emotional response from hundreds of the same creators who had been foundational to the site’s success, as well as high-profile supporters like the author Neil Gaiman, the cartoonist Matt Bors and the actor David Cross.

“People should partner with companies that align with their values,” said Nathan J. Robinson, editor of Current Affairs, a left-wing magazine that launched after a Kickstarter campaign in 2015. “When a company is union-busting, there is a very good reason not to give them a percentage of your money.”

Mr. Robinson has been an outspoken voice against Kickstarter. His magazine was in the middle of a second Kickstarter campaign when the controversy erupted, causing his pro-union donors to consider rescinding their contributions.

Ultimately, Current Affairs and other left-leaning publications issued a letter voicing support for the union that has since been signed by more than 400 other creators. Many of them said they once saw Kickstarter as a socially responsible lifeline aligned with their principles but now feel betrayed.

Still, they expressed concerns about how to navigate the dispute.

“I have felt extremely conflicted, and at times deeply hypocritical,” said Steve O’Gorman, 33, a game developer from England raising money for an independent video game about unionization.

“The money from the Kickstarter is make-or-break,” he added.

On Kickstarter, creators propose ideas for projects — from films to video games to coffee makers — and then seek donations from the public. There are target amounts and deadlines.

If creators hit their targets, then they receive the money, with Kickstarter taking 5 percent. If creators fall short, they get nothing. (And the donations are voided.)

Kickstarter said it has helped raise more than $4.5 billion for more than 170,000 projects since it was founded in 2009.

One of those projects was a comic book called “Always Punch Nazis,” a reference to an online debate and a meme prompted by an attack on the far-right activist Richard B. Spencer. After the conservative site Breitbart News claimed the project championed violence and violated Kickstarter’s terms of service, the company was roiled by an internal debate over whether or not the project should be taken down, current and former employees said.

The project stayed up, buoyed by the employee outcry. But the tumultuous experience encouraged several workers at Kickstarter to explore unionization as a way to have a stronger voice in future disputes, organizers said.

The unionization effort has generated buzz far beyond Kickstarter’s headquarters in Greenpoint, Brooklyn.

Labor organizers and tech industry observers are watching carefully: Will the workers be among the first white-collar employees at a major tech company to unionize?

Silicon Valley has been swept by a larger movement of employee activism of late, including at major tech companies like Google, Amazon and Wayfair. But by and large, white-collar workers at tech companies have stopped short of collective bargaining, even as the labor movement has courted them.

Kickstarter’s organizers and pro-union employees have asserted that the company has actively fought labor efforts, spurning its values along the way.

“Ultimately, Kickstarter was not able to break out of the normal status quo operations of any other tech company,” said Clarissa Redwine, one of the two employees fired in September.

Earlier this month, organizers officially requested that the company recognize their union — a move that Kickstarter has repeatedly said it would reject; the company is instead pushing to survey employees using a secret-ballot election conducted by the National Labor Relations Board.

“We have a responsibility to protect the rights of all of our staff members in this process,” the company said in a statement. “It’s their right to decide if there should be a union at Kickstarter, not ours.”

From the time the unionization effort became public in March, it was contentious within the company. Days after organizers announced their intent to unionize, three nonmanagerial employees sent an email to the entire staff voicing dissent. Organizers say that a majority of eligible employees now support unionization.

Kickstarter, with its nearly 160 employees, has long positioned itself as being more mission driven than start-ups like Twitter and Facebook. In 2015, it became a “public benefit corporation,” rejecting a payday-generating corporate strategy in favor of one meant to maximize public good.

In its charter, Kickstarter seemed to encode progressive values into the company’s DNA, promising to engage with larger social issues, including workplace inequality.

The Kickstarter organizers, who are working with the Office and Professional Employees International Union, said they want to ensure the company maintains that commitment.

“A lot of Silicon Valley places will tell you, ‘Oh, we’re changing the world,’” said Taylor Moore, the other organizer fired in September. “At Kickstarter, you can see the people’s lives you’re changing, the people who are helping change the culture.”

The organizers have called for greater transparency in decision making, diversity and pay equity. They have also demanded stronger protections for employees who disagree with management or who file complaints.

The company’s management said it did not believe a union was the best way to address problems at Kickstarter, a position the company’s chief executive, Aziz Hasan, reiterated in a letter sent to staff members and users last month.

“The union framework is inherently adversarial,” Mr. Hasan wrote. “That dynamic doesn’t reflect who we are as a company, how we interact, how we make decisions, or where we need to go.”

The petition started by Current Affairs has called on Kickstarter to recognize the union and to cease any retaliation or intimidation practices. In statements, Kickstarter has said it has never engaged in union-busting activities.

“We have not retaliated against anyone for their involvement in organizing, and in fact have worked hard over the last six months to foster an environment where the right to organize and the rules around that process are respected,” the company said in a statement.

So far, neither the union nor those who signed the petition have called for a boycott of Kickstarter. While such a move would likely hurt the company’s bottom line, it would also affect the ability of some users to fund projects and make a living.

Still, the creators who signed the statement said they would support a boycott if one was called. Many said that it was their financial reliance on the platform that encouraged the creators’ solidarity with employees.

“So much of our operations and business is reliant on Kickstarter,” said C.J. Joughin, an independent comics artist from Reno, Nev. “We view the employees at Kickstarter as kind of our co-workers. They’re the ones that allow us to be able to have our business.”