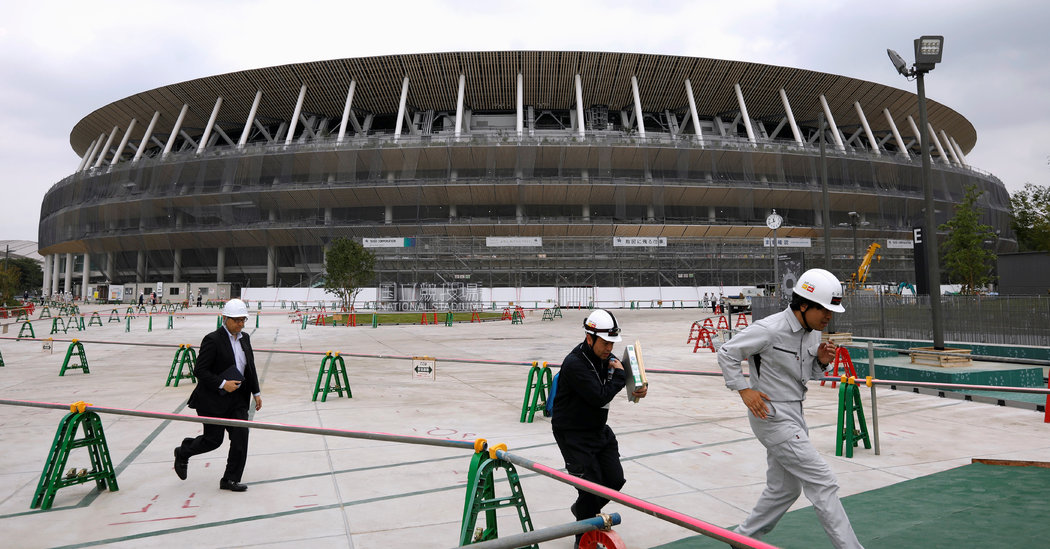 TOKYO — Japan will spend nearly $120 billion to stimulate its slowing economy and to help some of the areas worst affected by Typhoon Hagibis, Prime Minister Shinzo Abe announced on Thursday.

The new spending plan is aimed at addressing a slew of economic challenges facing Japan’s longtime leader, who has built his reputation on the country’s stronger growth after years of stagnation.

But the stimulus package, if passed, would continue Japan’s cycle of borrowing and spending to stoke growth and pay for the country’s expanding social welfare costs to support a rapidly aging population. The country already has the biggest debt load in the developed world relative to the size of its economy.

Mr. Abe’s administration has pledged to reverse the borrowing trend. Just two months ago the government raised the country’s consumption tax to help shore up the country’s finances, only to see retail sales slump.

In announcing the much-anticipated package of more than 13 trillion yen, Mr. Abe told a meeting of his governing Liberal Democratic Party that the economic measures were meant to “overcome downside risks” and help the country “maintain or enhance economic viability” after the 2020 Olympics, which Tokyo will host next summer.

Japan has recently struggled as a weakening global economy and trade rifts have taken the air out of the country’s recovery.

A slowdown in demand from China, a major consumer of Japanese-made assembly line equipment, has already curtailed Japan’s growth, which fell below economists’ expectations in the third quarter. The country has also recently felt the effects of a political spat with South Korea that has led Koreans to boycott purchases of products like Japanese beer and severely curtail tourism to Japan.

The typhoon in October, the worst to hit the country in 50 years, also exposed the need for new infrastructure to help protect the country against increasingly menacing storms and flooding in the era of climate change.

More broadly, Japan faces difficult long-term economic challenges. Its population is aging, and its female labor force continues to suffer from deep underemployment. Some economists have argued that Japan needs more substantial structural changes to lift its economy over the longer term.

The government expects the stimulus package to lift private-sector spending by up to an additional 13 trillion yen.

The public portion of the stimulus package will be financed by government bonds and the country’s general account.

Some economists said the package was smaller than expected.

“Even though the total amount seems to be big, the actual amount that the central government is injecting is not so big,” said Takuya Hoshino, deputy chief economist at Daiichi Life Research Institute. “This will not be much of a power boost to the economy as the budget is not increased from the previous year.”

According to NHK, the public broadcaster, the package includes spending to reinforce riverbanks and create improved hazard maps to prepare for natural disasters, along with support for exports of agricultural and marine products.

The government also plans to hire workers who were never able to get a foothold in the full-time labor force during Japan’s “lost decade” of the 1990s. And it will provide subsidies to aging drivers to install safety equipment such as automatic brakes in their cars to help make them safer to drive.

“It makes sense in almost every regard,” said John Vail, chief global strategist at Nikko Asset Management in Tokyo. “The amount is large but not too large. I don’t think anyone is going to think this is profligate spending.”

He added: “Improving the aging infrastructure and preventing loss of life from typhoon damage is money well spent.”

The stimulus announced Thursday in Japan, the world’s third-largest economy, is one of its largest allocations of public funds to jump-start its economy. The spending will push up Japan’s debt level, which is currently more than two and a half times the nation’s total annual economic output and the largest among 188 countries.

In October, the government increased a consumption tax on a wide variety of goods and services to 10 percent from 8 percent in part to help pay down that enormous debt as well as to pay ballooning welfare costs that support Japan’s rapidly aging population.

By issuing government bonds, Japan could be derailing its plan to bring down its debt at a time when the economy was still growing, albeit slowly, said Jun Saito, a senior research fellow at the Japan Center for Economic Research.

“The economy is not that bad at this point,” Mr. Saito. “There are risks of course but I am not sure if fiscal spending is appropriate at this time.”