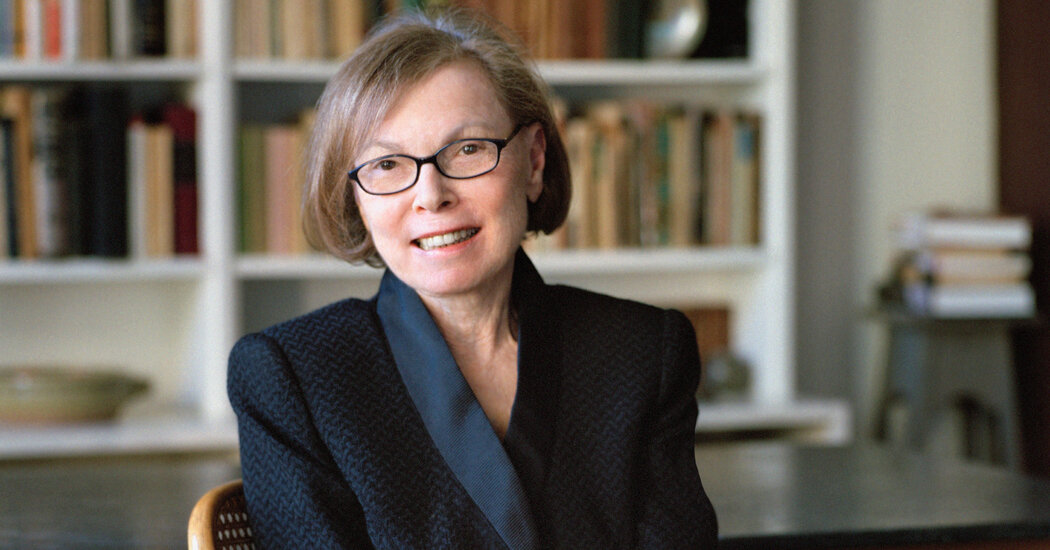 Janet Malcolm, a longtime writer for The New Yorker who was known for her piercing judgments, her novel-like nonfiction and a provocative moral certainty that cast a cold eye on journalism and its practitioners, died on Wednesday in a hospital in Manhattan. She was 86.

The cause was lung cancer, said her daughter, Anne Malcolm.

Over a 55-year career, Ms. Malcolm produced an avalanche of deeply reported, exquisitely crafted articles, essays and books, most devoted to her special interests in literature, biography, photography, psychoanalysis and true crime. Her writing was precise and analytical; her unflinching gaze missed nothing.

“Don’t ever eat in front of Janet Malcolm; or show her your apartment; or cut tomatoes while she watches,” the critic Robert S. Boynton warned in 1992. “In fact, it probably isn’t a good idea even to grant her an interview, as your every unflattering gesture and nervous tic will be recorded eventually with devastating precision.”

She herself was a cautious interviewee. When The New York Times Book Review in 2019 asked Ms. Malcolm, a voracious reader, what was on her night stand, she replied: “My actual night stand is a small wood table with a box of Kleenex, a two-year-old Garnet Hill catalog and a cough drop on it.”

Whatever Ms. Malcolm was writing about, her real subject was often the writing process itself — the slipperiness of truth, the perils of the writer-subject relationship, the ethical choices that writers are constantly called to make. One of the through lines in her work was a merciless view of journalism, never mind that she was one of its most prominent practitioners.

“Human frailty continues to be the currency in which it trades,” she wrote in “Iphigenia in Forest Hills: Anatomy of a Murder Trial” (2011). “Malice remains its animating impulse.”

Her most famous work was “The Journalist and the Murderer,” published as a two-part essay in The New Yorker in 1989 and as a book the next year. A forensic examination of the relationship between Joe McGinniss, a best-selling author, and Jeffrey MacDonald, a doctor who was convicted of murdering his family, it castigated Mr. McGinniss for pretending to believe in Dr. MacDonald’s innocence long after he was convinced of his guilt. Ms. Malcolm focused less on the murder — a story told many times over in articles, books, TV movies and podcasts — than on a lawsuit that Dr. MacDonald had brought against Mr. McGinniss, saying that he had deceived him.

Her essay began with one of the most arresting first sentences in literary nonfiction: “Every journalist who is not too stupid or too full of himself to notice what is going on knows that what he does is morally indefensible.”

Her pronouncement enraged the journalistic firmament. Many writers insisted that this was not how they treated their subjects and accused Ms. Malcolm of tarring everyone with the same broad brush.

But what galled some journalists about the piece the most, The Times reported in 1989, “was her failure, and that of her magazine, to disclose that Miss Malcolm had been accused of the same kind of behavior, in a lawsuit filed against her by the subject of an earlier New Yorker article.”

That earlier article, a 1983 profile of the flamboyant psychoanalyst Jeffrey Masson, led to a libel suit against Ms. Malcolm that hung over her during a decade of litigation and clouded her reputation even longer.

The legal allegations were different: The MacDonald suit accused Mr. McGinniss of fraud and breach of contract; the Masson suit accused Ms. Malcolm of libel. But both suits raised serious questions about journalistic ethics — Dr. MacDonald’s about the nature of writers’ obligations to their sources, and Mr. Masson’s about what constitutes quotations and what license, if any, reporters may take with them.

The MacDonald suit ended in a hung jury. (Dr. MacDonald is still serving three life sentences.) In the Masson suit, the jury ruled that while two of five disputed quotations that Ms. Malcolm had attributed to Mr. Masson were false and that one of those was defamatory, neither was written with reckless disregard of the truth, the standard that would have allowed for libel damages.

In her afterword of the book version of “The Journalist and the Murderer,” Ms. Malcolm dismissed the notion that her criticism of Mr. McGinniss had been a “covert confession” of her treatment of Mr. Masson. And she lamented that because of inaccurate reporting, in The Times and elsewhere, about the Masson suit, she would “always be tainted — a kind of fallen woman of journalism.”

But with the passage of time, and the explosion of a far more complex and treacherous media landscape, her broadsides against her profession seem almost quaint.

In fact, “The Journalist and the Murderer” has become something of a classic and was ranked No. 97 on the Modern Library’s list of the 100 best nonfiction books of the 20th century. “It is now taught to nearly every undergraduate studying journalism,” Katie Roiphe wrote in a 2011 profile of Ms. Malcolm in The Paris Review.

Many contemporary writers, reviewing her subsequent work, ignore the lengthy legal and ethical entanglements of the McGinniss and Masson cases and have nothing but praise for Ms. Malcolm’s literary skill.

In a 2019 review in The Times of Ms. Malcolm’s book “Nobody’s Looking at You,” Wyatt Mason referred to the habit of some New Journalists to insert themselves in their stories and noted: “Taking no particular issue with the work of her colleagues, I wish nonetheless to say that Malcolm, line to line, is a more revealing writer, one whose presence in her pieces isn’t meant to advertise the self so much as complicate the subject. And also, line to line, she is a better writer.”

A full obituary will appear soon.