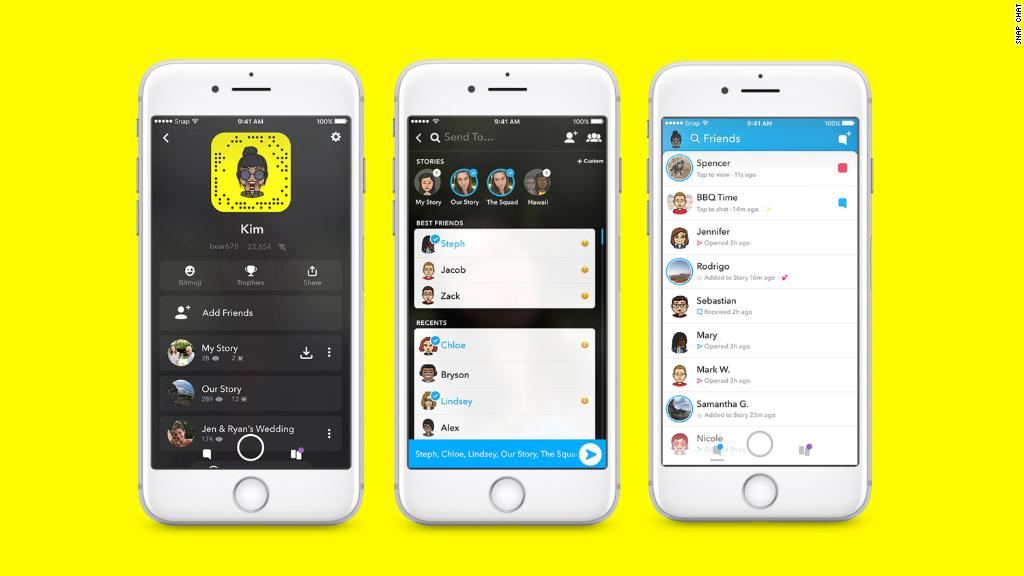 Stop me if you’ve heard this before. Snapchat is going to be destroyed by Mark Zuckerberg.

Every time Snapchat does something cool, Facebook (FB, Tech30) and Instagram just copy it, get more users from the me-too product and attract more money from advertisers as well.

Competition from the world’s biggest social network is a big reason why Snapchat parent Snap Inc. (SNAP) has been such a dud of a stock since it went public in March. It’s still trading for less than its IPO price of $17 and is 50% below its peak price of nearly $30.

But one Wall Street analyst thinks that may be about to change. Ross Sandler of Barclays upgraded his outlook on Snap stock Tuesday and boosted his price target from $11 a share to $18. The stock surged nearly 10% on the news.

Why is Sandler suddenly more bullish on Snapchat’s prospects when so many people still think that the company is destined to remain an also-ran in social media?

For one, Sandler wrote in his upgrade report that he thinks the notion of social media being a winner take all is overly simplistic.

Yes, Facebook — with nearly 1.4 billion daily active users — is much bigger than Snapchat, which finished the third quarter with 178 million daily users.

Facebook’s Instagram and WhatsApp services have more users than Snapchat too. And Facebook’s new Messenger service for kids could be another product that steals users from Snapchat.

But Sandler argued that much in the same way there is room for both Priceline (PCLN, Tech30) and Expedia (EXPE) to be leaders in online travel, there is a way for Facebook and Snapchat to each benefit from growth in social media.

Sandler thinks that the narrative on Snapchat stock will shift from “FB is killing SNAP” to “these companies can co-exist.”

Other potential reasons why Snapchat could bounce back? Sandler notes that the investment from Chinese tech giant Tencent (TCEHY), the owner of WeChat, is a big endorsement and added he wouldn’t be surprised if Tencent eventually bought more Snap shares.

Sandler also thinks the upcoming redesign of the Snapchat app will start to boost engagement and user growth among people running Snapchat on Android phones.

And perhaps most importantly, he said he thinks the company’s new Promoted Stories will boost ad sales — particularly since Snapchat is still able to reach the younger base of consumers that big brand name companies covet.

“At the end of the day the reason marketers should continue to come back to SNAP advertising is because of the stranglehold on the younger demographic, which even Facebook/IG can’t match,” Sandler wrote.

Of course, this is a risky call by Sandler. He conceded as much in his report, saying that he could be wrong to be bullish and the stock is certainly not for the faint of heart.

Snapchat continues to lose money. Slowing user growth is a concern and a trend that has to be reversed. And it’s not as if Facebook is Snapchat’s only rival. There’s Twitter (TWTR, Tech30) and the even more formidable foe that is Google (GOOGL, Tech30), which also owns YouTube.

Sandler is making a bold call to suggest that the worst is over. He’s not alone though. In fact, one analyst — Brian White of Drexel Hamilton — has a $28 price target on Snap.

But Wall Street is still not sold on Snap. The consensus price target on the stock is just a little more than $13 a share. That’s more than 10% below the current price.

In other words, more analysts still have bear-faced filters than bull-faced ones when it comes to Snap stock.