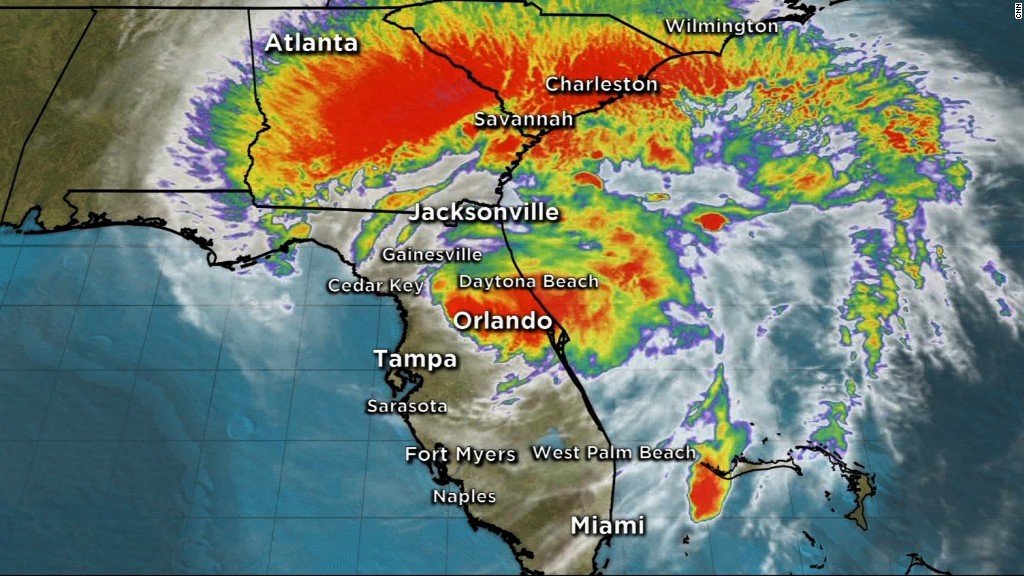 Hurricanes Irma and Harvey combined are expected to cause as much damage as Hurricane Katrina, according to a new estimate.

Moody’s Analytics said Monday that it projects the U.S. economic cost of Hurricane Irma, which hit Florida on Sunday as a Category 4 storm, will be $64 billion to $92 billion. That’s on top of $108 billion in estimated damages from Harvey, which made landfall in Texas at the end of August.

In all, Irma and Harvey will probably cause between $150 billion and $200 billion in damage, said Mark Zandi, the firm’s chief economist.

Hurricane Katrina, which battered the Gulf Coast in 2005, caused $160 billion in damage in today’s dollars, according to the National Oceanic and Atmospheric Administration. It is the costliest natural disaster in U.S. history.

Irma was downgraded Monday to a tropical storm as it moved north through Georgia and the Carolinas.

AIR Worldwide, a catastrophe analysis firm, said Monday that it predicts insured losses from Hurricane Irma will range from $20 billion to $40 billion.

In the short term, the two hurricanes are likely to hurt the economies of Florida and Texas. Joblessness has already inched up in Texas. How hard they are hit will depend in part on when oil production and refining get back to normal in Texas, and when tourism resumes in Florida, Zandi said.

In Texas, energy refineries are still operating at diminished capacity. About 13% of the nation’s ability to turn oil into gasoline remains offline, according to S&P Global Platts, an energy research firm.

But Zandi said he expects that the economic boost from rebuilding will get everything back on track by the end of the year. Other economists agree.

“The longer-term economic impact of the storms should be nil,” Zandi said.