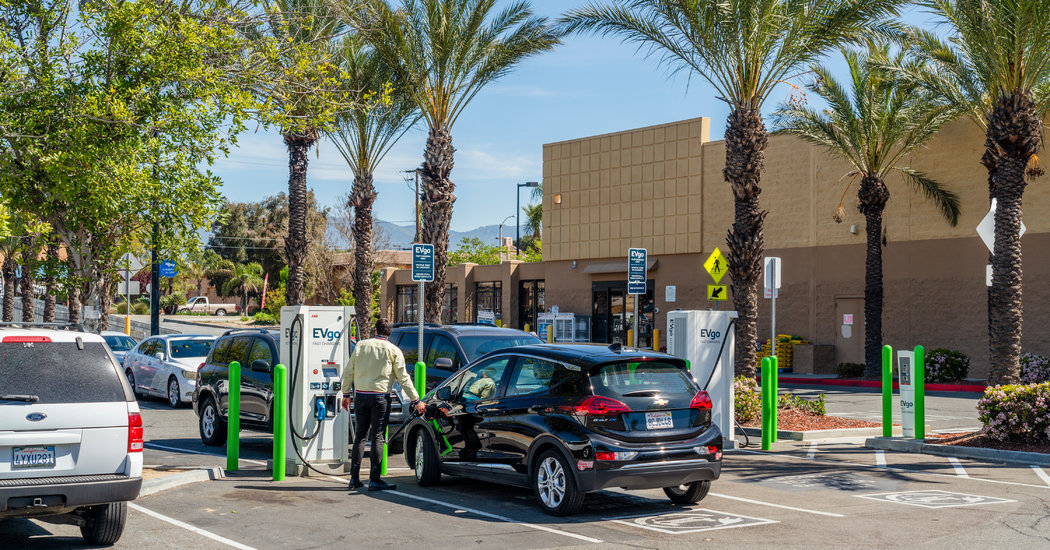 General Motors, with ambitious plans to produce millions of electric cars, has secured an important partner in that effort.

In a securities filing on Thursday in South Korea, LG Chem announced that a subsidiary would invest $916 million over the next four years “to finance the future establishment of a joint venture” in automotive battery making with G.M.

LG Chem is a major supplier of lithium-ion batteries in the auto industry and other sectors, with clients including Volvo.

G.M. is making a major push into electric vehicles, including 20 battery-powered models by 2023. It aims sell one million such vehicles globally by 2026.

The LG announcement was short on details, and there was no immediate comment from G.M.

But the automaker has repeatedly announced its intent to set up a battery-making plant with a partner that would bring back jobs to the once-mighty manufacturing region around Lordstown, Ohio, where the automaker abandoned production in March.

The shutdown of G.M.’s Lordstown plant, which most recently made the Chevrolet Cruze, was traumatic to Ohio’s Mahoning Valley, between Cleveland and Pittsburgh.

While many Lordstown workers accepted jobs at other G.M. plants, the factory’s fate hovered over rancorous contract talks with the United Automobile Workers union. The contract impasse resulted in a 40-day nationwide walkout in the fall, the longest against G.M. in almost half a century.

The settlement allowed the company to close the plant permanently, but G.M. made commitments to investments in other factories. It said a battery plant near Lordstown would create about 1,000 jobs, far fewer than the 3,000 that the G.M. assembly plant once employed.

Earlier accounts said the pay at the battery plant was likely to be about $17 an hour, well below the $31 that many assembly workers made in Lordstown.

After the Lordstown plant was idled, G.M. reached an agreement to sell it to a start-up, Workhorse Group, which plans to produce electric pickup trucks. Workhorse says it expects to hire about 400 workers next year at wages comparable to what U.A.W. members make at major auto companies.