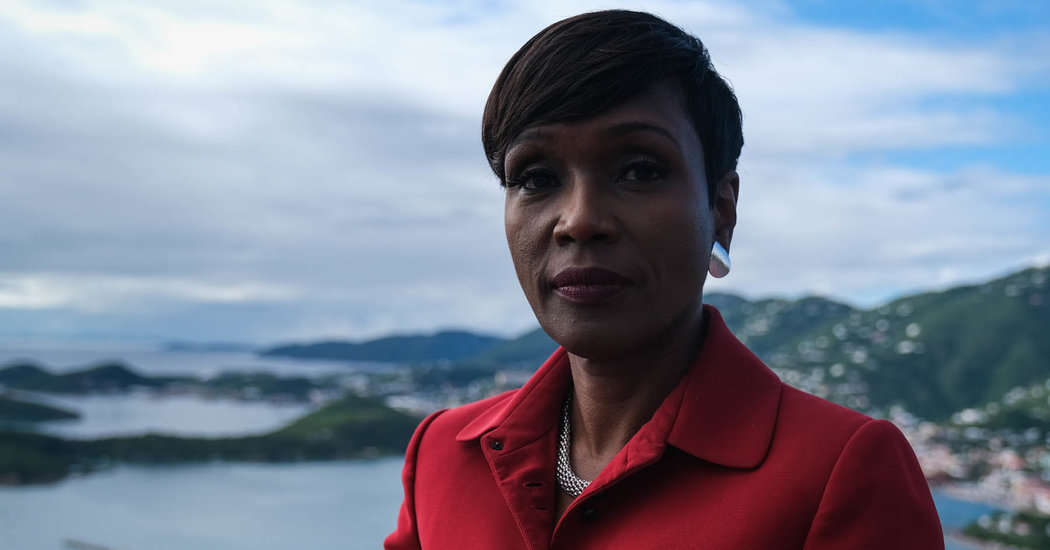 A plan by the estate of Jeffrey Epstein to establish a compensation fund for dozens of women who say they were sexually abused by the financier as teenagers is on the verge of becoming a reality.

After months of sometimes contentious legal wrangling, the attorney general for the Virgin Islands, Denise George, said Friday that her office had reached a tentative agreement with the estate that included what she considered sufficient safeguards for the victims.

Ms. George had objected to some of the proposals by the estate — valued at more than $600 million — for establishing a restitution program. Just a few weeks ago, she told a probate judge in the Virgin Islands that she and representatives for the estate had reached an impasse.

One of the stumbling blocks had been a demand by Mr. Epstein’s estate that victims who receive money from the fund agree to a broad liability release. Ms. George, in a statement, said the estate had agreed not to use any information provided by victims to defend itself against any other claims or lawsuits that may be filed against it.

A probate judge must still approve the agreement over the fund. Ms. George said the settlement would not affect a lawsuit she filed earlier this year against the estate, which contends that Mr. Epstein misled government officials in the Virgin Islands for two decades and used his island hideaway to engage in sex trafficking. The suit seeks monetary damages.

Mr. Epstein was arrested last July by federal prosecutors on sex trafficking charges and died a month later in federal custody in Manhattan. His death was ruled a suicide.

More than three dozen women have filed lawsuits in federal and state courts seeking damages from Mr. Epstein’s estate. But lawyers for many of those women have said in court filings that their clients would consider participating in a compensation fund if it were done fairly and protected their privacy.

The estate has tapped a team of experts to work on the fund: Kenneth R. Feinberg and Jordana Feldman, who worked on the September 11th Victim Compensation Fund, and Camille S. Biros, who helped design the compensation programs for victims of the Catholic Church sexual abuse scandal.

“We are pleased that the parties have reached a resolution that allows victims the opportunity to resolve their sexual abuse claims through this independent, voluntary, non-adversarial process,” the proposed fund administrators and designers said in a statement.

The executors for the estate, Darren Indyke and Richard Kahn, both of whom were longtime advisers to Mr. Epstein, announced plans for the fund in November.