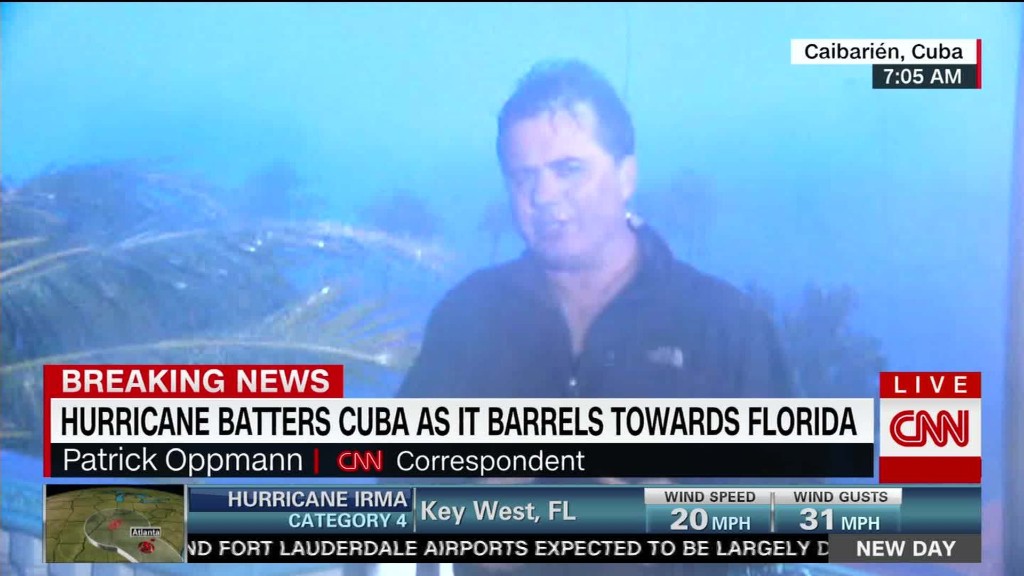 Florida is bracing for a possibly catastrophic hit from Hurricane Irma, and even with the fourth largest economy in the United States, the economic impact to the Sunshine State could be severe.

As scores of people fled the storm, gas stations were depleted of fuel and major stores announced shortages of water and other supplies. The state’s tourism industry, which draws billions of dollars and millions of visitors each year, could take a major hit if infrastructure and airports are badly damaged.

Here’s all the ways Hurricane Irma could impact Florida’s businesses and economy.

Irma has already destroyed or badly damaged airports, runways and other infrastructure in the Caribbean Islands, halting commercial air travel. Next, it’s headed for several key airports in Florida.

Miami, Orlando and Fort Lauderdale are home to the 12th, 13th, 21st largest airports in the U.S., handling more than 115 million passengers in 2016. A direct hit from Irma could be a blow to one of the busiest corridors in the world for business and leisure travel

All of southern and central Florida’s airports are expected to shutter operations by midday Saturday as the area braces for Irma, which is expected to make landfall on Sunday.

It’s not clear how long the airports will remain shuttered. American Airlines (AAL) said it’ll all depend on how well the airports hold up in the storm and how long it’ll take crewmembers to get back to work.

It’s already been a rough year for the famed Florida oranges. The state’s fruit industry has been hit by “citrus greening,” a plant disease that has wiped out crops and cut production by about two-thirds in recent years.

Irma could make things even worse. The damaging winds Irma is expected to bring could rip the fruit off of trees, ruining the crops, just as the harvest season is about to begin.

Orange juice prices have already been creeping higher as Florida braces for the storm.

Other crops may be spared Irma’s wrath, but it’ll depend on the storm’s course, which is still uncertain.

Florida Power & Light, the state’s largest electric utility company, is warning that as many as 9 million residents could be affected by power outages at some point during the storm. About 20,000 homes in southeast Florida have already lost power because of heavy winds and rain, according to Governor Rick Scott. Some people in South Florida could be without electricity for weeks.

“With a storm of this magnitude, there will be widespread destruction throughout our service territory, and most of it will be in the most densely populated areas of South Florida,” the utility’s CEO, Eric Silagy, said in a statement. “This likely will be one of the most challenging restorations that our country has ever seen.”

Combined, the plants produce enough electricity to power nearly 2 million homes for one year. It’s not yet clear when they’ll be able to come back online.

As mandatory evacuations were issued, fuel shortages have been rampant across Florida gas stations as residents rushed to top off before heading north. Nearly 40% of Miami’s gas stations, for example, were completely out of stock Friday.

The shortages have been made worse by the fact that a significant chunk of U.S. refinery capacity was knocked offline when Hurricane Harvey struck the Gulf Coast two weeks ago.

The nationwide average gas price has spiked more than 32 cents since then, to $2.67, and it’s even worse in Florida, where the average price is up to $2.73.

Florida’s endless miles of sandy beaches are also its goldmine. Tourists are drawn to its shores and theme parks, most notably Disney World and Universal Studios. And visitors pump billions of dollars into the state’s economy every year.

And for the southern string of islands known as the Florida Keys, which are expected to take a direct hit from Irma, tourism is the single largest industry. It accounts for $2.7 billion of business a year, 60% of spending and 54% of jobs in the region.

It’s not peak season for visiting the Keys, but authorities and business leaders are worried about the damage Irma could inflict to the hotels and other buildings in the area. If Irma leaves significant damage it, it could be a major problem for the local economy.

Florida’s economy has been chugging along lately, showing promising signs of recovery after the 2008 market crash wreaked havoc on the state. Unemployment rates are down, growth is up and new homes were being built across the state.

But Irma could change all that.

The storm could have an immediate impact on the job market. After Hurricane Harvey hit Texas two weeks ago, jobless claims surged to the highest level in more than tow years. Irma has the potential to be even worse.

Florida’s economic recovery has been fueled by people moving to the state in droves. But, if Irma causes significant damage, it could trigger a slowdown in migration and stall further growth.