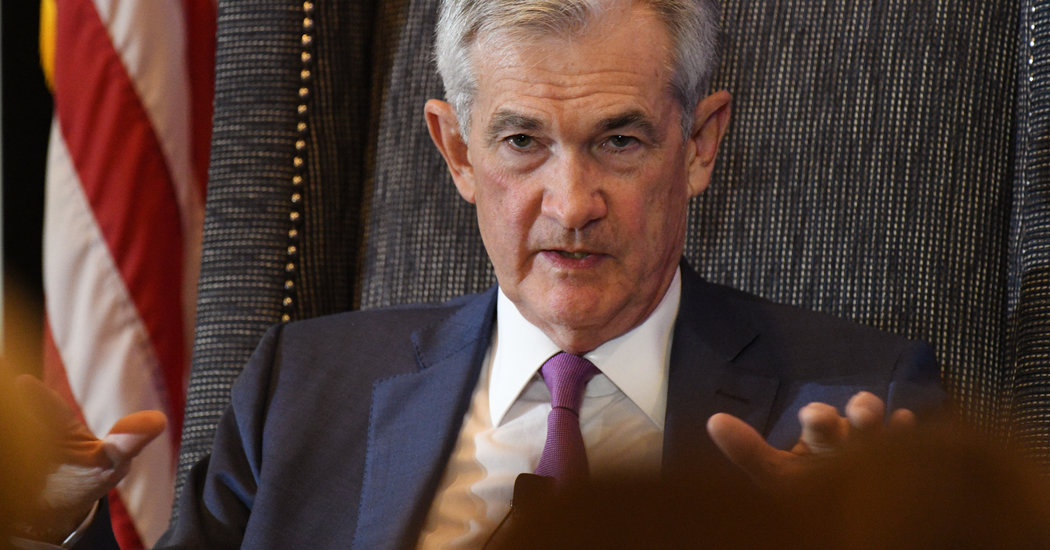 WASHINGTON — Several Federal Reserve policymakers, at their most recent meeting, voiced concern that weaker business activity and investment could lead to slower hiring and consumer spending, according to minutes of the meeting published on Wednesday.

The Fed cut interest rates for a second time this year at that meeting, after a reduction in July that was its first since the Great Recession. The moves are meant to insulate the economy from major fallout as trade tensions stoke uncertainty and a global slowdown bleeds into American factories.

Policymakers at the September meeting expected the economy to continue growing steadily with the help of their rate cuts, the minutes showed. But they were increasingly worried about risks to that outlook from President Trump’s trade war, the threat of a chaotic British exit from the European Union, and protests in Hong Kong.

“Participants generally had become more concerned about risks associated with trade tensions and adverse developments in the geopolitical and global economic spheres,” according to the minutes. “Several participants mentioned that uncertainties in the business outlook and sustained weak investment could eventually lead to slower hiring, which, in turn, could damp the growth of income and consumption.”

This is a developing story and will be updated.