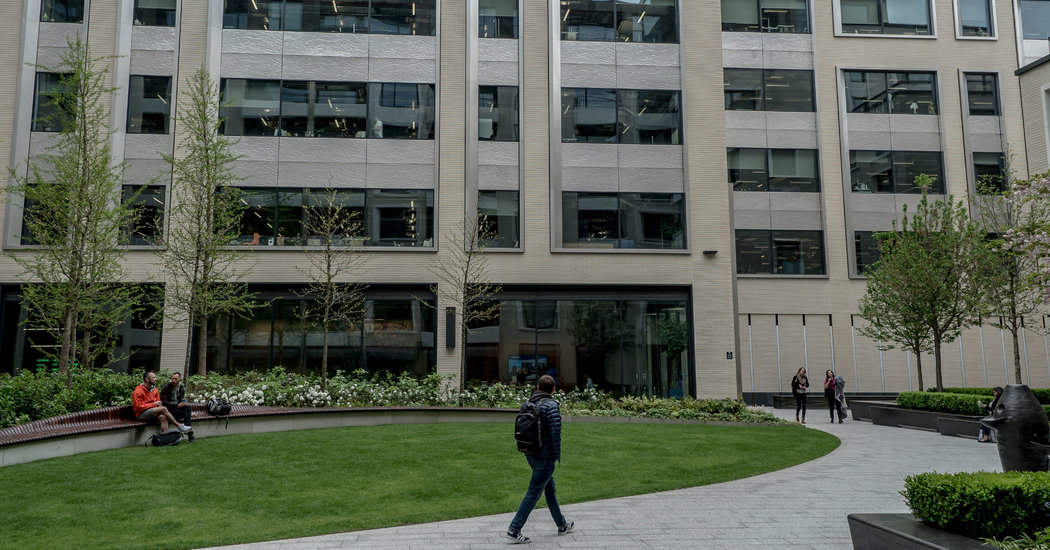 LONDON — Facebook was hit with the maximum possible fine in Britain for allowing the political consulting firm Cambridge Analytica to harvest the information of millions of people without their consent, in what amounts to the social network’s first financial penalty since the data leak was revealed.

The fine of 500,000 pounds, or about $660,000, represents a tiny sum for Facebook, which brings in billions of dollars in revenue every year. But it is the largest fine that can be levied by the British Information Commissioner’s Office, an independent government agency that enforces the country’s data-protection laws.

The agency has been investigating the potential misuse of personal data by political campaigns since May 2017. The examination took on new urgency after The New York Times and other organizations reported in March that Cambridge Analytica, which was based in London, had improperly gathered the data of up to 87 million Facebook users. Cambridge Analytica, which had ties to President Trump’s campaign, used the information to build psychographic profiles of American voters.

In an initial report of its investigation on Tuesday, the Information Commissioner’s Office said it had concluded that “Facebook contravened the law by failing to safeguard people’s information. It also found that the company failed to be transparent about how people’s data was harvested by others.”

The fine is the first punitive action against Facebook since the reports about Cambridge Analytica surfaced. Since the revelations, Facebook has grappled with regulatory scrutiny on both sides of the Atlantic. Its chief executive, Mark Zuckerberg, has appeared before Congress to answer questions about his company earlier this year and also met with European lawmakers.

In the United States, Facebook faces multiple inquiries by federal agencies. The Justice Department and the F.B.I. each recently broadened their inquiries into Cambridge Analytica by also focusing on Facebook. In addition, the Securities and Exchange Commission has started an investigation into Facebook’s statements on the matter, and the Federal Trade Commission is looking into whether the company violated a privacy agreement with the agency.

Facebook will have a chance to respond to the Information Commissioner Office’s initial report. A full version of the report, thought to be coming on Wednesday, is expected to detail the ways in which data gleaned from social media companies is increasingly being used to target voters by political campaigns.

Facebook did not answer a request for comment, and sent a written statement. In it, Facebook’s chief privacy officer, Erin Egan, said the Silicon Valley company was working with the British agency on its investigation and was reviewing the report.

“As we have said before, we should have done more to investigate claims about Cambridge Analytica and take action in 2015,” Ms. Egan said in the statement.

The report from the Information Commissioner’s Office was the result of the closely fought campaign in Britain to leave the European Union. The report faulted both sides of the Brexit campaign for misusing online data to reach highly-categorized segments of voters, and called for stricter policies to ensure the internet is not misused in future elections.

With its findings, British authorities also took aim at Cambridge Analytica and its British affiliate, the SCL Group. The Information Commissioner’s Office said it was pursuing a criminal prosecution of SCL Elections Ltd., the company from which Cambridge Analytica was spun out, for not properly dealing with the agency’s enforcement actions. Another company linked to Cambridge Analytica, Aggregate IQ, also faces punishment for its involvement.

The Information Commissioner’s Office said the investigation was ongoing and the agency said it was waiting for responses from Facebook. The agency said it also sent out “warning letters” to 11 political parties, compelling them to agree to audits of their own data practices.

The chairman of a British parliamentary committee that is also investigating Facebook praised the findings of the data commissioner.

“Facebook users will be rightly concerned that the company left their data far too vulnerable to being collected without their consent by developers working on behalf of companies like Cambridge Analytica,” said Damian Collins, the chairman of the panel conducting the investigation in the House of Commons. “The number of Facebook users affected by this kind of data scraping may be far greater than has currently been acknowledged.”