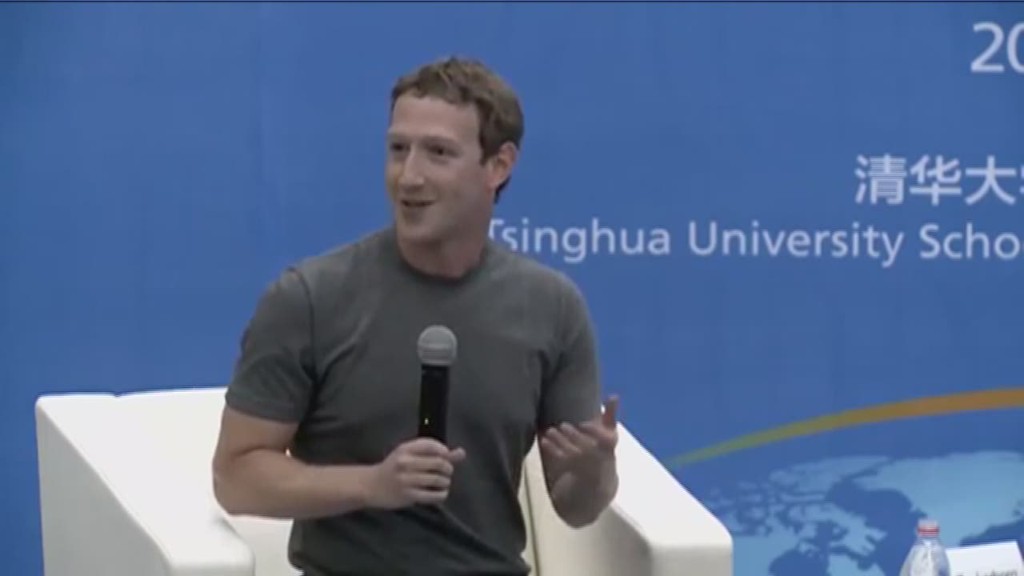 Facebook has been banned from China for years, but a new app that has shown up in the country might be its way into the market.

It’s dubbed the Colorful Balloons app, and, according to the Chinese app store’s description, it works similarly to Facebook’s (FB, Tech30) Moments app.

“Colorful Balloons can group users’ phone pictures and videos based on time, locations and characters. It can help you create albums and share them with friends and family,” the description reads.

The story was first reported by The New York Times and person familiar with the matter confirmed to CNNMoney that it is a Facebook app. But the Facebook name is nowhere to be seen.

Instead, a company called “Youge LLC” is credited as the creator. And Colorful Balloon is the only app listed under the developer.

Related: Facebook’s new video service is called ‘Watch.’ But will you?

The app has a few distinct features that cater to the Chinese market. And in order to sign up, users must register with a Chinese cell number.

Facebook and other major tech firms have been shunned from China for many years thanks to the country’s strict censorship laws, often referred to as the Great Firewall.

Related: Facebook could pay heavy price if it censors news to please China

In their place, Chinese developers have created similar platforms. Sina Weibo, for example, takes the place of Twitter as the country’s primary microblogging site.

But that hasn’t stopped American tech giants from eying a piece of China’s massive market.

“We have long said that we are interested in China, and are spending time understanding and learning more about the country in different ways. Our focus right now is on helping Chinese businesses and developers expand to new markets outside China by using our ad platform,” Facebook said in a statement Saturday.