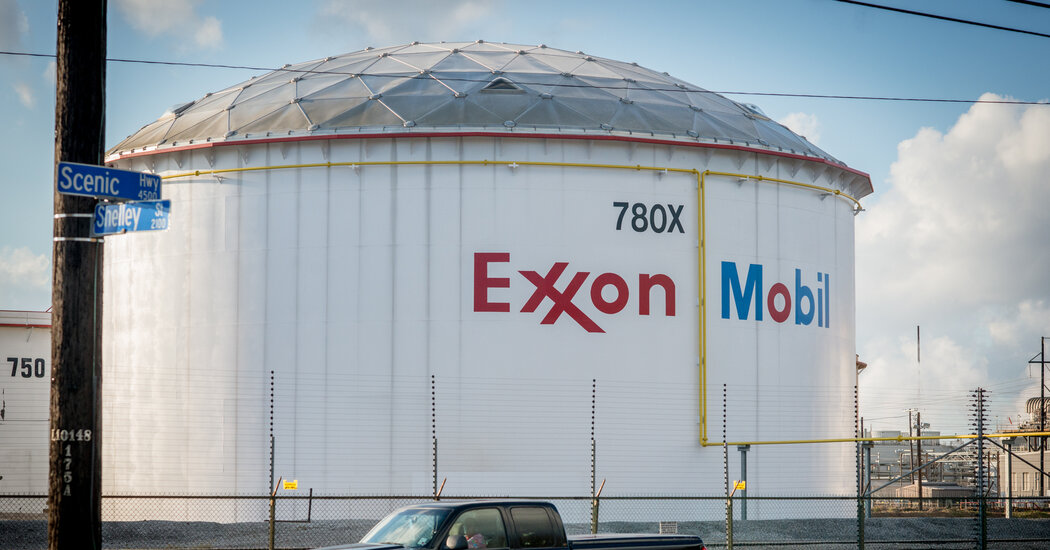 Exxon Mobil announced on Monday that it would significantly cut spending on exploration and production over the next four years and would write off up to $20 billion of investments in natural gas.

The company struggled to adapt as oil and gas prices tumbled this spring when the coronavirus pandemic took hold. While oil prices have recovered somewhat in recent months, they remain much lower than they were at the start of the year.

The company said it was removing gas projects from its plans in Appalachia, the Rocky Mountains, Oklahoma, Texas, Louisiana, Arkansas, Canada and Argentina.

Darren Woods, Exxon Mobil’s chief executive, said in a statement that the moves were designed to “improve earnings power and cash generation, and rebuild balance sheet capacity to manage future commodity price cycles while working to maintain a reliable dividend.”

Exxon’s board of directors accepted a proposal by management to slash capital expenditures to between $16 billion and $19 billion next year, down from $23 billion in 2020. This year’s capital expenditures had already been reduced from a planned budget of $33 billion, as the company slowed projects in Africa and the Permian Basin in New Mexico and West Texas.

The company said capital spending would be limited to between $20 billion and $25 billion annually through 2025.

In 2010, Exxon Mobil acquired XTO Energy and its natural gas assets for more than $30 billion, just as gas prices were peaking. Over the next decade, the shale boom flooded the market with cheap gas.

Exxon Mobil had previously resisted writing down assets by large amounts. Several of the largest oil companies have recently written down assets, including Royal Dutch Shell by up to $22 billion, BP by more than $17 billion and Chevron by $10 billion.

But Exxon has fared worse than other major oil companies during the pandemic. It was removed from the Dow Jones industrial average in August and has suffered three consecutive quarterly losses. It recently said it would cut 14,000 jobs, or 15 percent of its global work force.

Exxon’s stock, which is down more than 40 percent over the past year, is back to where it was in 2003. Company executives continue to express confidence about the future because Exxon is producing more oil and gas in the Permian Basin and in the offshore waters of Guyana and Brazil. The company has also committed to maintaining its dividend, which yields more than an 8 percent return on its share price.