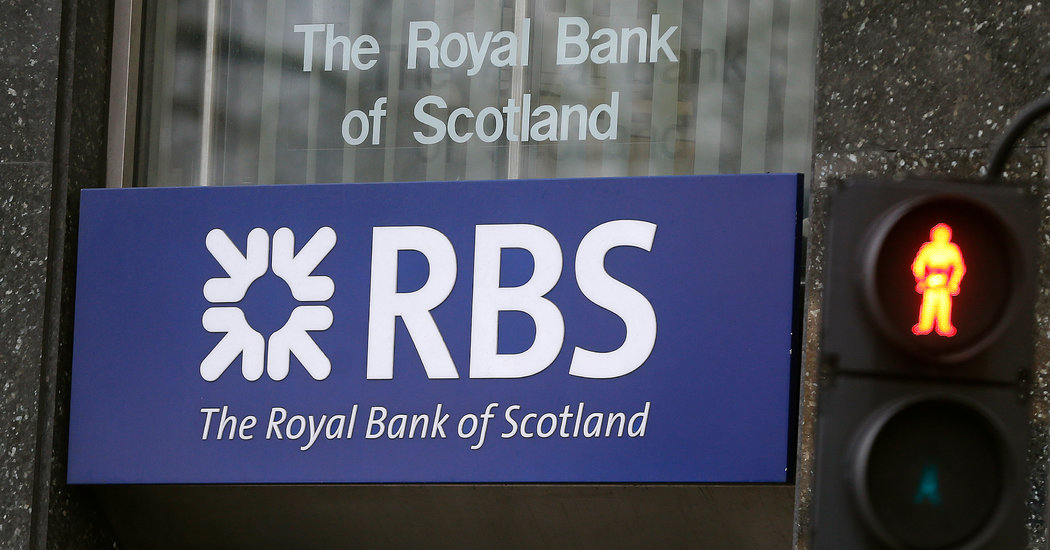 The European Commission said Thursday that it had fined Barclays, Citigroup, JPMorgan Chase, Mitsubishi UFJ Financial Group and the Royal Bank of Scotland a combined 1.07 billion euros, about $1.2 billion, for their roles in foreign exchange trading cartels.

The penalty followed billions of dollars in fines that various government regulators levied on major banks in 2014 and 2015 over their participation in the manipulation of the foreign currency market.

The commission’s action stemmed from what it deemed to be anti-competitive practices by two cartels that operated from 2007 to 2013. Previous related investigations by the Justice Department, and by regulators in the United States, Britain and Switzerland, examined criminal misconduct and civil violations and had increased scrutiny of currency trading desks.

“Foreign exchange spot trading activities are one of the largest markets in the world, worth billions of euros every day,” Margrethe Vestager, Europe’s commissioner for competition policy, said in a statement on Thursday. “The behavior of these banks undermined the integrity of the sector at the expense of the European economy and consumers.”

Individual traders from each of the five banks traded large amounts of currencies including the euro, the pound, the yen and the United States dollar for major companies, pension funds and asset managers.

Although the traders were direct competitors, the commission’s investigation found that they had exchanged trading plans, shared sensitive information — including details of their customers’ orders and evidence of their identities — and even coordinated strategies during chats on Bloomberg terminals.

“Some of the traders created the chat rooms and then invited one another to join, based on their trading activities and personal affinities, creating closed circles of trust,” the commission said in a news release.

One of the fines levied by the commission, which covered communications by traders in three chat rooms, will cost Barclays; the Royal Bank of Scotland, or RBS; Citigroup; and JPMorgan about €811 million altogether.

The groups, which went by the names “Three way banana split,” “Two and a half men” and “Only Marge,” operated from December 2007 to January 2013, the commission said.

A second fine involved a chat room known as “Essex Express ‘n the Jimmy” because the traders involved, except for one named James, lived in Essex, a county northeast of London. The members would meet on a train to the city, the commission said.

The Essex chat room and one called “Semi Grumpy Old men” operated from December 2009 to July 2012. Barclays, RBS and the Mitsubishi bank, which was then called Bank of Tokyo-Mitsubishi and is widely known as MUFG, were collectively fined almost €258 million by the commission over the activities in the two chat rooms.

UBS was involved in both groups, but was not fined because it disclosed the cartels’ existence to the commission. UBS avoided a €285 million penalty, the commission said.

“This is a legacy matter where UBS was the first bank to disclose potential misconduct,” the bank said in an emailed statement on Thursday. “We’ve made significant investments to further strengthen our control framework since then and are pleased this matter is resolved.”

UBS was among a group of the world’s largest banks that paid a combined $4.25 billion in 2014 after investigations into manipulation of foreign currency markets by regulators in Britain, Switzerland and the United States.

Except for MUFG, the banks identified by the commission on Thursday applied for leniency and received lesser fines in exchange for cooperating with investigators. All five banks received separate 10 percent reductions for acknowledging their participation in the cartels.

Citigroup, JPMorgan, Barclays and the Royal Bank of Scotland pleaded guilty in 2015 to federal crimes in the United States and, along with UBS, paid $5.6 billion in penalties for manipulating the value of currencies.

MUFG said in a statement that the investigation had found that the “high standards that we aspire to in our business were not met on this occasion.” The bank noted that it had taken measures to prevent such behavior in the future.

JPMorgan and the Royal Bank of Scotland both said they were pleased to have reached settlements.

JPMorgan said it had made “significant control improvements.” RBS said that “today’s fine is a further reminder of how badly the bank lost its way in the past and we absolutely condemn the behavior of those responsible.”

The fines announced on Thursday may not be the commission’s last word on the issue. It said it would “continue pursuing other ongoing procedures concerning past conduct in the Forex spot trading market.”