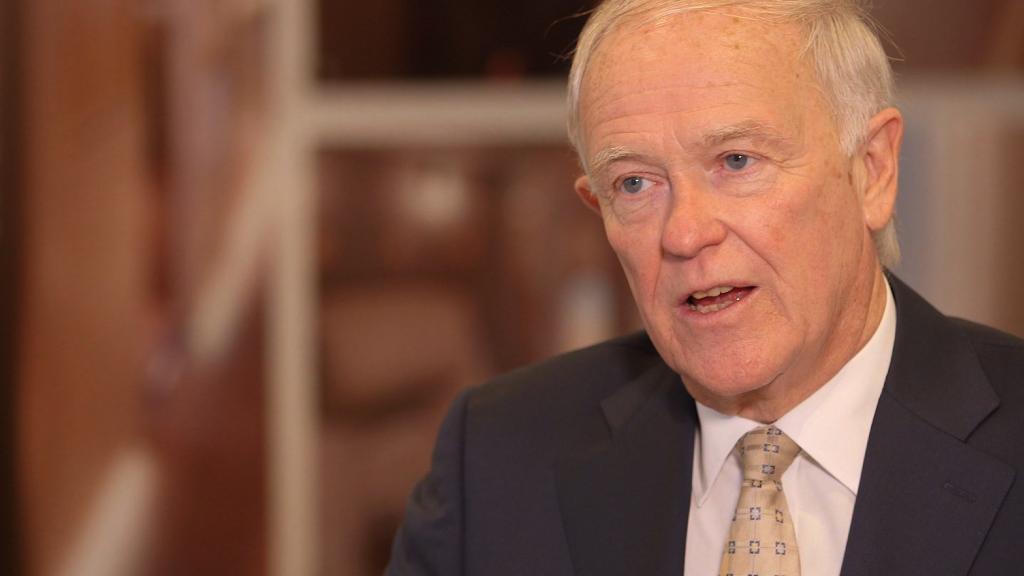 The carrier on Sunday kicked off the biennial Dubai Air Show with a commitment to buy 40 787-10 airplanes from Boeing. The order came as a surprise to many as a fresh commitment for dozens more superjumbo Airbus A380s was widely expected.

The jets won’t start arriving in Emirates’ fleet until 2022, but the carrier, which has more than 200 jets on order from Boeing now, has been battered by rising oil prices, increased competition, falling fares and a Gulf region beset by political chaos.

“We’re kind of getting used to trauma, whatever that may be, geopolitical, economic, terrorists, call it whatever it is. We’re getting better at it. This is what we do and we have to be able to take the business on, grow the business,” said Emirates President Tim Clark in an interview with CNN.

In addition to the deal with Boeing, Emirates unveiled a new first class for its long-range 777 jets. The opulent suites feature some technology firsts for commercial aviation, including video chat to contact a flight attendant and virtual windows that pipe in fiber optic video for the suite in the middle of the jet’s cabin.

But traffic growth is at the lowest level in the region since the global financial crisis in 2009, according to Bernstein Research. Rivals Etihad Airways, based in the nearby United Arab Emirates capital of Abu Dhabi, is in the midst of a management and strategy overhaul after its bets on ailing European carriers Air Berlin and Alitalia turned sour. And Qatar Airways remains in the midst of a regional embargo after the UAE and many of its neighbors cut off diplomatic ties to the Gulf state.

“We’ve faced a flat-lining of demand for all the reasons out of our control. We have adjusted our capacity…it’s only 2% growth, but does that mean to say Emirates is going to be stuck at 2% growth? I don’t think so,” said Clark.

The phase of slow growth for Emirates comes after a blistering expansion that has added 100 A380s and 109 777s to its fleet over the last decade. That rapid expansion has drawn howls of protest from U.S. and European carriers who allege Emirates, Qatar and Etihad are unfairly reshaping the aviation market with subsidized state support.

But the tumultuous landscape has forced Emirates to adapt, retiring older planes and aligning itself with its low-cost sibling FlyDubai. The carrier began its operations mimicking Southwest Airlines and flying shorter flights around the region with fewer frills. FlyDubai at the show unveiled new lie-flat seats to attract business fliers accustomed to the opulent perks found on Emirates.

The UAE may still undergo a broader airline consolidation and Clark said a similar alignment or collaboration with Etihad may materialize over time.

“I take guidance from my bosses, basically, if they want to take it on, we can do a lot of things,” said Clark. “There are things we can do immediately without conflicting with competition rules in the overseas markets and getting better value for both [Emirates and Etihad].”

Sunday’s Boeing deal comes after Emirates in 2014 canceled an agreement with Airbus for 70 long-range A350 jets after the plane maker decided to redesign parts of the airplane.

The Boeing deal is worth $15.1 billion at list prices, but airlines regularly receive discounts of 40% to 60%.

While a significant win for Boeing, “this is the weakest Dubai Air Show in terms of orders in many years, with only 60 orders after the first two days (2015 had 126 orders and 2013 had 552 orders),” wrote Bernstein analyst Doug Harned.

The twin-aisle 787-10, which seats about 320 passengers, doesn’t have the globespanning endurance of the larger jets in Emirates’ fleet. Instead, the aircraft will likely be deployed on new and existing shorter regional flights that don’t need the range or enormous capacity of the Boeing 777 and double-deck A380, for which Emirates is the largest operator of both planes.

“It gives us far more in our arsenal to deal with the type segmentation of demand that we’re looking at in the next decade,” said Clark.

Over the long term, Emirates plans to move its operations to the new Dubai World Central Airport from Dubai International Airport. The new gateway will eventually be able to accommodate 220 million passengers flying through every year. That’s more than double the 104.2 million passengers that used Atlanta’s Hartsfield-Jackson International Airport in 2016, the world’s busiest airport.